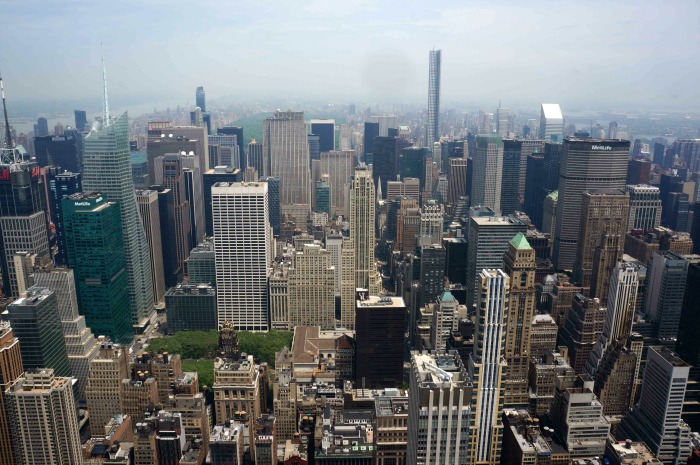 This past May, I met up with two old friends I hadn’t seen in almost a year for a girlfriend getaway in New York City. My friends and I reside in different parts of the world, but we arranged for a reunion in Manhattan, which we figured would make an ultimate destination for a fun and memorable getaway.

Tips for a Girlfriend Getaway to NYC

Although I’d been to New York several times before, this was the first time I was going to stay an entire weekend there, and I was stoked.

Our weekend was everything a girlfriend getaway in NYC should be—crazy, exciting, insane, exhausting, jam-packed, unpredictable, and most importantly, a total blast.

We were going to be checking items off our New York City bucket list.

Here are ten tips for those of you gal pals who would like to escape to the Big Apple for a weekend, but do so on a budget.

If your time in the city will be short as ours was, try to stay close to where you want to be. In the end, you’ll save both time and money.

My friends and I didn’t plan to venture outside of Manhattan, so we stayed in an apartment in Midtown where we could easily walk to city staples like the newly renovated Empire State Building and Central Park.

While hotels and hostels have their benefits, we found that we actually got a pretty good deal by renting a fully-furnished studio apartment instead using HomeAway.com.

We loved the apartment’s homey feel and enjoyed having use of our own bathroom, kitchen, and living room.

As we were in New York, we planned on going to several typical tourist spots and actually saved money (and once again, time) by using a New York CityPass instead of paying for each individual attraction.

A city pass grants you free entry to the best sites like the Empire State Building, the Metropolitan Museum of Art, and the Top of the Rock, as well as numerous tours. With these passes we also got front of the line access to skip long queues.

Pack an Appropriate Variety of Clothing

I’ll be honest—living in Ohio, I don’t really have that many occasions to dress to the nines and go all out for a night on the town.

What would a visit to NYC be without one glamorous evening (or two) hobnobbing around Manhattan? We all made sure to bring our most glamorous clothes to paint the Big Apple red.

Also packed in our suitcases were practical shoes and more relaxed clothes for days spent walking and touring all over the city.

Plan Ahead, Be Flexible and Expect the Unexpected

While it may be possible to see and do everything you want to in NYC over a weekend, I’m guessing that’s for a small majority.

Instead, we chose the few places we all wanted to go to and made a tentative itinerary, keeping in mind the time it would take to get there, the lines we might have to wait in, and how we wanted to stay in each attraction.

NYC is a crazy city. Expect delays and changes in plans. Know that you may not see everything you want to see, and be okay with that.

Sure, navigating is incredibly easy using your smartphone, but do you really want to carry around your phone in plain sight the entire time you’re in New York?

Although New York is far safer than it used to be, theft is not unheard of. Instead, grab a free map from the tourist office and compare the two to get around seamlessly.

Use Apps and Websites

Tools such as Yelp and TripAdvisor can help you figure out where to wine and dine, but do your research beforehand—and don’t be afraid to explore.

Some of the best restaurants and bars we went to were actually stumbled upon quote by accident.

Our first night in New York, my friends and I just wandered around our neighborhood in Midtown and went into wherever looked good. But the following day, we chose where to go based on customer reviews and weren’t disappointed in the least!

At some point, unless you plan on walking and taxiing everywhere, you’ll probably need to use the bus, the train, or the subway. This MTA app is incredibly helpful, as you can not only have access to all transport timetables, but you can also see maps of the subway system and plan your trips.

Don’t get Drunk Pancakes at 3:00 am After Night on the Town

This is one mistake I made while visiting the Big Apple. Trust me—as good as they might seem at the time, just don’t. Your stomach (and pocketbook) will thank you in the morning.

With so much to see and do, don’t expect to sleep very much. We certainly didn’t!  But that was okay. Every day, we made sure to hit the closest Dunkin’ Donuts (which is as ubiquitous as Starbucks in NYC) for a cheap, delicious iced coffee for a pick-me-up.