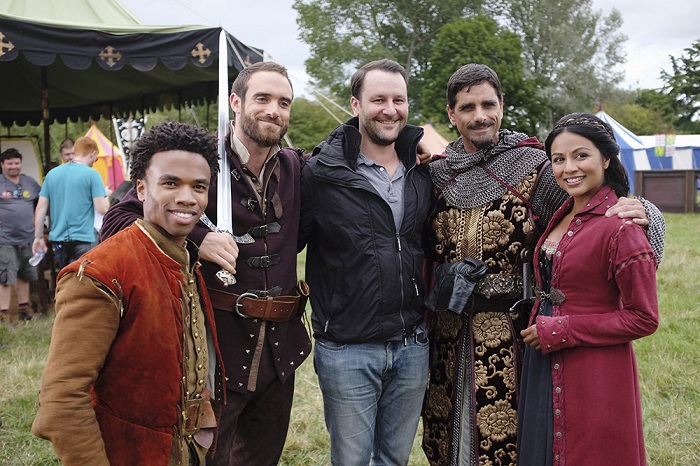 “If you like Princess Bride, Game of Thrones and Monty Python, you’re more likely to like this show than those that don’t.” This is straight from Dan Fogelman (Tangled, Cars), the creator of ABC’s new show, Galavant. He also goes on to say that is a “fun way to explain it because there has never really been anything like it on American TV.” 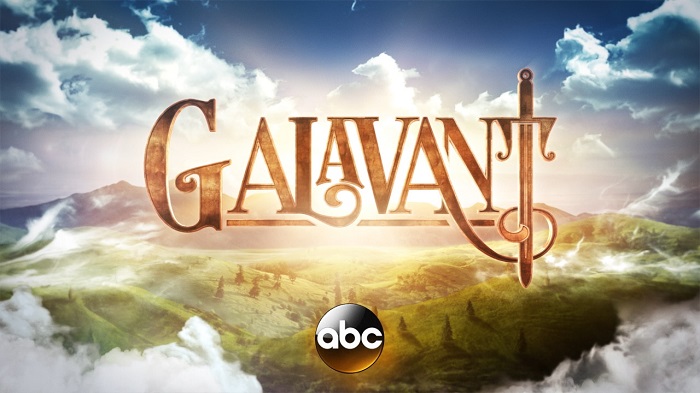 Galavant is a musical series about an “unrequited love and the return of a hero.” In just it’s first 8 episodes, you will see cameos by a handful of great actors. John Stamos appears in the pilot episode as a rival knight to Galavant (Joshua Sasse). Hugh Bonneville (Downtown Abbey), Ricky Gervais (playing a magician named Xanax), Rutger Hauer, and even Weird Al Yankovich make an appearance on the show in the first 8 episodes.

The show is shot in England, so everything you see in the scenes is real. Authentic castles and monasteries all over the English countryside. Pirates ships in the middle of the ocean. The costumers on the show also worked on Downtown Abbey and the crew is all English-based. Dan wanted it to be 100% real and you can see the outcome of that choice in the show.

Even the main character, Galavant is played by an Englishman. Joshua Sasse believes he was (jokingly) conned into the role. He did not realize it was a musical when he agreed to do it. In fact, upon finding out he would be auditioning with Disney Legend Alan Menken his thought was simply, “I can’t sing for Alan Menken. I’m going to die.” Fortunately, his musical background groomed him well for the part and he landed the role after belting out a song from “Into the Woods” in front of Alan. 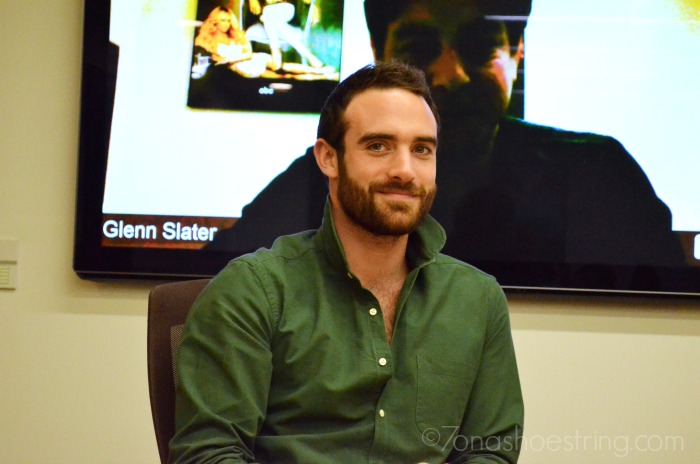 Speaking of Alan Menken (Tangled, The Little Mermaid, Beauty and the Beast), he and lyricist Glenn Slater (Tangled) collaborate on the songs for the series. After working together with Dan on Tangled, and what Alan calls going “through the trenches” on that one, Galavant has brought a nice 3-way collaboration. They feel as though it runs like a well-oiled machine and the cast and crew get along well. Glenn says that the talented writers of the show make his job easier. After sitting in on a brainstorming session with them, he can put lyrics to the music much easier and quicker.

Of course, Alan and Glenn are pros at what they do. So far for Galavant, they have written about 24 songs and 33 musical moments for the first 8 episodes alone. The pilot episode actually has the least amount of songs, but Dan Fogelman says you will hear more and more as the episodes continue. Most of the singing is live performances mixed with recorded studio snippets. Mostly though, the actors are giving full performances for the camera. Yes, all the actors on the show can REALLY sing!

Perhaps my favorite quote from our interview with these guys came from Mr. Alan Menken himself (who was truly remarkable and friendly to chat with). He tied everything up with this in relation to working on musicals, the character trait you need the most is the

“absolute willingness to throw stuff out immediately. never get emotionally attached to anything. throw it out if you have to….At the end of the day it’s really about storytelling and staying true to an artistic paradigm, a form, and the characters. It’s not about your individual work.”

As far as the content of the show, Dan says that they do “push the envelope” but he doesn’t think it is anything concerning. Joshua describes it as “tongue-in-cheek humor” that parents and older children will understand, whereas the younger ones will not.

You can watch the season premiere of Galavant TONIGHT on ABC at 8/7c. Watch for updates and more by liking Galavant on Facebook and following @GalavantABC on Twitter.