Disclosure: We received a complimentary meal at Five Sixty in celebration of our anniversary. No other compensation was given. All opinions are 100% my own.

Have you ever seen the Dallas skyline? Perhaps the most iconic landmark recognized within the skyline is the Reunion Tower. The 560 foot landmark houses the glowing ball that can be seen for miles around.

Upon finishing a 68 second elevator ride to the top of the ball, we were immediately welcomed with 360° views of the Dallas skyline inside Five Sixty by Wolfgang Puck. Plus, we were met with an aroma of delectable dishes and soft chatter of other diners. It was a surreal environment and incredible to take in as we first arrived. 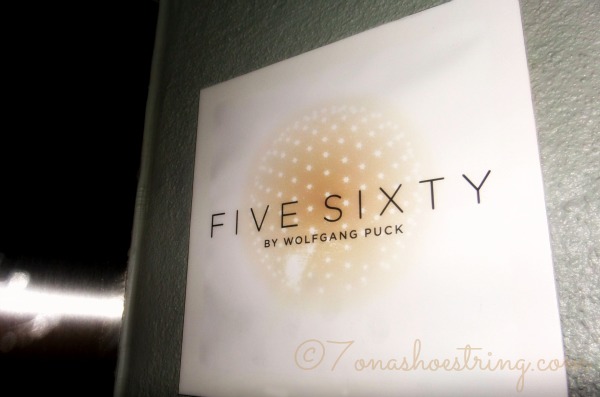 After carefully stepping onto the slowly rotating floor, we were seated at a cozy table for two near the window. We immediately took note of where we were starting our evening so that we could count our rotations as we sat and enjoyed our meal. In fact, we were almost directly facing our hotel for the evening when we were seated: the Omni Hotel.

Upon studying the menu and asking both the waiter and manager what they recommended, we made our choices and watched the scenery rotating outside the window while we awaited our meal. It was not long before we were brought one of the Chef’s Special Dishes: Tempura Green Beans. They were incredibly delicious. 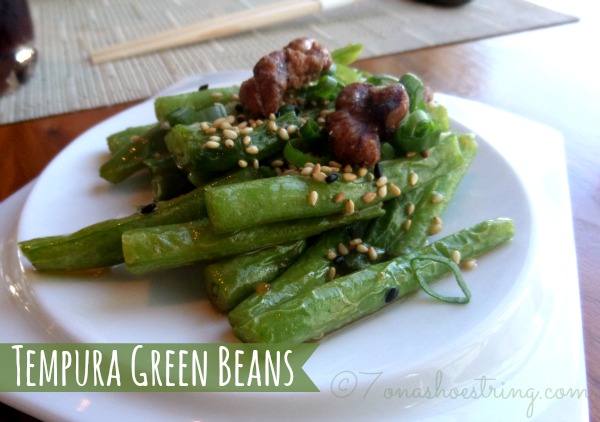 Having ordered an appetizer representative of our traditional anniversary dinners, we awaited the delivery of our Gulf Shrimp Lettuce Bowls. Wow! The tempura shrimp added a terrific taste to the new twist on an old favorite for us. 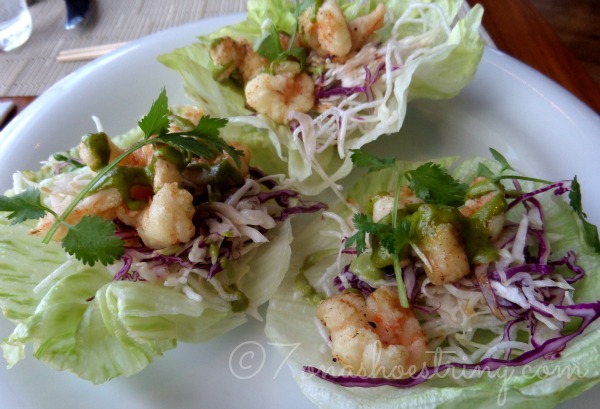 Just as we finished our appetizer, we were brought our next course. Colby ordered the Wok-Fried Striped Bass, whereas I decided on the General Tso Crispy Quail. My Quail arrived prepared and garnished, just waiting for me to partake of it. Colby’s bass was brought out, filleted and served at the table. It was entertaining to watch how the entire process happened… and how quickly it took place. 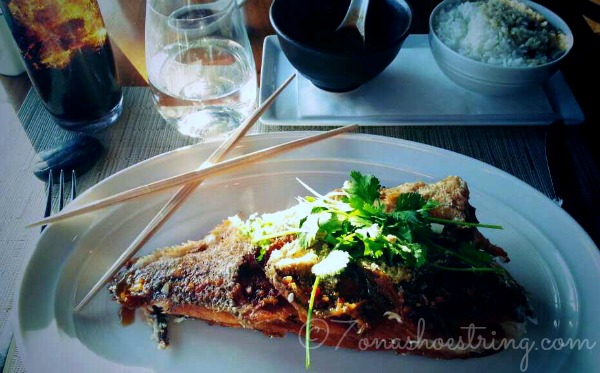 Dessert was my absolute favorite. My sweet tooth was ready for the mouthwatering desserts we had already watched get delivered to others dining near us. Colby chose the Key Lime Cheesecake and I chose a dish I had never tried: Bittersweet Chocolate Soufflé. I had only heard of the dessert or seen it in movies, but never had the opportunity to order one.  Therefore, I did not hesitate in requesting it and we waited as patient as possible for its delivery. 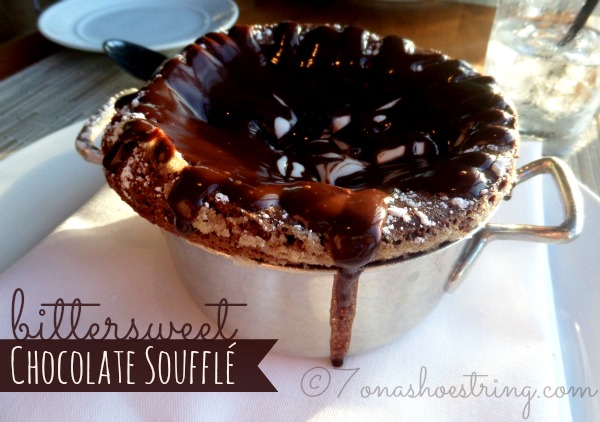 The soufflé soon arrived for table-side preparations. Once the top was gently opened, the waiter gently laid a scoop of gelato and crème fraîche whip cream into the warm confection. One bite and I was in love. The moist cake was light and fluffy. While coupled with the cold, smooth-tasting gelato and tangy-tasting whip cream, the chocolate cake was divine.  I cannot wait to try a soufflé again. In fact, THIS soufflé would be a great bonus!

What is your favorite part of the meal? Do you typically save your appetite for dessert?

Previous Post: « Headed Back to School at Monsters University
Next Post: Thicker and Fuller Hair for Men from Viviscal »