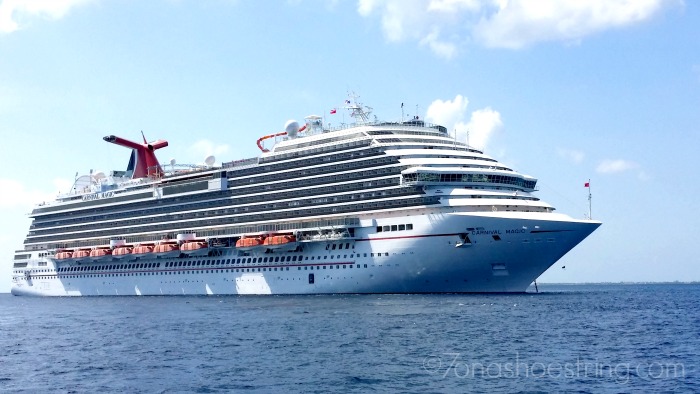 When I originally thought about cruising, I had no idea how much there was to do aboard the ship. I mean, I had seen commercials and read the information, but it just was not real until we stepped aboard the Carnival Magic for 7 days that it all made sense.

Planning for our offshore excursions was only one part of the family fun we had planned. As soon as we arrived in our stateroom we discovered the activities and fun that awaited us aboard the ship. The itinerary in our rooms each day mapped out a day of fun for all of us… no matter our ages. Although the girls spent most of their time in Camp Carnival (they didn’t want to leave to join us sometimes), Colby and I spent a lot of time enjoying the other activities with the teens. 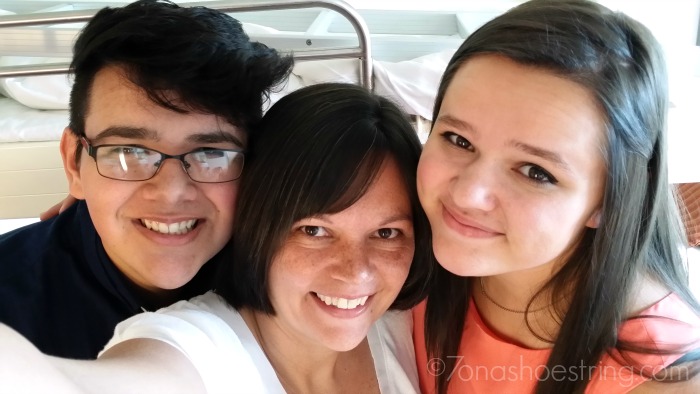 There was trivia, sports (such as dodgeball), karaoke, games, dancing, and comedy shows to partake in. Not to mention, the various clubs and other areas of the shop offered a host of things to do no matter what your taste in fun may be.

Our oldest daughter, Cheyenne, also managed to schedule out our days so that we did not miss any fun trivia showdowns or comedy acts. We looked forward to laughing at the terrific comedians they had on board each night in The Punchliner Comedy Club. The men and women that performed each night were hilarious and it made for the perfect evening as we all settled down for the evening. Both the adult and family shows were terrific and gave us the opportunity to laugh together. 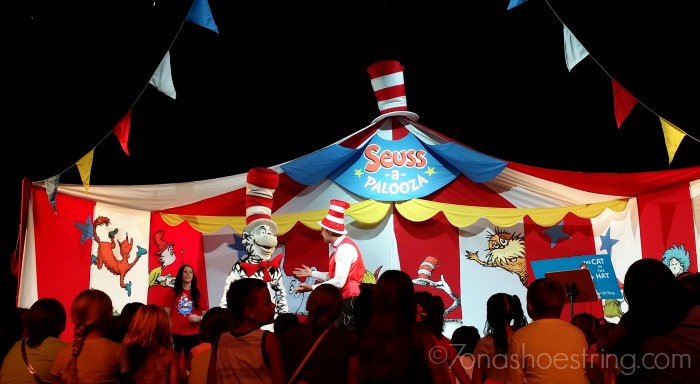 One afternoon, we took the girls to the Seuss-a-palooza parade and storytime. The Cat in the Hat led a trail of face-painted children and parents from one end of the ship to another where we all sat and listened to the story together. The girls loved sitting on stage with the storybook character and being able to interact with him. 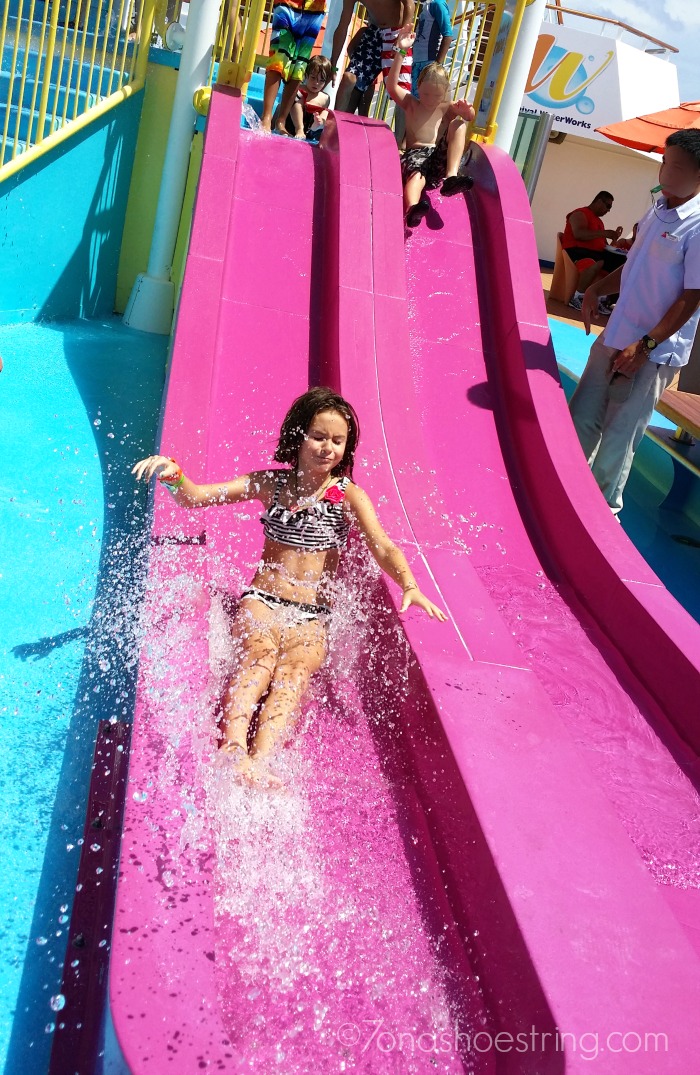 When we simply wanted to take in the sun and cruise, the pools and hot tubs on board the ship were the ultimate way to cool off. Whether sliding down the WaterWorks slides or watching a dive-in movie, taking a swim any time of the day was just what the kids ordered. 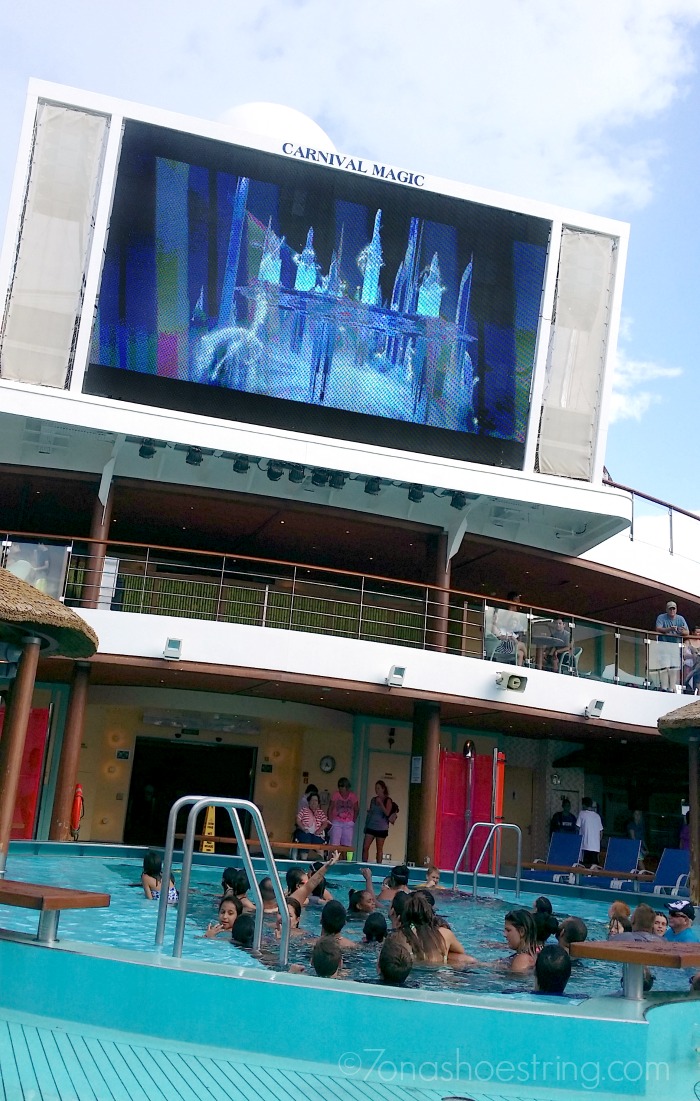 As we sat at port one day we even decided to stay on board and explore even more activities. We spent the morning at SportSquare competing against each other and discovering all there was to do. We started with the ropes course and then moved on to putt putt, ping pong, basketball, foosball, and soccer. There was definitely not a lack of things to do in that area of the ship. 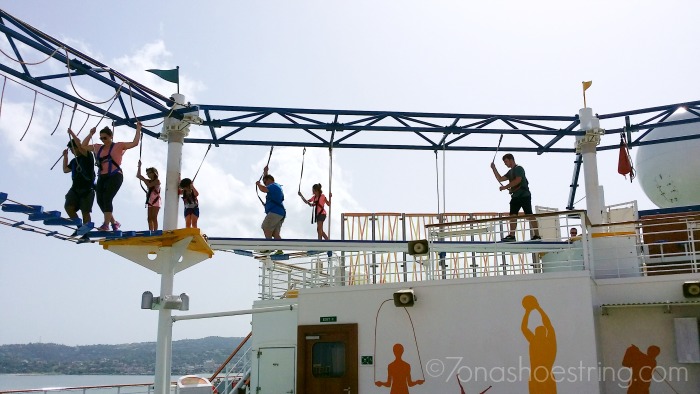 As crazy as it sounds, one of the most fun things we found to do was to walk to the front of the ship each night. We had such a great time up there simply enjoying the view and talking about all we had done that day. It was a fabulous way to spend time together and reflect on the fun we were having. One night, the wind was a little more than it had been and we ended up having quite a good time taking advantage of it. Take a look:

Seriously. Aboard the Carnival Magic you can have fun everywhere no matter what your age!

PACKING TIPS FOR YOUR NEXT CRUISE 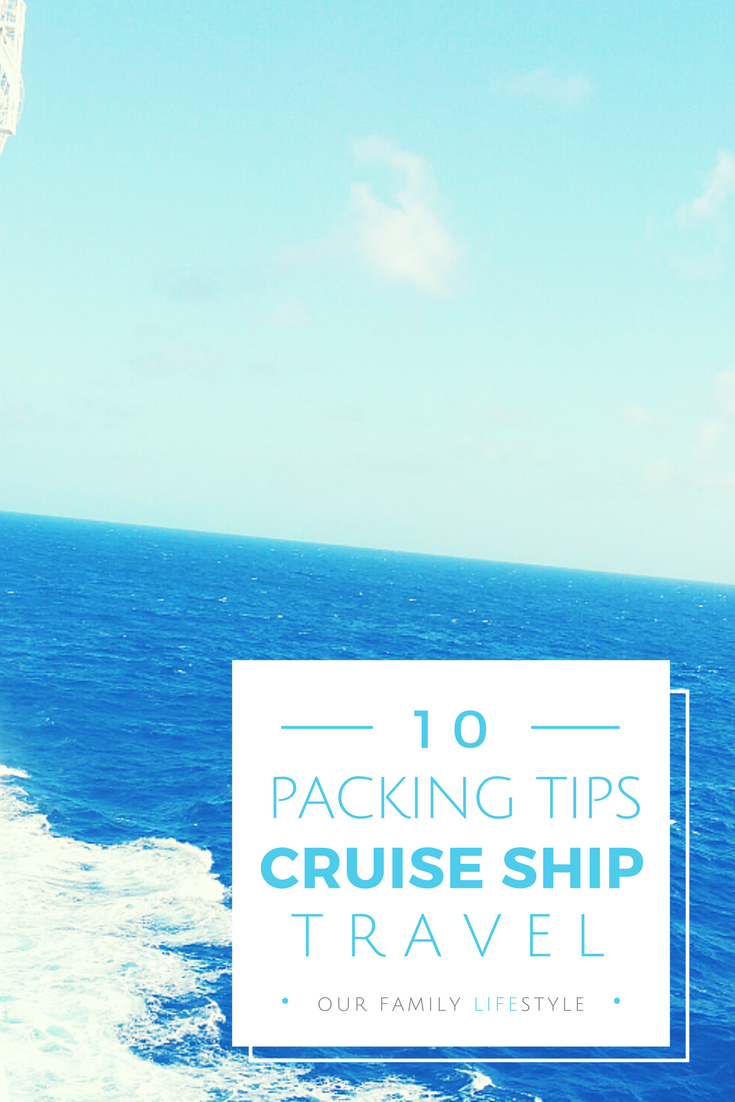