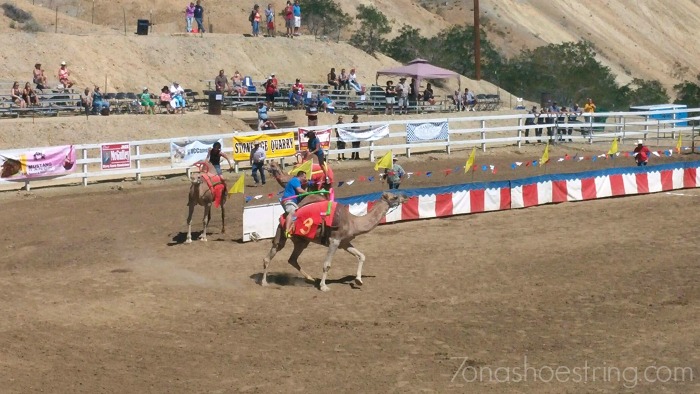 Is racing a camel on your bucket list? I must say, I never thought it would be something on mine. But when given the opportunity recently, Colby and I seized the chance. Why not? During our visit to the Reno-Tahoe area, we were asked if we wanted to join the Virginia City Camel Races. After thinking about it for a minute, we said yes. It sounded like a fun adventure. It’s not everyday you get asked to race camels. 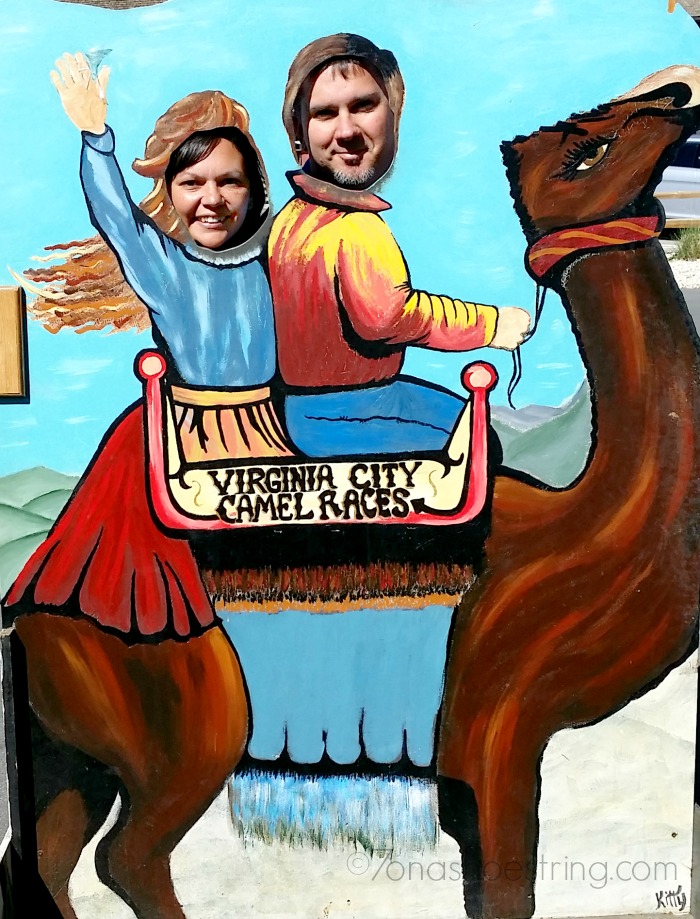 The trek to Virginia City, Nevada was a curvy, scenic drive through the mountains. Up to the top we ascended until we reached this small, bustling town. The views were picturesque, people were friendly, and the history was rich. 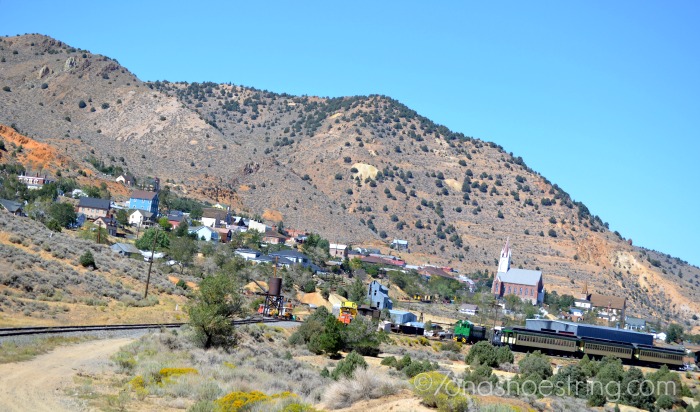 We were immediately led to the camels and began to get to know the animals we would be riding. Calm and cool in the holding area, I think we were completely unsure of what to expect. During orientation we were given all the scenarios. The possibilities of being thrown. The additional insurance policy available for purchase. How to ride. The do’s and don’ts. We were honestly a bit more intimated after all that, but not enough to back out yet. 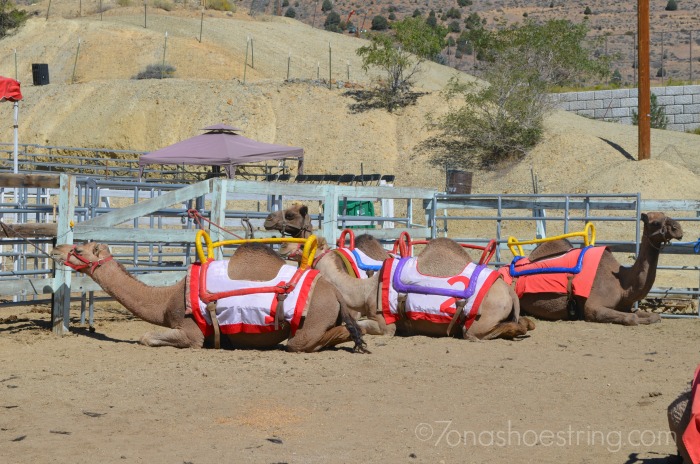 Colby and I both rode a camel at walking speed to get a feel for what we would be riding. We were told how to position our bodies. Where to place our feet. And how to hold on to the camel’s hump. Then it was time to wait until our heap was called. Watching the riders before us was actually calming. With the exception of one rider who slipped down a little (without falling off), everyone stayed on and was unharmed. This gave us more confidence before our ride. When our names were called we prayed with our fellow racing jockey and were out to the field. Ready to race. 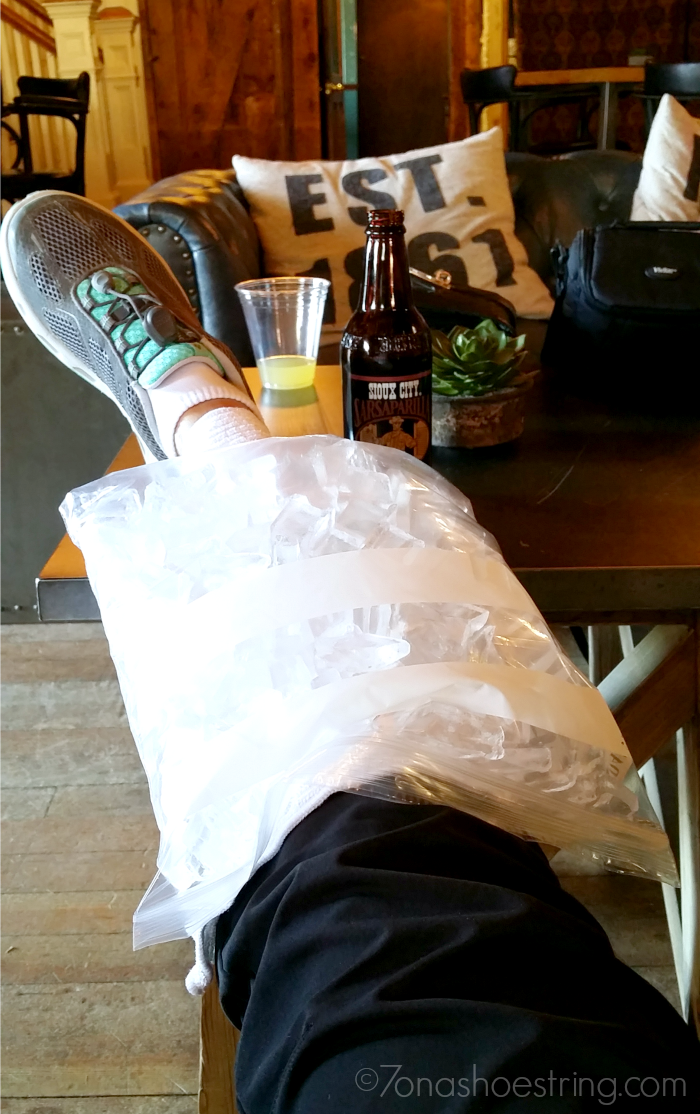 We had last minute changes at the chutes once they saw each of us. Knowing the temperament of the camels, they gave Colby the fastest, most aggressive camel. Being the only guy in the heap, they decided it would be safest. I simply wanted to stay on the camel. Walking out to hop on my camel I was both psyched and nervous. By the way, when I say “hop” I mean just that. I climbed up the metal chute and just as I did, the camel moved as far to the other side as he could. I had no choice but to jump across and land in position. So I did. 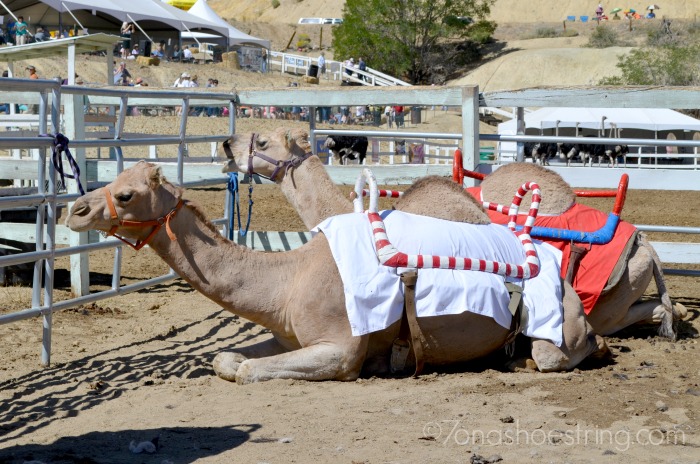 Well, the hop must have been too much for my particular camel because he went down. Both front legs to the ground. The handlers worked to get him up, but as he did all 600+ pounds of him fell into the metal wall of the chute sandwiching my leg. A quick jolt to the other side left me with a few scratches… but we were then on our way out of the chute.

Holding on to the rein as well as the hair of the camel’s hump with both hands, we were off! Colby’s camel took off with enormous speed while the other racer and I lagged behind. As we rounded the track, I took the inside lane and pulled ahead of her to finish second. Most importantly though, I finished… almost… completely unharmed. Nothing was broken. I was still alive and breathing. It was exhilarating and amazing. A little ice and heat therapy on my leg for the evening and all was good! 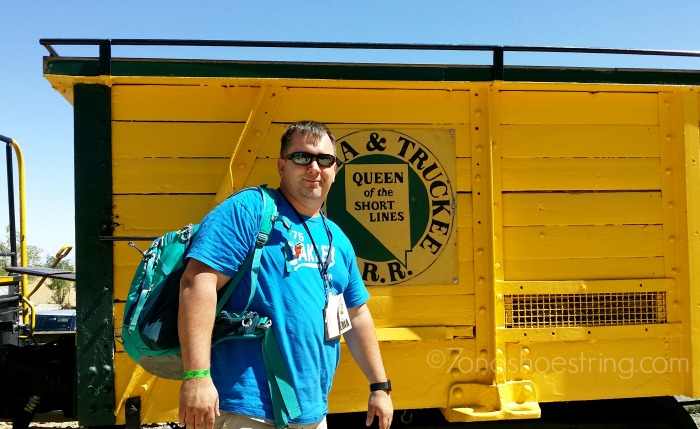 Afterwards, we were able to see more of Virginia City. The V&T Railroad was our first stop as Colby was able to check an item off his bucket list. 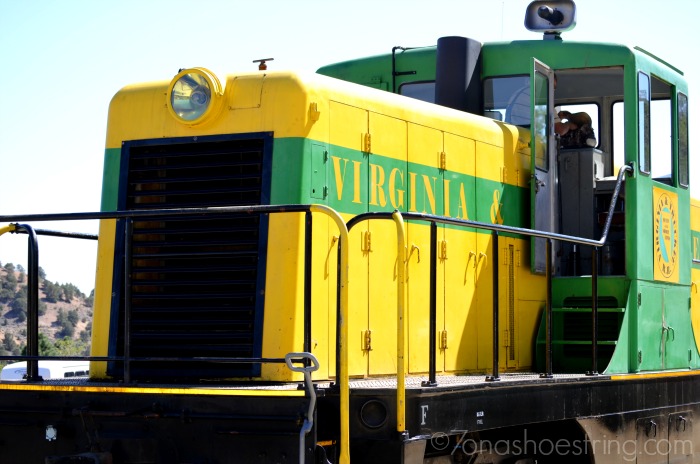 We then walked through the town checking out the saloons, antique shops, and local artistry. Overall, it was an incredible day of discovery, adventure, and down home fun. Be sure to take a look at all Virginia City has to offer if you are headed to the area soon.