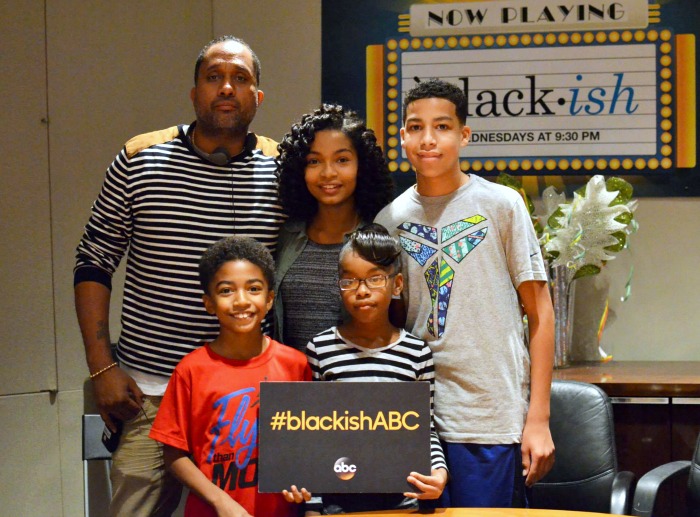 Kenya Barris, the Creator and Executive Producer of black-ish, based the show off his own family. He is a father of 5 and describes the definition of “black-ish” from Dre’s (Anthony Anderson) perspective as “a lot more homogenized for his kids than it was for him growing up.” 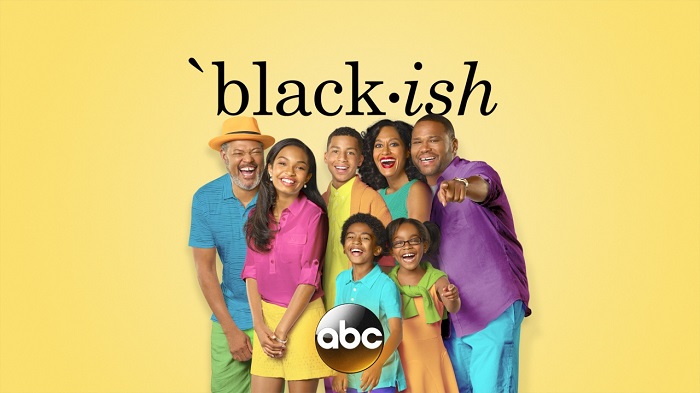 Kenya Barris looked at his own children and realized that the definition of growing up black for his children was not the same as the childhood he experienced. Yet, as he looked deeper at his children’s friends and others around him, he noticed that there was no “black or white kid left in America. They are all just sort of a blend of everything else” and we have all blended into this homogenized layer of what America is. As far as the show is concerned, Dre is dealing with that very issue with his children. And I know that Colby and I face that reality with our own children. It draws us further into the show because, as parents, we can relate.

But what is it like being a child on the cast of an incredible new comedy hitting the air? ABC’s black-ish is drawing a large audience and the kids from the cast are really starting to grasp the celebrity status their show is bringing them. Sitting down and talking to them last week was such a joy. Down-to-earth, fun and friendly group of kids that seemed to love the new journey they’re on. 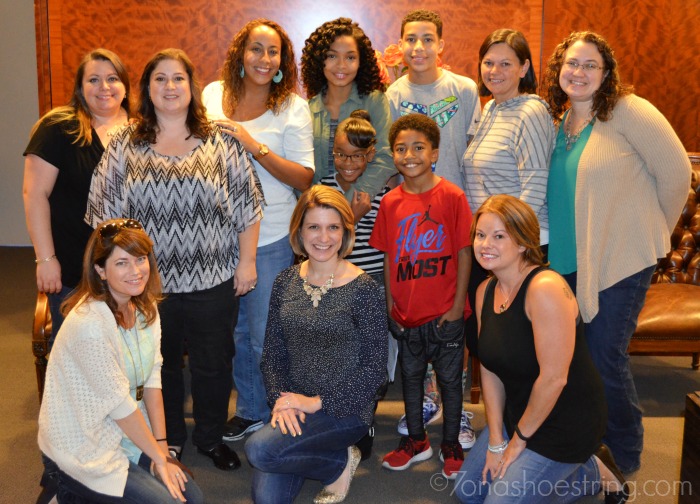 It was exciting to listen to each of these kids discuss how much fun they have on the set with each other. Marsai Martin described it as a “dream come true” and I can only imagine that to be surreal. These 4 children are definitely living the dream and doing it well. Yara Shahidi (Zoey) talked about how it doesn’t even feel like work. It’s an amazing experience as they get to learn from “comedic geniuses” says Marcus Scribner (Andre Jr.).

In fact, one of my favorite things I noticed as the kids all sat and talked to us was the fact that even though there were four chairs for them to sit, Marsai chose to share a chair with Miles. They play twins Jack and Diane on the show and you can see the bond they have even off the set. At one point in the interview they even begin to intertwine their sentences as they discuss what it’s like on the set:

Yes, this was the very point we all fell head over heels for this group of kids. Watching them interact with each other and seeing the relationship they have is fabulous. Marsai is the only one without siblings, but feels as though the others are her extended family. Love that! Their bond is real and you can sense the authentic way they engage on the show.

And just how much are they like their characters on the show? Yara is probably the most different from her character, Zoey. Yara doesn’t care as much about social media and often has to be reminded to jump on and mention the show. And although she likes looking nice, her obsession with fashion is not as defined as Zoey’s. Plus, Yara spent the summer taking classes at Cambridge. She enjoys reading and her studies are a high priority for her.

Marcus is similar to Yara in that regard. He is an honor student and focuses on his studies in hopes to get into one of the great Pac-12 Universities, such as Stanford. He plays lacrosse, very much like field hockey his character plays, and says he can see a lot of himself in Andre Jr. Miles Brown, who plays Jack, says the same thing about himself. He is into basketball and sports, as well as acting and dancing.

As far Marsai, she likes social media and defines herself as “quirky.” She likes the computer and enjoys sports such as cheerleading and gymnastics. One crazy fun fact I learned about her as well? She is from my home town! In fact, in my same neighborhood! Of all the small towns in Texas, she is from right here. My daughters found that to be so exciting… especially since she is the same age as my middle daughter. I couldn’t help but get excited over finding that out.

Each of the kids talked about how much support they have received from their family and friends. Stories about teachers, aunts, and grandparents… probably the best stories from the grandparents… sharing the news and offering love and support for the show.

Oh, one of the best interviews ever followed this one actually… we interviewed their parents! This was so much fun. Being able to ask them how their kids got to this point and listening to them talk about their kids… as one family… was amazing. In fact, so much so that they deserve their own post. Watch for it! Plus, don’t forget to catch the kids doing their thing on black-ish, Wednesday nights at 9:30/8:30pm CST on ABC. And follow the #blackishABC hashtag to learn more about the show.