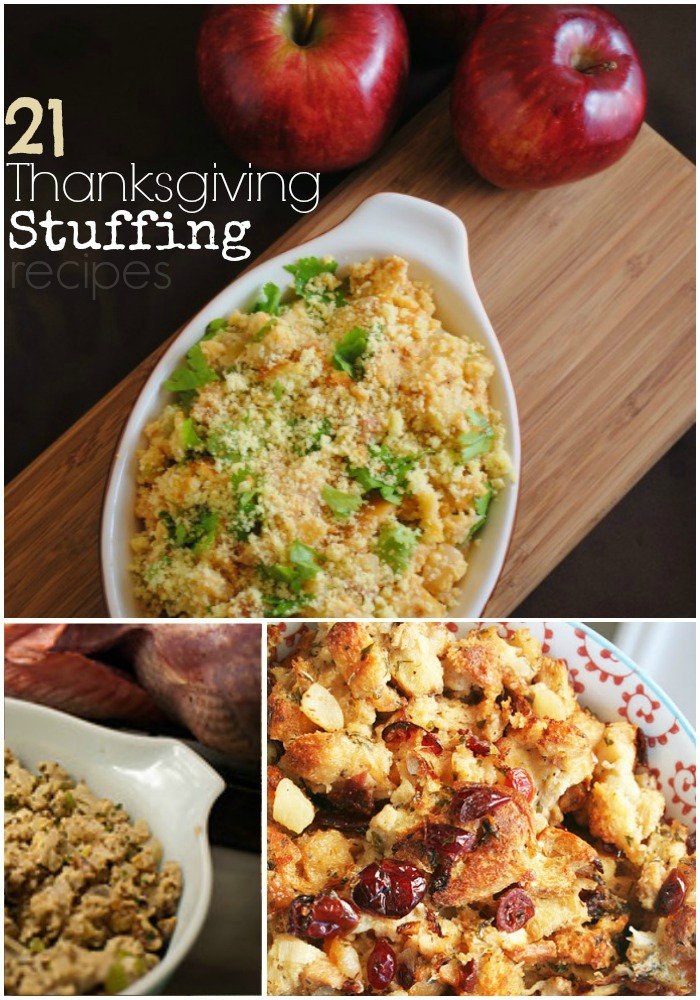 Have you ever given much thought to the fact that there is more than one way to make Thanksgiving stuffing? I mean, really. Have you thought about it? All I know is that my mom makes a mean corn bread stuffing and I look forward to it each year. But, as I began looking around Pinterest, I noticed that there are so many other kinds of stuffing. I am not sure I am open for change, but it was a delicious, eye-opening experience. One that I totally thought I should share with you.

Do you eat a more traditional stuffing or go for something a little different? Plus, diet restrictions or choices can also change the recipe. Whether grain-free, gluten-free, paleo, meatless… whatever your diet calls for, there is something new to try. It was interesting pulling the list together and discovering so many new ways to make a Thanksgiving stuffing.