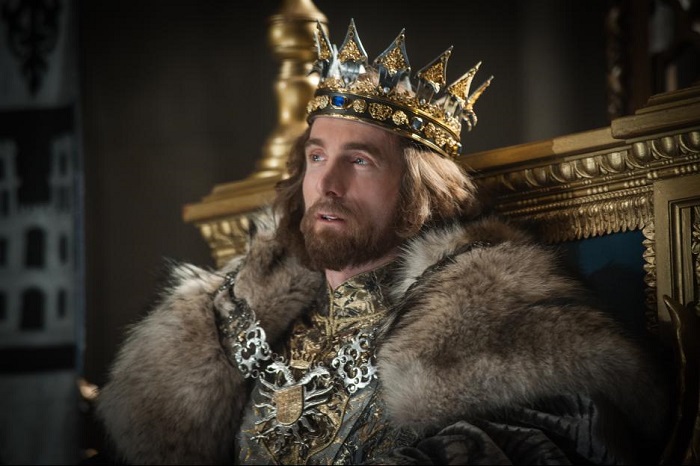 Meeting Sharlto Copley, you realize how opposite he is from his character in Maleficent. Although we never see a dark side to King Stefan in “Sleeping Beauty,” his true persona in Maleficent is revealed. But Sharlto Copley? An incredible gentleman that portrays the “chivalry is not dead” traits women adore.

As we sat and awaited Sharlto Copley’s arrival, we were met with a delightful smile when he walked in that was carried throughout the interview. This guy was genuine and incredibly nice to talk to and hold a conversation with. I almost had a tough time seeing him as the same person as King Stefan. I even asked him how he stepped into the role each day. 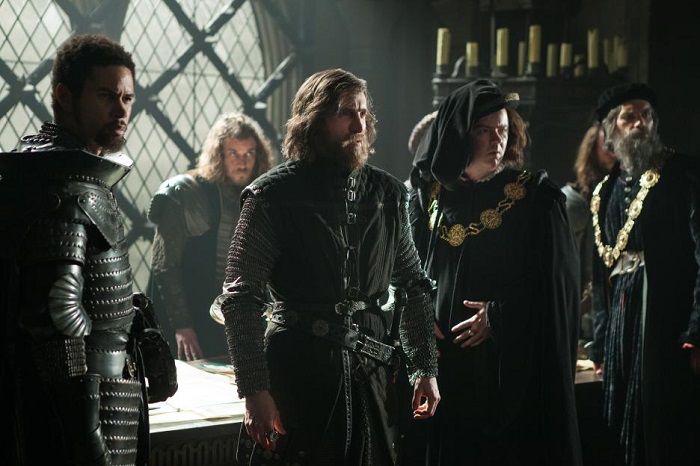 *POSSIBLE SPOILER BASED ON YOUR KNOWLEDGE OF KING STEFAN*

Considering the fact that Mr. Copley does not particularly enjoy playing villains, he actually found his character “quite unpleasant” in some ways. Therefore, he made the role into a “cautionary tale for men with Stefan of what happens when your male drive and ego and ambition get carried away with itself.” In fact, he compared it to a story we see can see played out in today’s society: a very successful, wealthy man whose family is in complete disarray. There is not time to spend with the wife and kids as his ambition plays into the forefront and becomes an obsession. Their desire to be the “king of their castle” trumps their family and everything else.

Preparing for the role meant that he dug inside himself for that ambitious alpha male. Then, he would have to take that to its extreme form to properly display the characteristics he needed for King Stefan. Although, there were times when he would find himself coming through and would ask that they stop so he could “get back into character.” Becoming someone else.

Emotionally, he struggled with a very important part of the movie (wait until you see it). It was actually very painful for him because of his amazingly caring heart. Honestly, I loved hearing that from him! Once you watch the movie you will completely understand. The emotions, the pain, the incredibly intense betrayal as the scene plays out. Mr. Copley was fantastic and I can only imagine what a scene like that can take out of you. 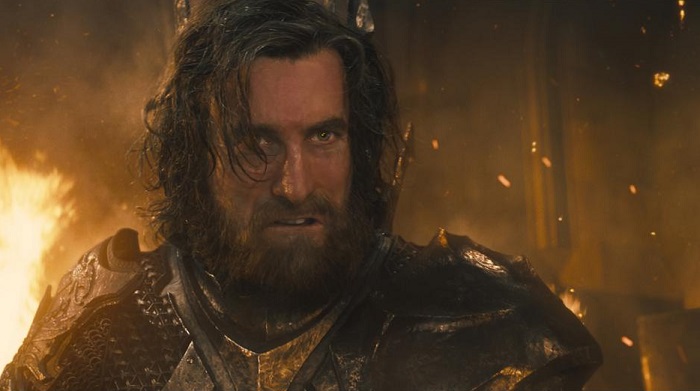 He is nothing like Stefan in real life, so you can very well see how talented he truly is. Knowing that everything in him was taught to go against what King Stefan was doing in the movie, he had to work against his own desires and override his instinctive thoughts. In fact, I could not help but tell him what an incredible job he did in the movie. His response:

“You have to sort of try and find someplace where you can justify it to yourself and it’s not easy.”

Wait and see. Simply astounding performance. He told us that he looks for “as much human truth as possible” and is very apparent in the movie that he did a terrific job.

Perhaps my favorite message that Sharlto Copley shared as a message to dads this Father’s Day:

Even when we stepped out on the balcony to take group shots, Mr. Copley opened the door for us and waited until we were all outside before exiting. He did the same upon coming back inside. He wanted to hand us back our recorders after the interview. He was the perfect display of a gentleman and completely won me over with his chivalry. I am looking forward to seeing him in more productions after this opportunity to talk with him.

Be sure to catch our interview with Angelina Jolie, who plays Maleficent, as well as Elle Fanning (Aurora) and Director, Robert Stromberg.

Watch Sharlto Copley in Maleficent when it hits theaters on 5/30. Like Maleficent on Facebook and follow @Maleficent on Twitter, as well as the hashtag #MaleficentEvent to learn more about the movie and get updates before and after its release.