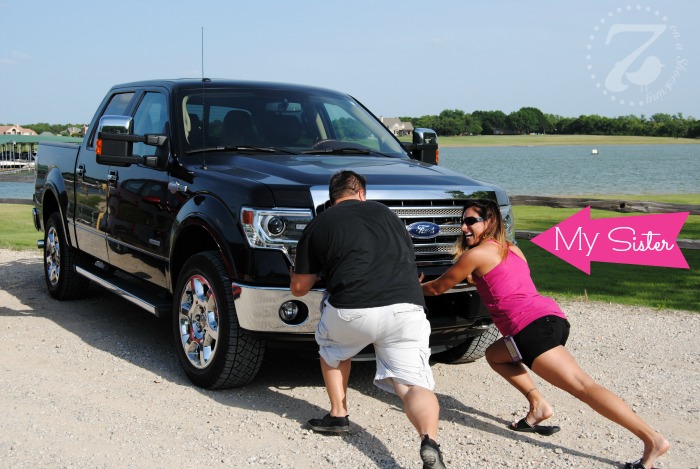 Disclosure: This is part of a compensated campaign with Latina Mom Bloggers and P&G. However, all opinions expressed are my own.

Are you one of those people that thinks, “That will never be me?” No matter what the situation, you feel as though it could never happen to you. Or perhaps you are the other type of person. The one that thinks if it can happen to anyone… it WILL be you. I think, for me, it depends on the situation. When it comes to cancer, I am normally on the it’s going to be me side of thinking. My family has a running history of cancer. All types.

My sister works in the medical field. She is probably more in tune with all things “medicinal” than most I know. So, of course, she knows all about Early Detection Awareness. She is adamant about her yearly check ups. This year, her doctor found a lump in one of her breasts.

My sister is 4 years younger than me.

She couldn’t tell me. She told my mom. My mom eventually told me. I am not the worry type… unless it is my kids. But, when my mom was diagnosed with cancer, I had a peace come over me that told me she would win her battle. She did. When I found out about my sister, I again knew she would be alright. But the days leading up to that prognosis were still tough.

My sister is the baby of our family. We have a brother between us. She has always been the most sensitive. Seeing her worry over the outcome of her upcoming mammogram was hard to see.

The day of her mammogram was also my 39th birthday. My mom had already purchased tickets for the three of us, my oldest daughter, and my niece to go see Anita Renfroe. It was supposed to be a fun girls’ night out. And it was. There was a part of the show where Anita talked about losing her grandmother to breast cancer and we all cried together. But, we also prayed together for my sister. That everything would be okay. 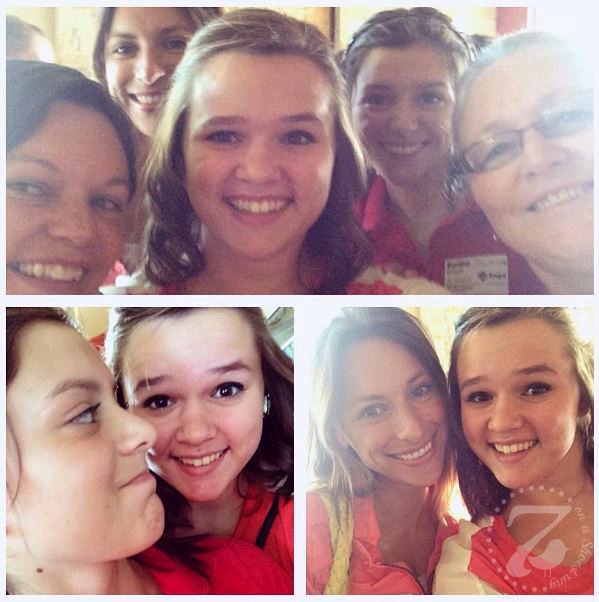 And you know what?

She got the call a few days later. It was benign. Everything was well and good. But, my sister’s attitude towards early detection was key. It became a vital role in what could have been a scary, treacherous battle for our entire family.

Breast Cancer Awareness facts can save your life… or the life of someone you know:

How can you help? Tell others about early detection. It is the best defense in the fight against breast cancer. Create your own early detection plan and then get your girlfriends to follow suit. Men can take part in spreading awareness by encouraging the women in their lives to take action as well. If nothing else, begin with a self breast exam and stay aware of your own body.

Are you at least doing regular self-check ups?

Visit P&G everyday for more information about the importance of early detection, to access the NBCF’s Early Detection Plan App and to hear P&G employees’ inspiring stories about moments made possible in their lives due to early detection.

You can also find FREE screening clinics nationwide as part of the P&G partnership with the National Breast Cancer Foundation. No excuses!

How do you feel about the importance and means of early breast cancer detection?

Limited to US residents 18 years old and above only. One entry per household. Winners will be contacted via email and given 48 hours to confirm win. By entering you are giving me permission to send your contact info to the sponsor for shipping purposes. 7 on a Shoestring is not responsible for prize fulfillment. Please allow up to 8 weeks for delivery. Not affiliated with Facebook or Twitter. Void where prohibited by law. *All entries will be verified. Sponsor reserves the right in their sole discretion to disqualify any entry content at any time in the event it is determined that the entry content is offensive, inappropriate, fraudulent, not in keeping with Sponsorʼs image or if it is determined that the entrant has not otherwise complied with these Official Rules.