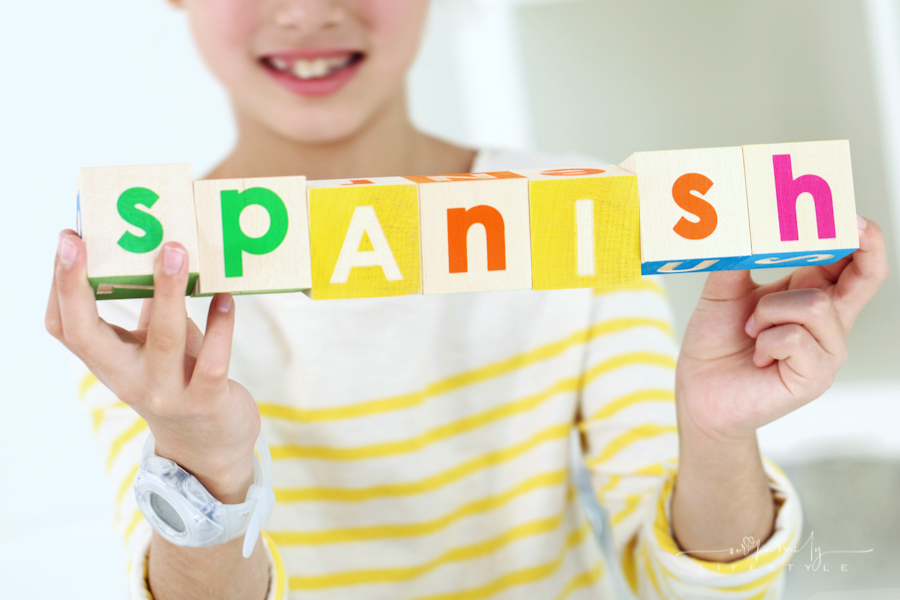 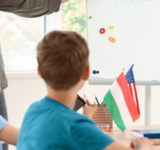 Numerous studies have been conducted on the subject of learning language and enhanced cognitive ability.

Our working memory increases, the grey matter of the brain is denser and there are more connections made with every new word of a new language.

Furthermore, our cognitive functions are enhanced, we are more capable of storing important data, and have higher concentration levels.

With this said, encouraging your child to learn another language has countless benefits; according to a 2004 study conducted by Ellen Bialystok, bilingual kids have shown a better performance at recognizing, and dividing different objects and colors as opposed to their monolingual friends.

Bilingual kids are known to pick up certain skills much faster and better, such as reading and writing, and have generally over time made better career choices.

Therefore, we’ll discuss some reasons why parents should motivate their children to learn another language.

Chicago University has once conducted a little study, and the findings changed the way we look at language.

It seems, children who learn another language at a young age develop more empathy and have more tolerance, as they have a better understanding of the “other party”.

Also, bilingualism gives the children an opportunity to explore other cultures, learn about their traditions and habits and have a more open-minded stance towards other nations.

The lack of biases and the tolerance children acquire at such a young age by learning another language makes them less sensitive to trivial cultural differences.

Researchers suggest that the best languages for children to learn, enrich themselves, and become more culturally aware, are Mandarin and Arabic.

Arabic, according to The National, is the world’s richest language currently spoken, as one single word can have up to 12 different interpretations.

Such richness does wonders for the child’s brain development, boosting its cognitive abilities beyond imaginable and the child is prone to making faster connections and better conclusions.

You can always enroll the child in numerous online courses available, so look upAl Kunuz online institute, as they offer pdf and video material and programs specially adapted for children to learn.

Now, imagine the advantages of acquiring a new language as opposed to monolingualism.

Not only will the child be robbed of the opportunity to learn and explore another culture and nation, but it also will be restricted to its native language and lack the cognitive abilities developed by studying a new one.

One thing to note is that the kid gets more conscious of his or her language, how it functions, and its structure, and as a result, becomes more eloquent, has a larger vocabulary, and learns quickly.

As said before, language learning has been linked with a more developed brain.

According to Adrea Mechelli, a higher volume and density of grey matter have been shown in people who have learned another foreign language, and the volume of grey matter has been associated with increased intellect and better cognitive abilities.

Furthermore, the findings were further elaborated with the results of a little experiment. The experiment involved 22 Italian speakers, who at different ages, from the age of 2 to 34, have acquired another language, English.

The results were astonishing, as the speakers who learned English at a young age had the highest density of grey matter and therefore have shown an overall better performance at other cognitive tests as well.

The researchers concluded how learning a language, especially at a very young age can structurally change the brain for the better although similar effects are visible in adults as well.

Therefore, encouraging and motivating your kids to learn another language can make them smarter.

As said in the introduction, knowing several languages can improve your career options later on in life. As we live in the age of globalization, connecting with other nations has never been easier.

This is especially true if you possess knowledge of another language, and therefore you’ll have more career opportunities as opposed to monolingual individuals. You’ll also struggle less at acquiring new skills as the brain is already used to the process.

If nothing else, the fact that you know more than one language makes you stand out from the crowd. Interviewers from HR in big corporations have stated how they differentiate candidates by their respective skill sets.

If you have one out of ten candidates who is bilingual, he or she will have a higher chance of getting the job. Every corporation is more than happy to have someone bilingual as it increases the scope of jobs or assignments the individual can do.

Not to mention how bilingual persons generally make better career choices due to the endless possibilities.

High school students who were bilingual have had higher SAT scores, as they generally had a higher level of concentration as opposed to other students.

We’ll conclude with a simple argument—in our constantly changing society, motivating your child to learn another language will make it easier for them to integrate into the multicultural world we live in.

He or she will grow into a more compassionate, empathetic, and tolerant individual, with better chances of making brilliant career choices and becoming successful in life.