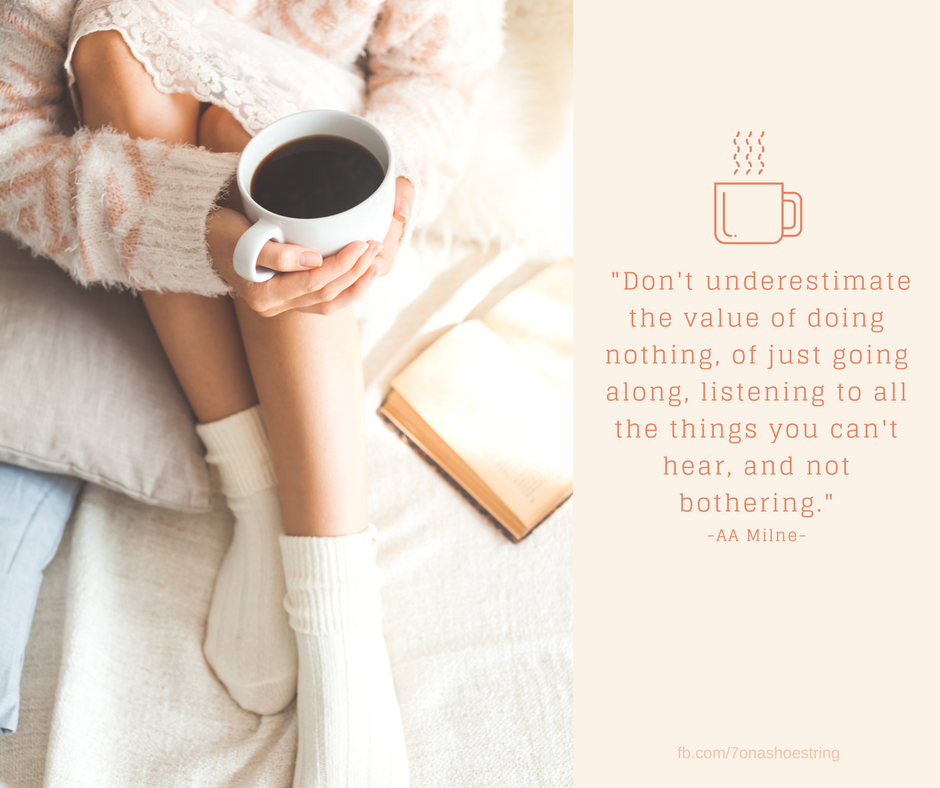 When was the last time you sat and did nothing? How long did it last? No, we’re not talking about sitting in front of the TV folding socks and t-shirts. We’re not talking about chatting on the phone with your best friend. Or the day you sat down to work and ended up reading Facebook threads and Pinterest recipes for twenty minutes. We’re talking NOTHING. Doing nothing at all: simply sitting still and doing nothing. It’s been a while, right? But I gotta tell ya, doing nothing has its value. 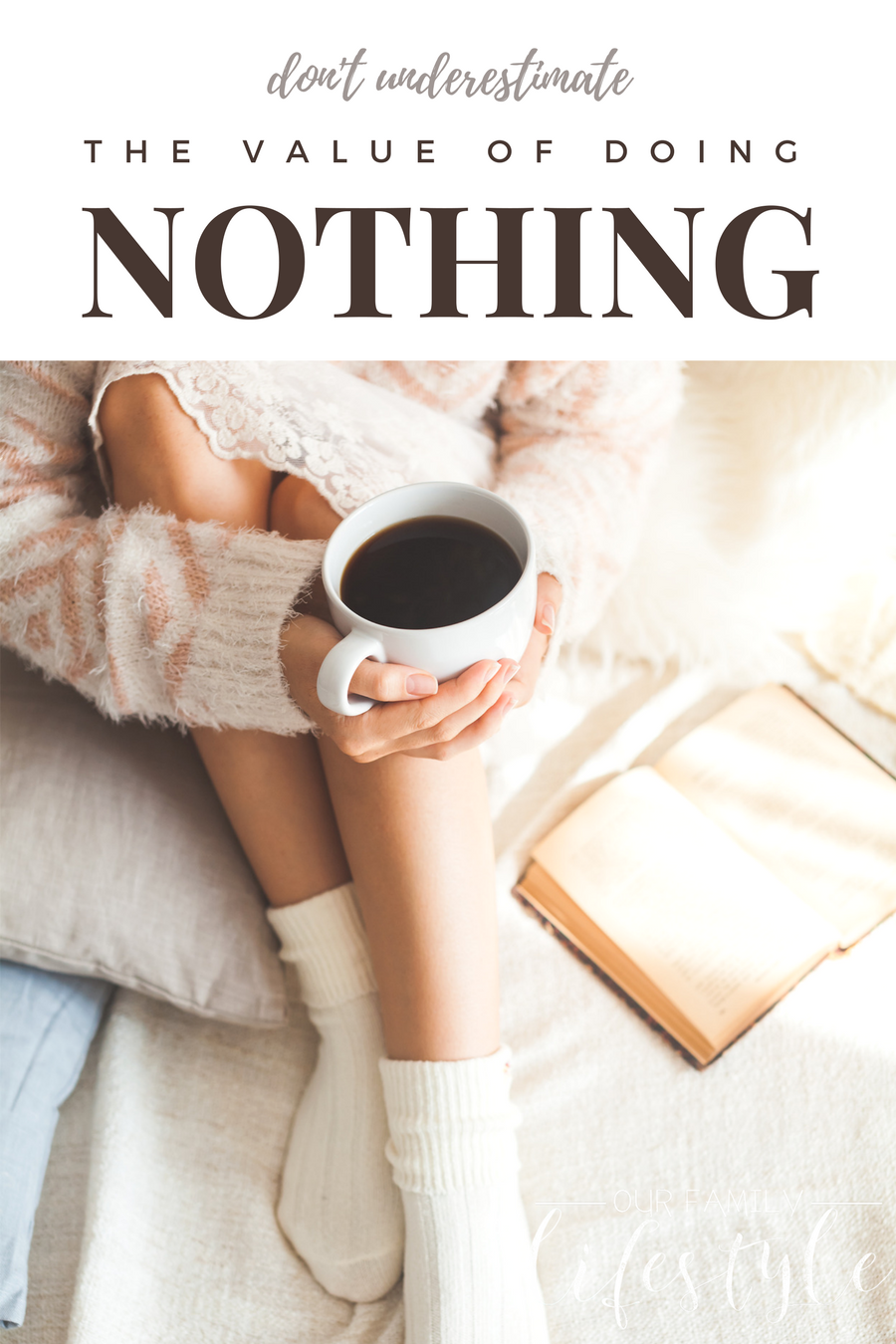 Value of Doing Nothing

Winnie the Pooh author AA Milne said, “Don’t underestimate the value of doing nothing, of just going along, listening to all the things you can’t hear, and not bothering.” Many people will argue that we don’t do that enough. Yet stopping to listen has its benefits.

People often get their best ideas while doing nothing. Walt Disney spent countless Saturdays in Griffith Park watching his daughters play on the carousel, waiting for hours until they were ready to go. It made him wish there was a park where kids and parents could enjoy things together. Was Mr. Disney doing nothing? Um, only coming up with the idea for the greatest theme park in the world — and The Happiest Place on Earth.

Writers, songwriters, actors, inventors and philosophers have all been known to get their best ideas while doing nothing. Whether it’s a nap, a shower, driving, yard work, or cleaning, creativity is often at its peak when we allow our minds to not focus on the problem we’re trying to solve, but instead let it rest. Problems get solved, final acts get written and songs get composed.

Stephanie Meyer says the concept for her Twilight series came to her in a dream. The song “Pretty Woman” was written when Roy Orbison was just playing anything that came to mind. His wife said she was going to go to the store, his partner, Bill Dees, made a comment and Orbison sang “Pretty woman… walking down the street.” The song was finished that day, recorded a week later and a week after that the song was out.

Monks spend hours sitting in meditation. Are they doing nothing? Yes! They’re lowering their blood pressure, clearing their minds, improving their circulation and perhaps learning something about themselves. There’s an old Zen saying recommending meditation for 20 minutes every day unless you’re too busy – then you should meditate an hour.

Consider Baloo’s advice from the cartoon Jungle Book: “If you act like that bee acts…. Uh-uh… you’re working too hard….I’ll tell you something true… the bare necessities of life will come to you.”

Back in the day, people would sit on their front porch. They would basically sit and do nothing. Watch a butterfly or birds in the yard, sip lemonade, or swing on the porch swing. The lazy summer days are nearly gone now — today’s porch sitter would be texting, reading Twitter updates or news headlines. There’s no time for sitting. But perhaps there should be.

Next time you’re headed out on a neighborhood power-walk or out to sit on the deck, consider leaving your phone and tablet behind. Just sit there, sip your coffee and look around. Sometimes a little rest, a little daydreaming, a little cloud watching or stargazing is good for the soul. In the words of Ferris Bueller,

“Life moves pretty fast. If you don’t stop and look around once in a while, you might miss it.”