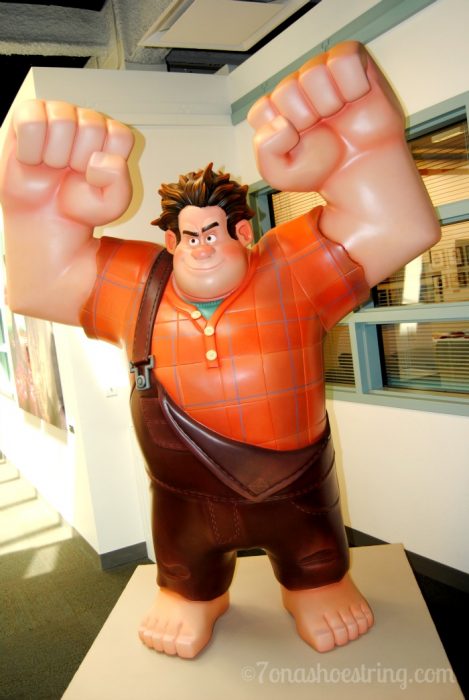 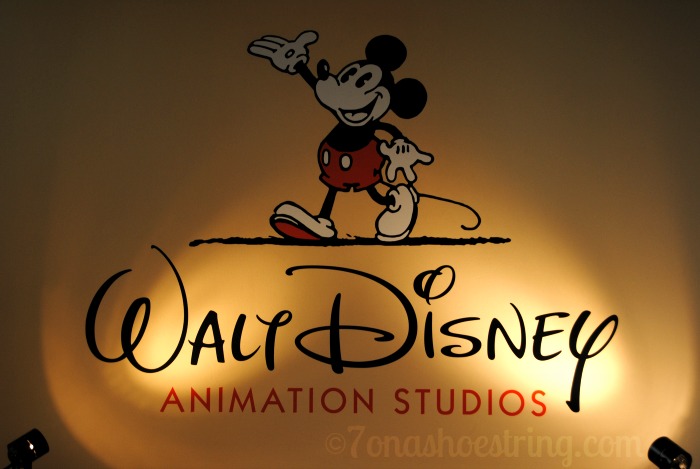 Watching the magic of Disney unfold on the screen is an incredible thing. I mean, we all sit and watch the movies and live through the characters as their stories unfold, but we do not always see how it happens. The hundreds of people that work together behind-the-scenes for years to make one movie for audiences across the world to enjoy for a lifetime.

During my recent Disney press trip, I was thrilled to be able to take a tour of the Disney Animation Studios. But, before our day even began, we were treated to a showing of Disney’s Wreck-It Ralph. In fact, the movie is not yet completely out of production, so we saw a rough run of the movie. Although most of it was finished, there were some scenes not yet fully animated or colored, and it only had a temporary soundtrack. But, that did not stop it from being amazing! I will have a full review and more coming soon.

After screening Wreck-It Ralph we were split into groups: one for interviews and another for a viewing of Paperman. The was my second time seeing the animated short Paperman and it is still one of my favorites. Again, I will have more on it later as well. Patience, my friend. 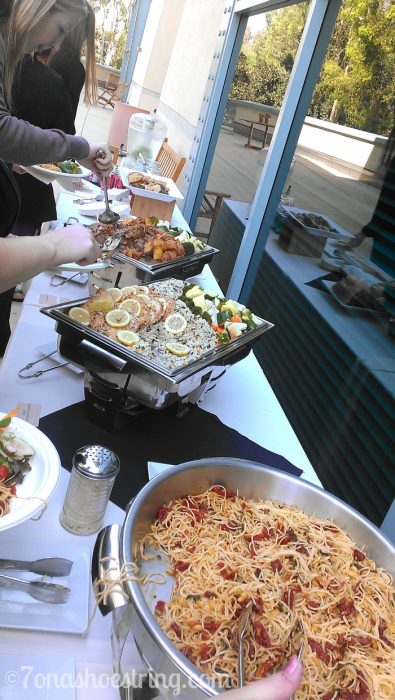 Lunch was served on the patio and the California weather was absolutely perfect for it. The food was delicious and it was a nice break to our day. But, I think several of us hurried through the incredible meal in order to get to the sweets waiting inside. On our way out, we walked past a line of tables covered in candies. For what you ask? A Sugar Rush Car Competition. That’s right! Each one of us had to call upon our creative channels to construct a car from candy and other sweets. Graham Crackers, wafers, toothpicks, frosting, cupcake cups and straws added to the car building parts. It was a fierce competition and only one could take the prize. Of course, the winner was a well-deserved animator of sorts himself amongst the group. (Well done, Jim!) 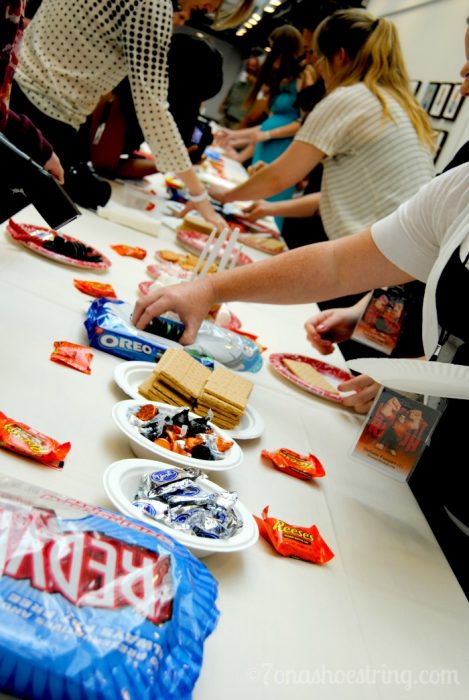 Afterwards, we all took a tour of the studios. I found it interesting that with each movie, the studio creates an entire pod that completely embodies the film. Not only did Wreck-It Ralph artwork line the walls of the studio, but we even found two Fix It Felix Jr. video games in the common area. Plus, the entrance to the pod included a real wood-paneled arcade with games such as Q-Bert, Donkey Kong, and other classics, just like in the movie. Did you know there are 100’s of references to other video games in the movie? I will have this and more facts coming up in an interview post with both the director and producer soon! 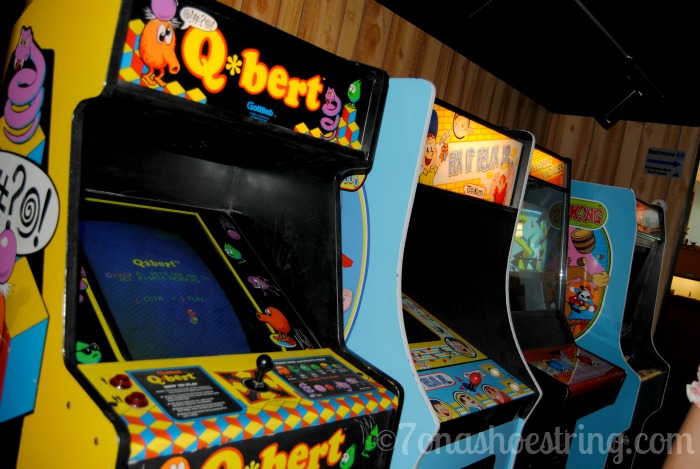 We were given a quick glance through the other half of the studio where the pod construction was beginning. Shades of blue were freshly covering the walls and everything was starting to transform as the work on Disney’s Frozen is underway for 2013. (The artwork alone is incredible). Plus we got to see a very important part of the entire studio: the cereal bar! It looked like a delicious hangout.

Back into groups, we began touring through the studio taking a look at all of the magic behind Wreck It Ralph and other Disney films. My group began with a Drawing Demo. We were introduced to the Head of Animation on Wreck-It Ralph, Renato dos Anjos and Animator Kira Lehtomaki. Kira showed us incriminating video of herself acting out each scene she had to work on. She showed us how she used the Maya software to move and shape each character. How a certain shape of the mouth or arch of the brow could change a character’s entire demeanor. She was incredibly bubbly and seemed to be passionate about her job. Kira also said that it takes about 3-4 weeks to do about 12.5 seconds of a scene. That equates to about 2-3 minutes of film per animator. And, it was at this point that I WISHED I could draw! 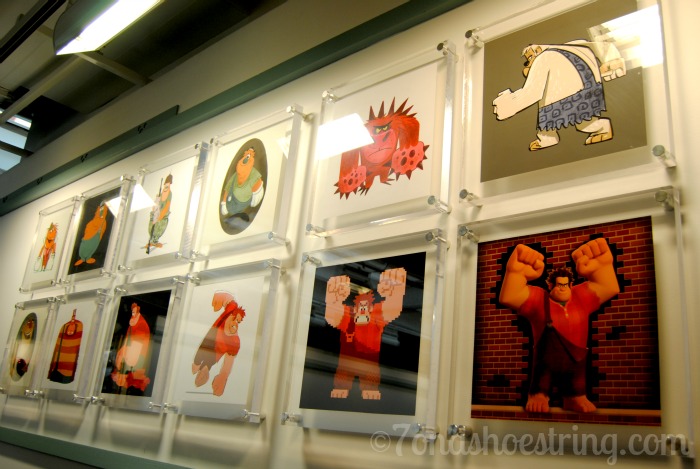 Luckily, Renato was obviously very well schooled in his craft and did a great job teaching us how to draw a few pieces from the movie. Even though he taught well, his students just may have been a little lacking in artistic talent. And when I say “students” I specifically mean me. But, head over here where I show you a step-by-step of his drawing lesson. Now, it was at this point that I promptly remembered that I could NOT draw. I will leave that to the professionals because it was not my thing at all. You will see! 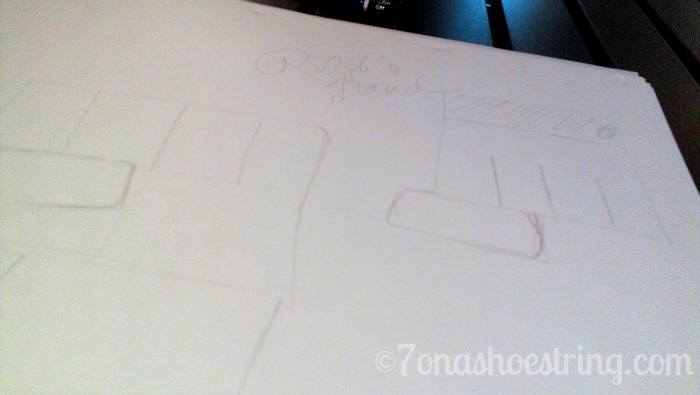 Next, we were able to enjoy a quick voice over lesson in the recording booth. It was quite different and not as easy as you might think. Plus, it was interesting to hear that often times the storyboard artists and animators make it into the film via voice parts. How? In the early stages they use available voices to fill in parts as necessary. But, there are times when those voices become the character themselves and are included in the voice talents of the finished product. One particular story board artist that actually plays two voices in Wreck It Ralph is Raymond Persi. With his coaching and the talents of recording booth technician Gabe Guy, we each became a character in Wreck It Ralph. I will show you those  clips in a few weeks. 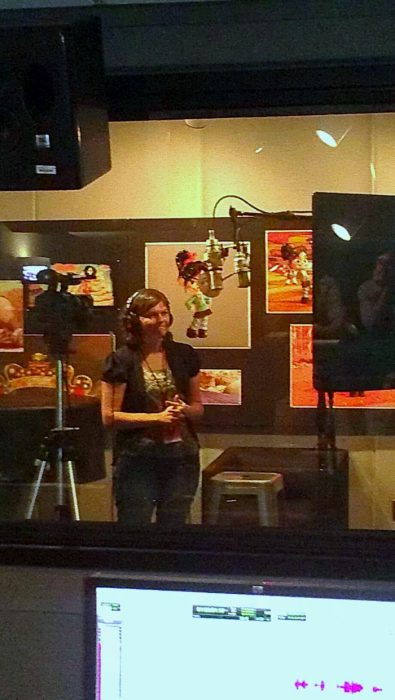 Lastly, we were treated to a slideshow about Animated Acting with Art Director Mike Gabriel and Visual Development artist Lorelay Bove. My favorite pictures were of the many designs of architect Antoni Gaudí, which they used to base most of their building designs in Sugar Rush. Since Lorelay grew up in Barcelona she was familiar with his work and always thought they looked like houses made of candy when she was a young girl. Therefore, when she began to brainstorm about the film it came to mind and ended up making its way into the film. The crew also visited Japan and much of the candy in the movie is based on their findings. The most interesting fact from the session was this from Mike Gabriel:

As a treat before heading back to our hotel, after watching Monsters, Inc 3D to round out the day, we walked through the Disney Legends Corridor. It was such an incredible sight to see all of these amazing actors/actresses hand prints in one place. Walking around and discovering a new one with each turn around a column was such a thrill. 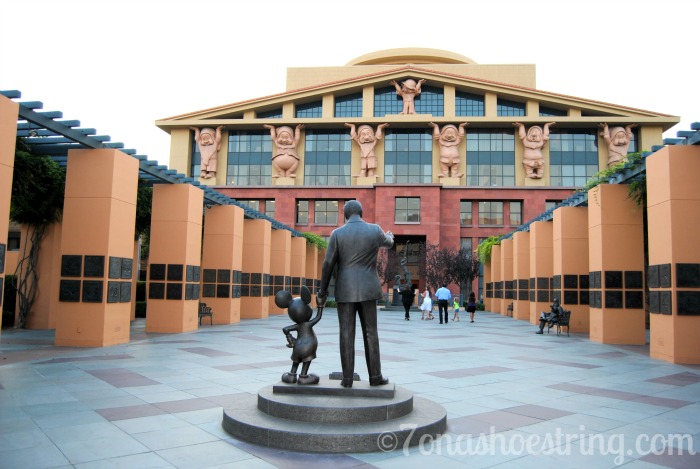 There was one wall with all four of The Golden Girls and another with the hand prints of Julie Andrews. Being a huge fan of every movie of hers, I could not help but lay my hand inside hers to compare. What an amazing set of hands to fill. Others lined the corridor and were icons of many childhoods past. I was grateful to be able to walk the corridor and experience its majesty even for a brief moment. 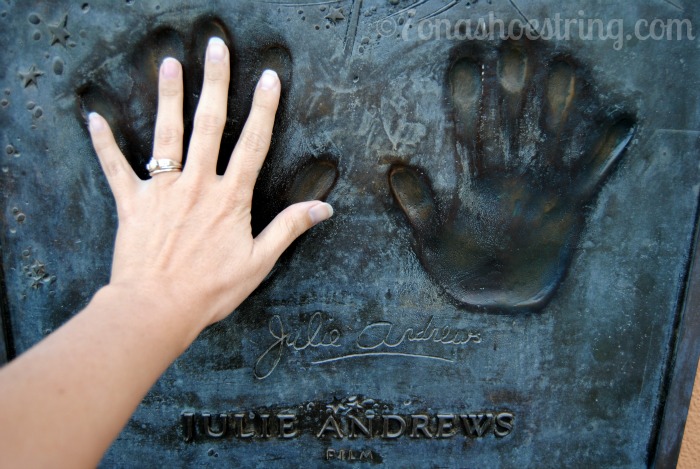 Make sure to get to the theaters on November 2nd to see Wreck-It Ralph. See the magic unfold on the screen as Ralph and Venelope venture through Sugar Rush together.