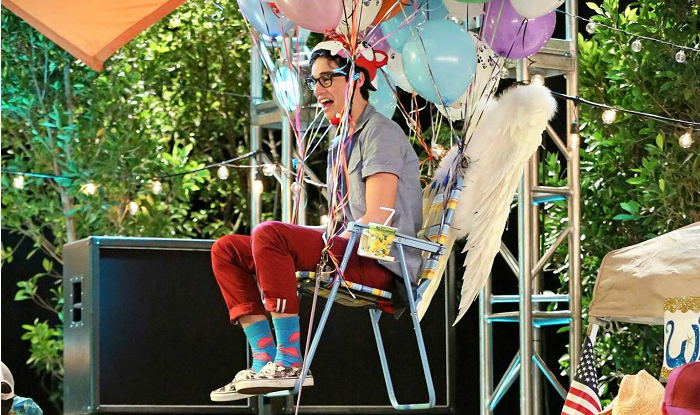 Through the wonderful “magic” of television, we have the ability to enter into the lives of actors and actresses every day. Our favorite shows introduce us to characters and story lines that transport us from our own. For me, getting behind-the-scenes on these shows is truly an incredible experience. Recently we visited the set of Disney Channel’s Liv and Maddie to watch a bit of rehearsal and talk to the cast. These 5 cast members made up one of the most believable TV families I have ever met. 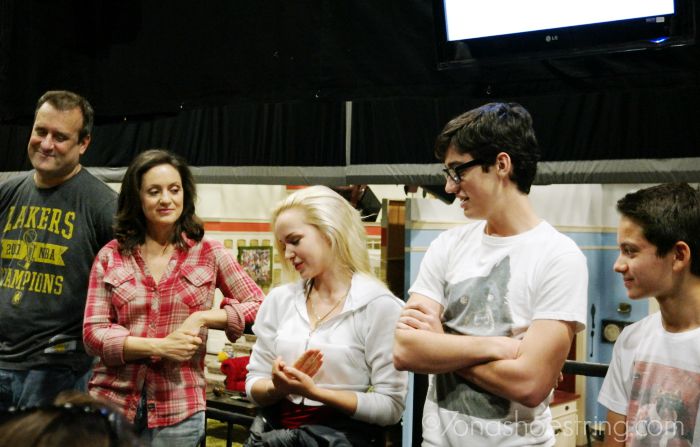 Let me explain. From the beginning of our time together to the end, Dove Cameron (Liv/Maddie), Joey Bragg (Joey), Kali Rocha (Karen), Benjamin King (Pete) and Tenzing Norgay Trainor (Parker), were full of energy. Not only were they excited to talk to us that day, but they genuinely enjoyed being in each other’s company. And one thing I noticed right away was their ability to finish each other’s sentences. As one would start a story, another would jump in and elaborate. Still another would chime in and finish. They have such an incredible bond and work so well together. It’s no wonder Liv and Maddie is such a success. 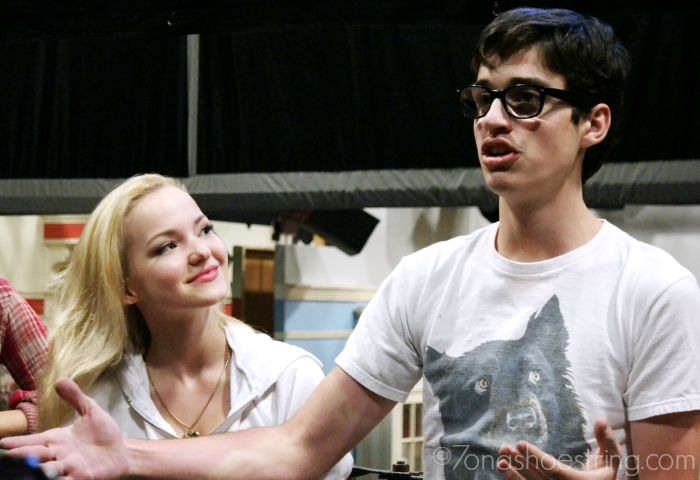 Although, they did tell a story about a time that didn’t exactly go so well. As they began filming season 3, there was an accident involving Dove. Considering she plays the two main characters, production was pretty much halted as she healed. Once she was able to come back to work, they worked diligently to catch up, finishing 4 episodes in 2 or 3 weeks. How? Because they work so well together and run like a well-oiled machine.

Kali: We all are amazing.
Benjamin: We are the new thing.
Kali: It’s flawless.

Even Dove, as she transitions from Liv to Maddie and back again, has the system down. She knows exactly which character is which and plays them almost flawlessly… much to the amazement of her fellow cast members. Not to mention, they know exactly how long she needs for hair and make-up for each character, so they find other things to do/film while they wait. Fun fact: The original pilot series did not feature twins. It wasn’t until later that they decided Liv and Maddie would be twins… both played by Dove Cameron. 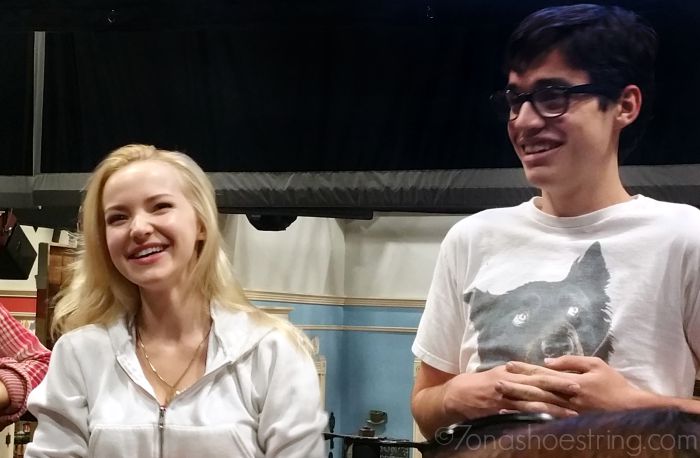 Although Dove may not mix up the characters, her cast members have been known to get a bit confused by who is who. Benjamin was the first to admit that he can’t make it through a scene without calling them by the wrong name. Kali and Joey told us how crazy it was to see Dove talking back and forth to herself the first time. For me, sitting there listening and watching the 5 of them talk, I was blown away by how much like a “real family” they truly are.

“I can’t even think of a favorite moment because there’s so many. And while that’s actually true because we really like each other and we function like a real family. Like, I’ll come to Kali and Ben for parenting advice and we fight all the time.” – Dove Cameron

Perhaps Joey put it best when he described his time on the set as a “safety zone” and that when he comes back to it he feels like he is at home base. Just has a real sense of security. It sounds like an amazing place to go into work each day. You really can’t get better than working ith a bunch of people that make you feel that way inside.

Watch new episodes of Liv and Maddie on Sundays on the Disney Channel.

This Sunday, August 16 at 9pm ET, see Andy Grammer perform in “SPARF-A-Rooney.” This episode features Maddie and Diggie try to “out-fun” each other at a local music festival as Liv tries to help Andie get over her breakup. You don’t want to miss it!