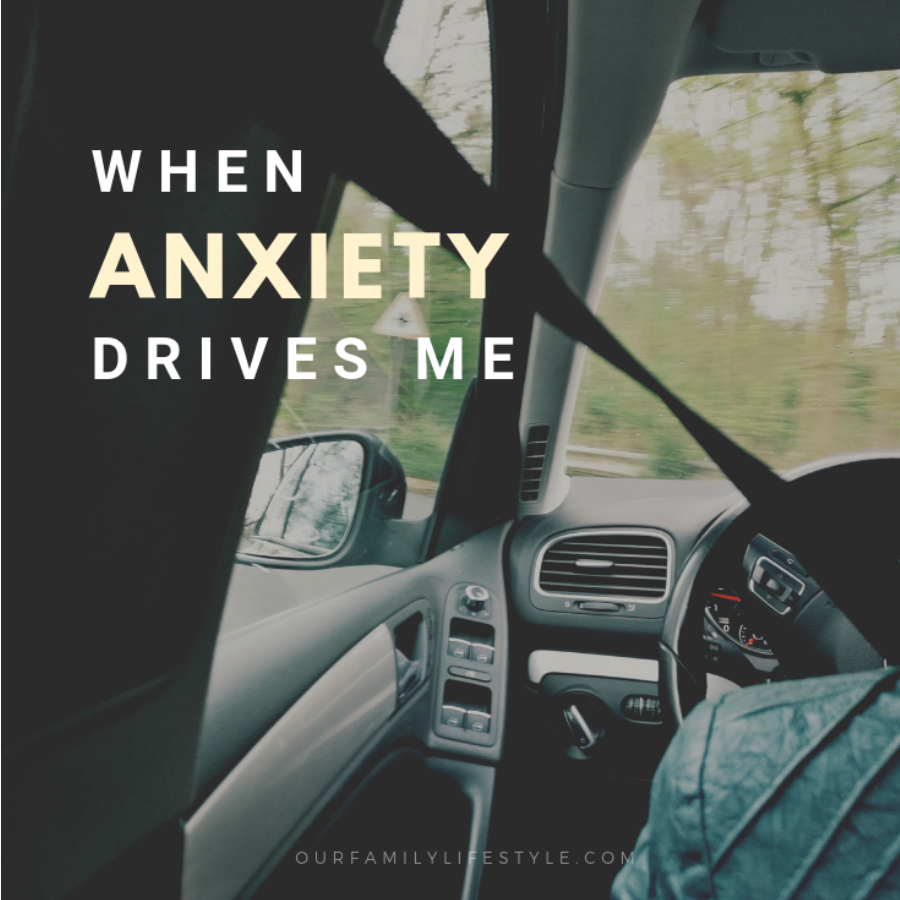 It’s Wednesday and I’m in charge of getting Jaden to church early now. Colby’s working a new job at home but needs to be on his computer.

But recently I’ve been getting more and more anxious about driving.

I know it’s cliche, but it’s true. I am seriously more worried about everyone else on the road than I am my own ability to drive.

So, we get in the car and head out. We live off one of the most dangerous highways in the state. Our communities are constantly fighting TXDot and other local agencies to find solutions to the numerous accidents and fatalities.

Therefore, as soon as we leave our neighborhood and stop at the first traffic light, I’m already a mess.

In Texas, we don’t hit the gas pedal the second the traffic light turns green. We wait at least three seconds, check both ways a few times, then pull out.

Other drivers are notorious for running red lights, so it’s on everyone’s best interest to have patience at traffic lights.

After the allotted few seconds have passed, my hands gripped on the wheel and foot begrudgingly on the gas pedal, we make it through the light.

Mentally, we’ve crashed. I can already see the carnage from being t-boned at the light. The first responders are in route and, usually, I’m dead.

This scenario plays out in my head often. Perhaps not at every traffic light, but probably at most of the ones where I am first in line.

It’s been this way for most of my driving life. But when I have precious cargo in the vehicle, it’s far worse and happens more often.

And it’s not just traffic lights.

The next time I’m on the highway riding alongside an eighteen-wheeler. Being in a sedan, he probably doesn’t see me beside him.

I’m safe in my lane, but not mentally.

In this case, I’m now stuck under the big rig. He has no idea he’s hit me, so he drags me down the highway with no escape from my car.

I can see the top ripped off my car and the tires smoking beneath the weight of the heavy truck now atop me.

There’s shattered glass all around and I can see pools of blood.

Finally, the truck comes to a stop. Someone has alerted him to what has happened behind the cab of his truck.

It’s not always me who’s hurt though.

When I drive through a parking lot, even though I’m going the slowest speed possible, I know I’m going to hit someone.

I see a small child safely in a shopping cart with her mother. They’ve walked through the doors of the store and I can no longer see them.

In my head? I’ve hit them. I’ve hurt this poor child just trying to cross the road to shop with her mommy.

I’m broken. I’ve got tears streaming down my face in horror. There’s a crowd gathered and the ambulance has arrived.

This time, the child seems to be hurt, but will survive.

I park and walk inside.

There she is. The little girl, safely in the cart, shopping with her mom.

My anxiety got it wrong. Again.

Nevertheless, I know, that when I get back behind the wheel, it’ll start once more.

As I drive home, I’ll once again imagine the very worst scenario at every turn.

Any near miss might as well have actually happened, because in my head, it has.

This is what happens when anxiety drives me.

It hasn’t always been this bad. I feel like social media may actually have made it worse.

The constant barrage of accident pictures and stories of those lost saturates my anxiety-ridden mind. I do my best to avoid them, but they still seem to jump into my feed.

And, as much as I wish I could avoid social media, my work revolves around it. So, I’m stuck for now.

Perhaps one day I’ll be able to drive and stay focused on the “here and now.” The scenarios don’t last but a few seconds on the road, but the effects often linger once my head hits the pillow at night.

My anxiety drives me; even when I don’t give it the wheel.