Do you remember the first time you saw your significant other? Do you still remember that first kiss? The innocent flirting back and forth? For me, it seems like yesterday when SuperDad and I first talked as I sat on the tailgate of my best friend’s truck and called him over. {Yes, I made the first move!} He was walking by and my friend and I had noticed that his best friend had not been around for a while so I called him over to ask where he was. From that point on we began following each other down the road as we walked home from school and within a week were talking daily. The last day of school I threw a note in his locker as I ran by and asked him to hang out with my BFF and I after school. We went to eat and spent the rest of the evening and into the night talking. It was just past Midnight on June 1, 1991, as we sat on the gutter in front of his house, that he kissed me for the first time. I got up to head home and could feel myself getting weak in the knees and trembling from his touch. The next day as I told my friend about the night’s events I told her, “He is THE ONE! He is the one I am going to marry!” That was 20 years ago today… and here we are still holding on!

Statistically high school sweethearts do not fair well. In fact, I believe I read that only 2% of high school relationships will last forever. So then, count us in! Actually, go ahead and add my grandparents {maternal g’ma was 14 when she married my g’pa}, my parents {my mom was 17 yrs old when she married my dad… I came a year and a half later} and then came SuperDad and I. I was 16 and he was 15 years old when we got together 20 years ago {yes, I am older than he is by 15 months}! Honestly, “Pepper” pointed out to me a few months back that she is a “4th Generation High School Sweetheart.” {This because she and “Tony Stark” have been dating for over a year now}. I think it is safe to say that we have beat the odds.

Everyone told us it wouldn’t work. In fact, SuperDad’s parents did everything they could to break us up! They promised him a car, a limo ride to the prom, new clothes, trips, whatever they could think of to see it end. The week before our wedding his mother called the church telling the staff she did not give her permission for SuperDad to marry but was told he didn’t need it anyways. They came to our wedding just before I walked up the aisle with my dad and left just after SuperDad & I walked down the aisle as husband and wife. They have never liked my Mexican heritage and have not had anything to do with us in over 2 years. But yet, we go on!

We would sit on that gutter making plans about our future. What we wanted to do with our lives. {He was going to be an architect and I a pediatrician}. What our house was going to look like. {Typical white picket fence dream}. How many kids we were going to have. {Two… just two. One boy. One girl. Yes, we had that and continued on}. We discussed so much as sat and talked forever that summer and beyond. What people thought would be a summer romance and would “never last” had given me a lifetime of happiness.

That man is the most amazing man I know {besides my dad}. He puts up with me and loves me more that I have ever known love. More importantly, he has taught me to love him back the same way. He is an incredible daddy to our children and loves our God with all his heart. I could not have asked for a better life partner in this crazy world of ours. He gets me… simple as that. I tell him frequently that God sure knew what he was doing when He gave SuperDad to me! For me, there is no other.

Twenty years together and he still moves me. I still get weak in the knees and tremble at his touch. I love that man to the moon and beyond! Happy 20th Anniversary of that first kiss, Mr. Shoestring! May we forever continue to “Live our Love Song.” 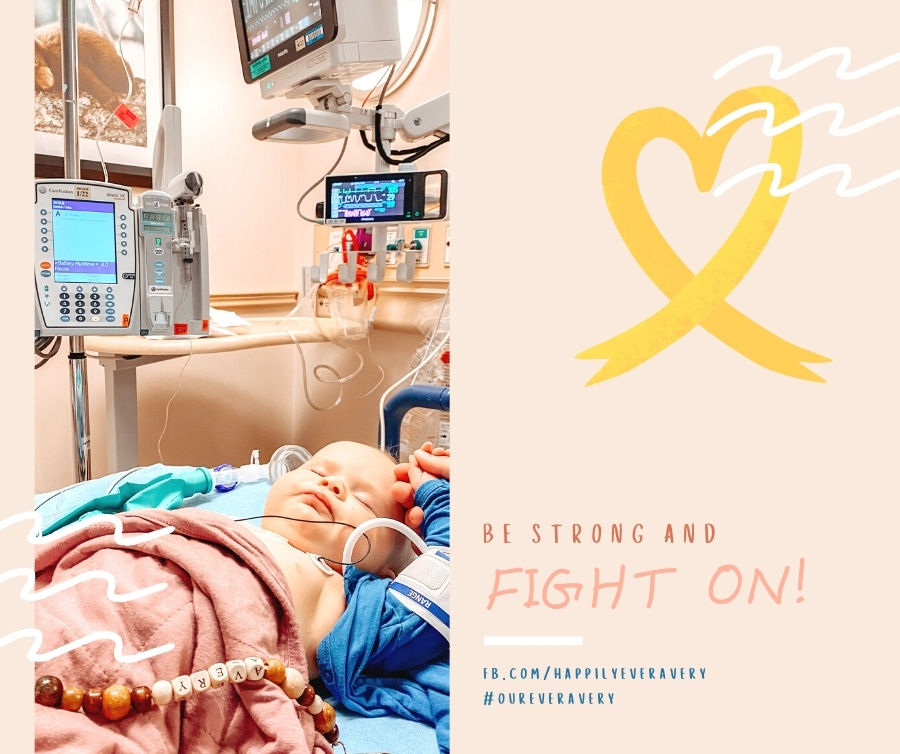 It’s been a long day at the hospital today, lots of waiting, but the chemo meds for round 3 officially started at 6:45pm. 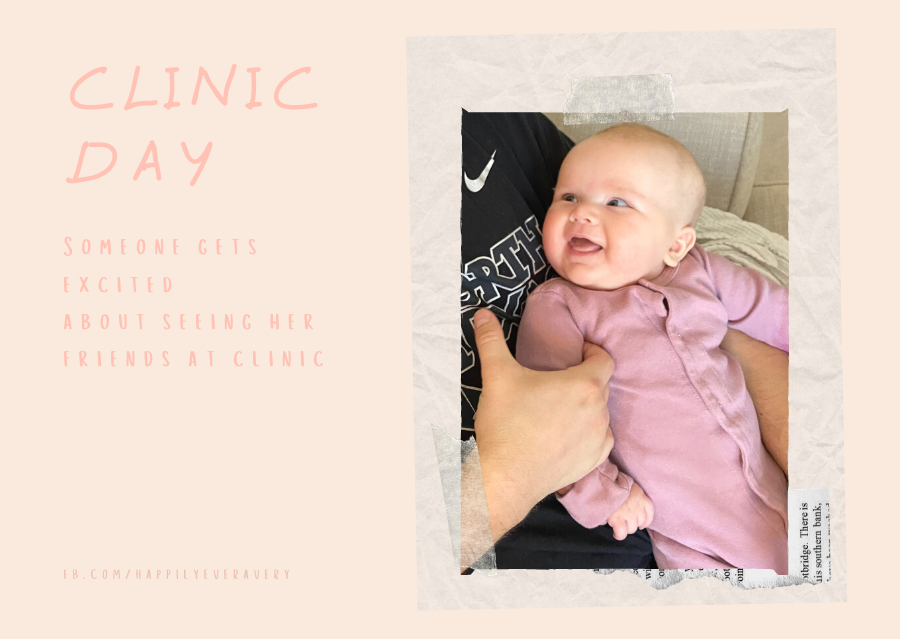 Avery’s ANC rebounded this week, so she’ll start oral chemo meds and her daily shots again tonight at home. She’s back on track with chemo. 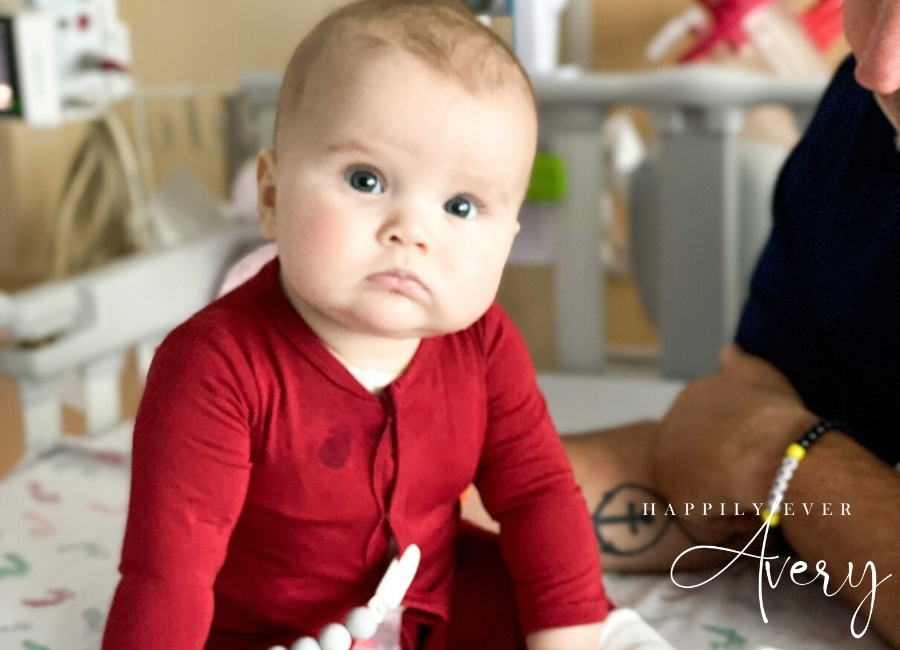 They all can’t be smiley days. Avery seems to be feeling some effects of her chemo today. She isn’t feeling bad, but she isn’t happy either.

What a crazy busy couple of days! Today is the first day that I actually have no appointments and nowhere to go {other than church}. Saturday turned into an absolutely amazing day {all things considered}. God is growing me Our small town came out and showered Caleb’s family with so much love and support… they…

I can’t  believe my last post was almost exactly 2 years ago! Wow how things have gone up and down since then! I have wanted to start blogging again several times but have always found an excuse not to. So, I have begun by redesigning the blog and trying some new things out but figured… 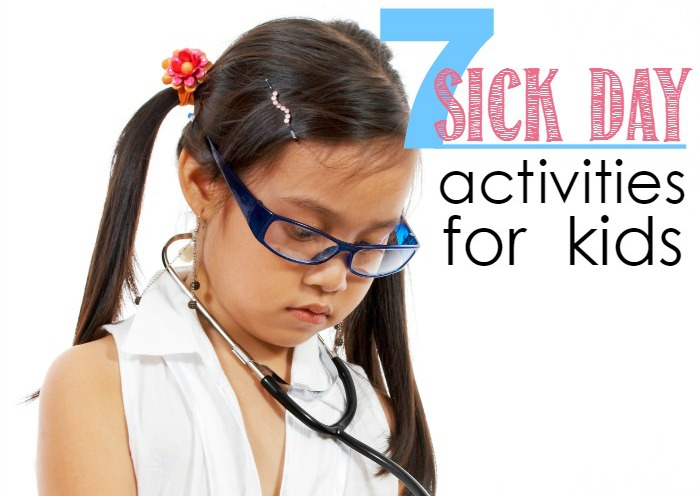 Disclosure: This is a compensated campaign in collaboration with Latina Bloggers Connect and Kleenex. Regardless, all opinions are 100% my own. The winter months typically bring cold and flu season. It is that time of year when illness strikes and we often find ourselves at home with a sick child. This can translate into the…