I have been asked for specifics in prayer requests and am not afraid to let others know what is going on. I want people to understand that my daughter is not crazy, she is suffering within the confines of her own mind.

Thus, these are copied and pasted from emails I have been sending to my Prayer Warriors:

Friday, March 4:
Sometimes I wonder if this is how Job felt… because I keep wondering why Satan wants such a strong foothold in our lives! 🙁

Let me see if I can break it down day-by-day:

Monday: CT Scan for Princess JF – everything came back normal!

Wednesday: Pediatrician with Princess JL& (diagnosed with strep) ER in evening because fever up to 105.6 all day (stabilized fever with more Ibuprofen and sent us home)

Thursday: ER (a different one) with Princess JL due to to 106.9 temps, lethargic, dehydration, cough (blood work & x-rays showed no strep or flu; viral infection; inflammation in chest causing asthma flare up).

Given steroids and put on breathing treatments and an inhaler. Hmmmm… these are the tests we asked for the night before!

Friday: Princess JR has very runny BM’s and fever of 103; No Dr or ER (yet… have called and been told what to watch for)

Weekend update: Both younger Princesses continue with fever, meds, breathing treatments… taken Monday morning and both diagnosed with ear infections on top of the viral infection upsetting their asthma!

Our biggest prayer request: Princess JF had a “fit” of all fits today (she has them daily now).

She had one yesterday as SuperDad and I were headed out to the hospital so we had to take her to my parents. Today was beyond bad.

She was completely unprovoked and just started throwing things. It progressed into her telling me her name is “Master of Evil.”

I am not her mom. She was going to gouge my eyes out. She began using curse words. She spit in Prince W’s face. She was calling us all sorts of names.

And at one point she asked Princess CJ to go get her a knife because she was going to kill me.

When she goes into her fits her voice gets deeper, she loses all eye contact, her entire demeanor changes, and she claims to not know us and repeatedly says she wants to go home. She also becomes VERY combative and it takes everything SuperDad and I have to restrain her so that she does not hurt us… and most importantly herself!

We have had to learn to lock the microwave because she has tried repeatedly to put metal into it. More scary is that we have had to put all our knives and scissors away because we have butcher knives in random spots and due to her threat to kill us.

I can not even begin to explain what it is like everyday for us as a family when these fits happen… normally everyday now and typically for over an hour.

We could not get a hold of her psychiatrist and did not know who else to call so I called my sister (she works for a doctor who deals with psychological issues and actually helped us get into Children’s in January).

Her doctor suggested removing her from our home for the weekend (our other option was going straight to Children’s to have her admitted).

If she can do fine all weekend at my sister’s (without us in the picture) then it is most likely the medicine she is on causing these reactions. This is actually our prayer!

It would be easier to change medicines tan to realize this is something wrong with her brain that we will have to deal with… forever!

So, we will see how the weekend goes… and if there are no fits then we will talk to the psychiatrist on Tuesday (our regular appointment) about stopping the meds. (We can not stop this type of medication abruptly… it must be weaned and under a doctor’s care).

We would really just like to have our daughter back. She has no recollection of most of what happens… and after the fit seems to stay in a bit of a trance for a while.

After spending the weekend with my sister we went to pick Princess JF up and after about 15 minutes she was already “set off” by something.

SuperDad and I left my sister to handle it while we listened at the door. Although she wasn’t as combative or quite as loud with my sister, Sis still had to restrain her at times and at one point Princess JF heard Princess JR crying down the hall and got even more angry.

She kept calling her “stupid baby” and then decided she needed to find some scissors to go kill the “stupid baby.” Once she finally started coming down from the fit she asked if we would call 9-1-1 to get her help.

There was some man named Robert in her heart that would crawl up to her brain and pour poison on it to make her angry. At that point we knew we had to take her in.

We took her to Children’s Legacy hoping to get admitted there.

Unfortunately, all the area psych units were full, so just after Midnight last night Princess JF and I were loaded into an ambulance and she was transported to a hospital in Arlington.

SuperDad met us there and after filling out paperwork and answering questions for over an hour, we had to leave our baby there sleeping. SuperDad and I have cried and cried from that point on. It was so hard to do but we know it is the only way we can get her the help she needs.

We are praying that it is the meds causing the reaction, although we are unsure at this point. We have asked for the meds to be stopped and her psych has agreed.

There has been talk of possible bi-polar, but again, we are not sure what the official diagnosis will be.

Please pray for Princess JF as well as our family as a whole. We go in for family therapy on Thursday morning, and are hoping she is not there longer than this week. Our only visitation times are an hour on both Tuesday and Thursday.

I miss my baby so much and am completely broken by this all. We have nothing but God and the prayers of others holding us up through this wilderness.

Tuesday, March 8 (oh what a difference a day can make):

Ok… where are we today?

Let me begin with what has us concerned:

We were about to eat dinner last night when the phone rang and all I could hear was Princess JF crying on the other end. She told us several things that concerned us.

She said she had been in her room most of the day without being able to see anyone else except for eating and class time. She was not allowed into the day room. She also mentioned getting shots (not just blood drawn) and sleeping most of the time in her room (Princess JF is NOT a napper by any sense of the word… she is always active).

She also mentioned that they were very rough with her and that she is scared it will be worse tomorrow. She felt as though they were not helping her and begged us to take her to another hospital (she desperately wants help and knows that they are not doing so).

She cried the entire time we were on the phone with her. I simply CAN NOT leave my child here. I am completely uncomfortable with what she has told us and know her well enough in her normal state to know she would not be so upset and crying otherwise.

At one point she said she just wanted someone to hold her hand and no one would. This simply breaks my heart.

Also, the Dr at the current hospital has made no effort to communicate with us. We have no idea what the treatment plan is or what is going on.

Our psychiatrist also tried to get in touch with him several times yesterday and said she was finally able to talk to him today. She informed us that he has diagnosed Princess JF with psychosis and depression.

Our psychiatrist told him that she was never depressed before and is only feeling that way because of the care she is receiving at this facility.

He has also apparently added a new medication to her regime {without our consent} and continued the Lexapro that our own psych had ordered Princess JF off of.

Of course we knew nothing about this treatment plan and it has been over 36 hours since she arrived.

I began emailing Doctors and hospitals last night and began calling intake coordinators first thing this morning. We had to wait until rounds were made and children were discharged… or not.

Children’s still has no available beds until Thursday {that would be our first choice}. UBH in Denton thought they were going to have a bed, but that poor little girl was not well enough to be discharged {continuing to pray for her still}.

Cook Children’s in Ft. Worth really wanted to be the last resort themselves because of the distance… but they were the first ones with a possible bed.

Thus, we have initiated the transfer on our end with the current hospital, but the Dr over Princess JF’s care there is not yet cooperating with our transfer. We have several calls into his private practice as well.

SuperDad & I were already heading to Arlington around 4:30pm anyways for the first visitation hour of the week tonight at 6:30pm… and I told SuperDad I do not want to leave there without my daughter tonight.

Please continue to lift our family in prayer.

Princess CJ, Prince W, and Princess JL truly miss their sister and our home is miserable. SuperDad and I are broken and disgruntled due to the level of care our child is receiving.

Princess JR is too young to understand of course, but I am sure she will rejoice with us when Princess JF comes home! 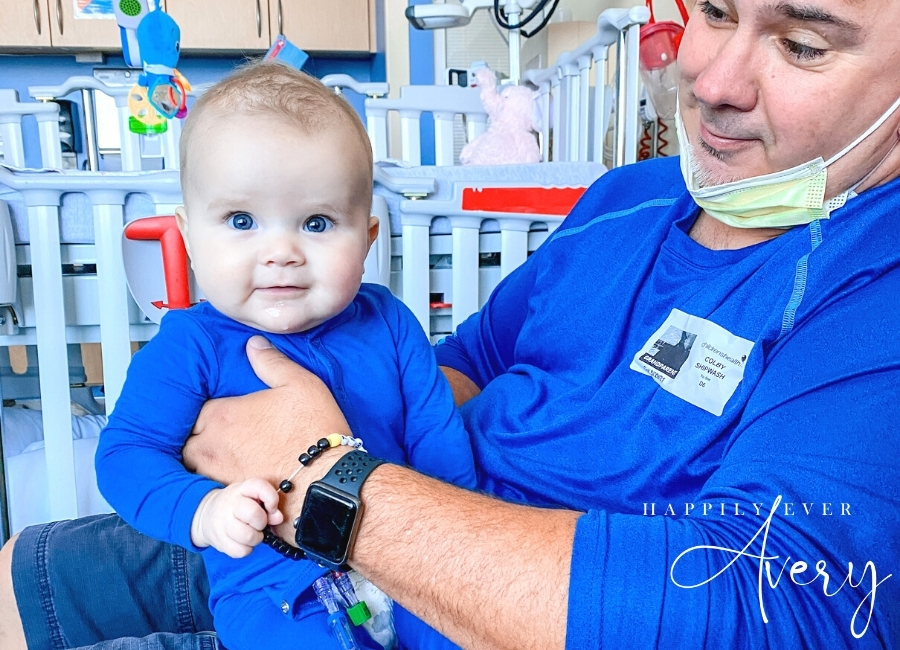 She is back to smiling today! She’s even got a bit of her appetite back! They’ve changed the anti-nausea meds and it seems to be working. 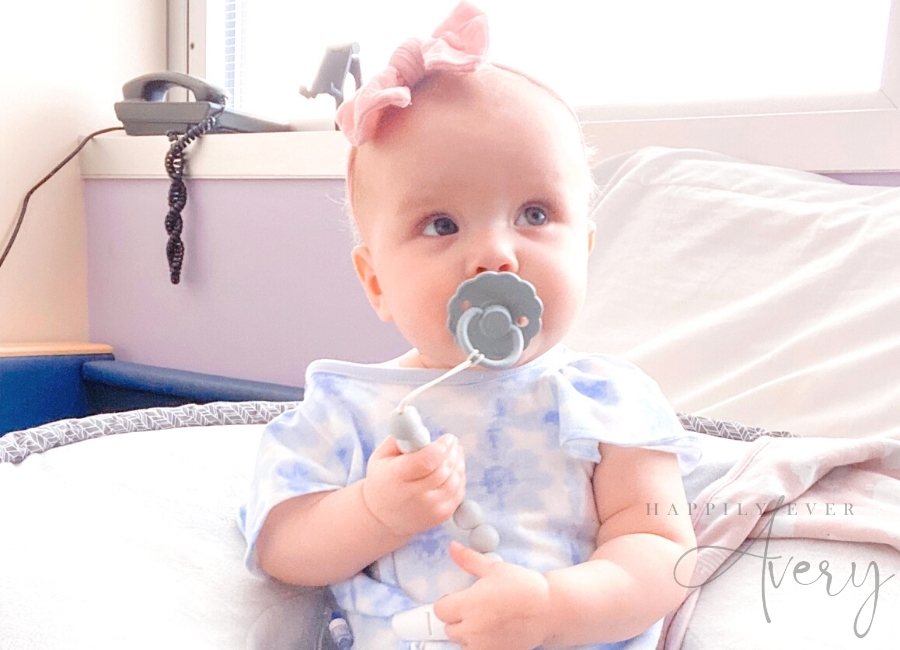 “I will have gratitude for the little things even while I wait for the bigger things to fall in place.” – Morgan Harper Nichols 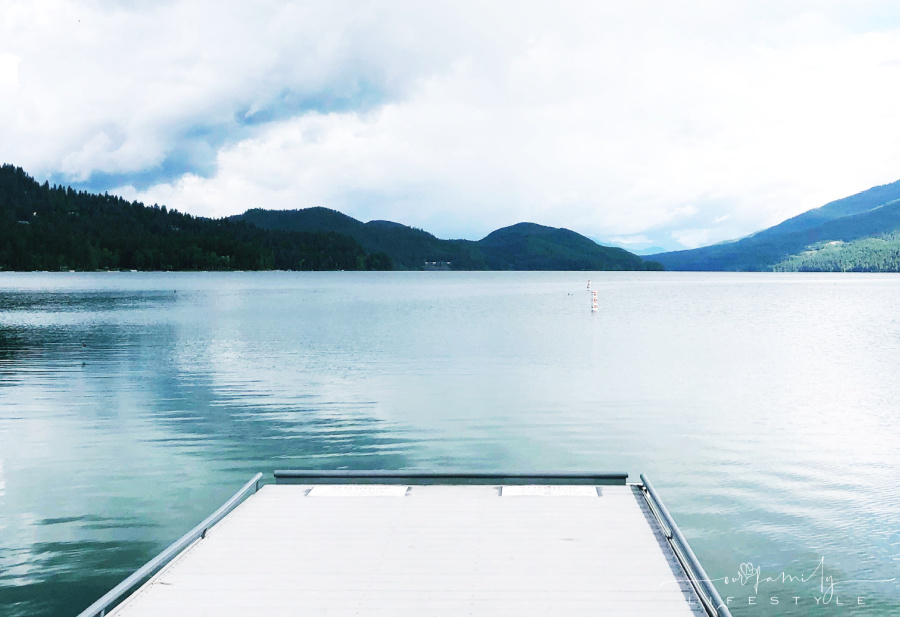 Use these breathings tips to manage anxiety. Grounding is a technique that uses your five senses to help you through times of distress. 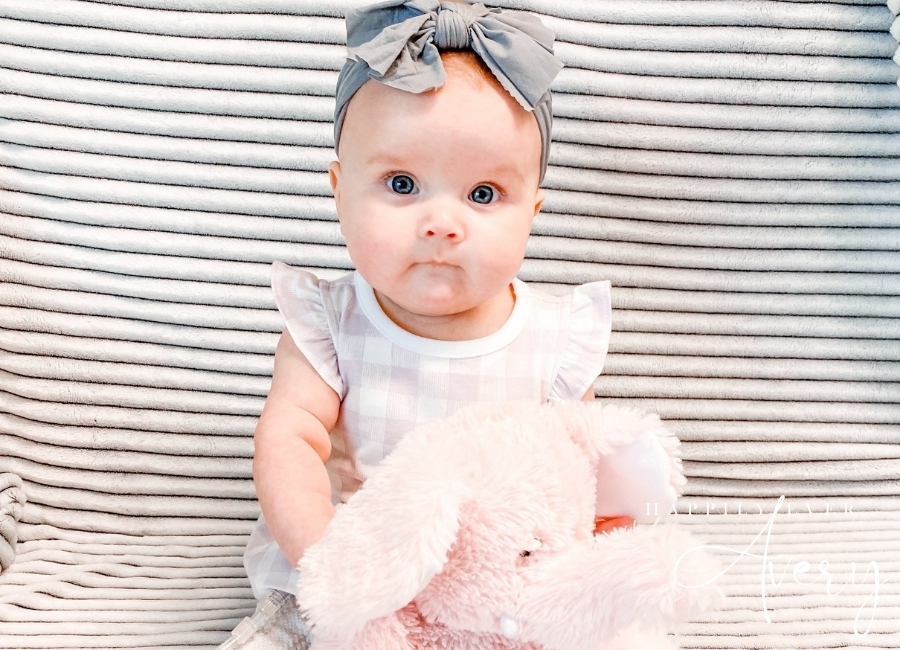 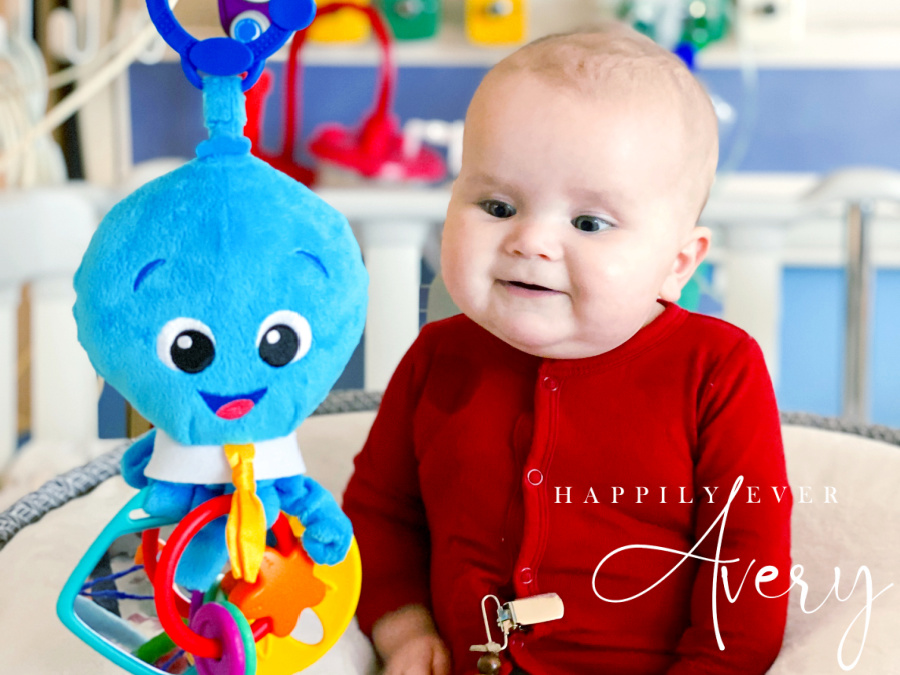 The Intravenous immunoglobulin (IVIG) infusion helps strengthen her immune system so she can continue to fight infections and stay healthy.

This site contains affiliate links. I may receive a commission for purchases made through these links. As an Amazon Associate I earn from qualifying purchases. [Learn more] Day 16: As mentioned before, this blog has done amazing things as far as pulling me out of my shell. I have always been happy being a little…