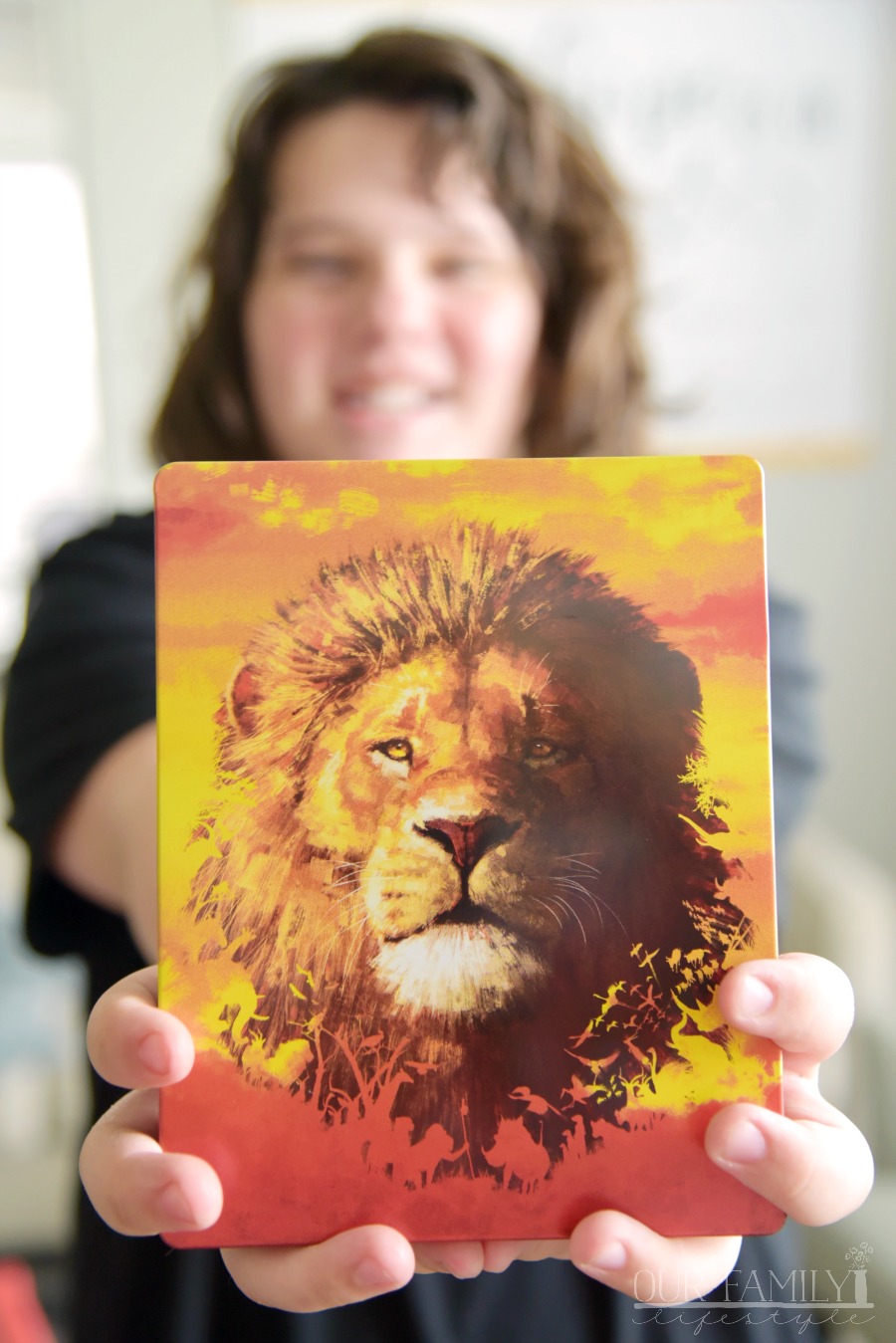 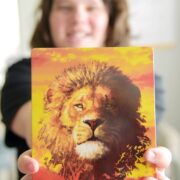 The first installment of Lion King came out in 1994, the year Colby and I were married, and TO THIS DAY, I can not help but sing the opening lyrics every time I see a baby held up into the air: “Nants ingonyama bagithi baba, Sithi uhhmm ingonyama.”

Who else? Although, I have to admit my words are probably nowhere near the words typed above. I have no idea how to speak Zulu.

But, the point is, the movie made an impression—and continues to do so on generations today. I’ve had 5 kids grow up with Simba, Timon, and Pumba.

And now, we can watch The Lion King, as a computer animated remake, in our home!

The Lion King Collectible SteelBook, available exclusively at Best Buy, allows us to bring the animals of Pride Rock right into our house.

Director Jon Favreau’s fantasy drama film is a computer animated remake of the 1994 animated Disney film of the same name. It features the voice talents of Donald Glover, Seth Rogen, Billy Eichner, John Oliver, Beyoncé, and James Earl Jones. A young lion returns from exile in adulthood, ready to reclaim the throne that was stolen from him and his father by his treacherous uncle.

Simba is undoubtedly a family favorite and it’s interesting to see the movie in this format after watching the animated versions for the past 25 years.

Who is your favorite character from The Lion King?

For a limited time, you can save $5 on select Disney titles with purchase of Lion King at Best Buy. Enter code LIONKING5 at checkout.