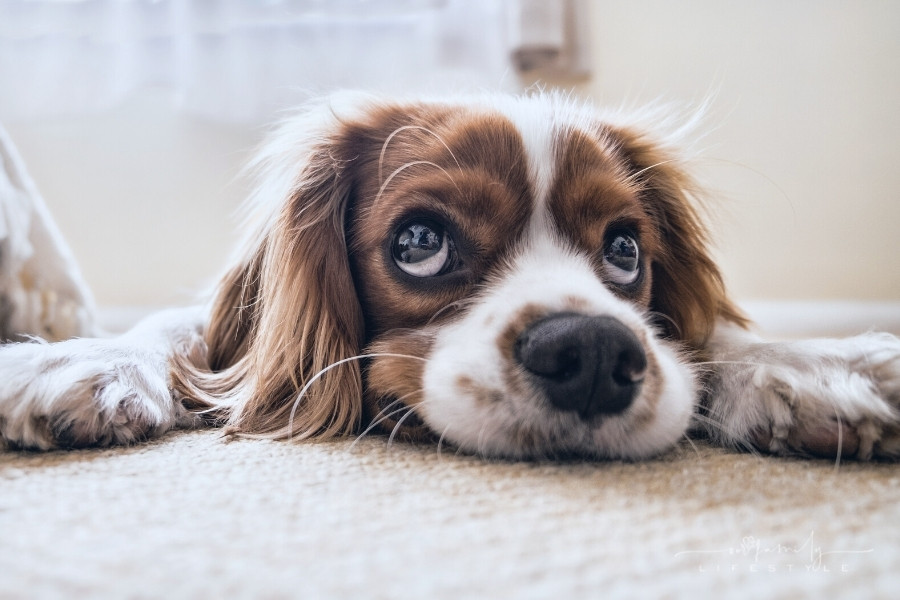 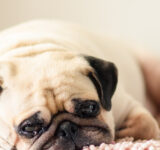 Dogs are a man’s best friend, and they deserve to be treated that way. Yes, dogs have minds of their own and may misbehave from time to time. They can’t speak for themselves when something is wrong or how they’re feeling.

It’s up to you as a dog parent to know what your pup needs to stay happy and safe. Having a dog is a big responsibility. If your dog suddenly starts acting differently, it may be an indication that he is struggling and needs help.

Insect bites on the skin like bee stings can be serious and even deadly if your dog is allergic. It can be a bit difficult to identify signs of ant bites in dogs because their bodies can go into shock quickly and without warning.

If you know your dog is allergic to insect bites, it would be in your best interest to purchase an emergency kit and keep it in a safe place for when you need it. If you notice that your pup has been stung by something, take him to the vet immediately.

The symptoms of an insect bite or allergic reaction in your dog can vary from a small bite or sting to an enormous reaction. Many of the symptoms are physical, but some may also be emotional and behavioral too. Some dogs will scratch at their skin where they’ve been bitten which may cause a rash.

If the dog is scratching itself a lot, then that’s when you may notice that the skin is losing its pigmentation. The dog may also start to chew or lick itself excessively due to pain, itchiness, rash, redness, and inflammation.

Yeast infections aren’t something you hear a lot about when it comes to dogs. However, yeast infection in dogs is quite common and can happen anywhere on their body including the ears, paws, and underarms.

Yeast gets into the dog’s system through saliva usually from licking or scratching excessively. Sometimes yeast can be transferred from contaminated objects like food bowls, water dishes, bedding, and collars.

Warning signs of yeast infections in dogs include crusting sores around the mouth, paw pads, or ears. Affected areas can be red and irritated looking with some hair loss too. The dog’s skin may also smell bad because yeast smells like baking bread.

Dogs who are overweight or obese may develop health issues and some of these can be quite serious. It’s important to make sure your dog stays at a healthy weight while he is young because if this issue isn’t taken care of now, it will only get worse as he gets older.

Sometimes dogs will eat too much because they’re bored. More often than not, dogs will eat anything and everything that isn’t nailed down even if they aren’t hungry.

If your dog is overeating and gaining weight, you’ll notice a change in its energy levels and moods after every meal. They may also become depressed or anxious because they feel weighed down.

There are a few symptoms that may point to kidney disease in dogs. You’ll see an increase in drinking, urinating, and thirst if your dog has issues with his kidneys. Dogs who have trouble urinating experience pain while trying to do so. Pets who are unable to urinate will also become lethargic and stop eating.

They won’t be as interested in playing or going on walks either because it simply hurts him too much to do so. Dogs who have kidney issues feel tired all the time because their bodies are working so hard to do things that they usually do with ease

As dogs age, their bodies slow down and they become more fragile. Their cognitive abilities can also begin to falter as they grow older. Dogs who have issues with their cognition may forget where the bathroom is but still want to go outside. They may be disoriented, anxious, or aggressive. If your pet is acting out in this manner then it’s time to get him help.

Dogs who have ear infections often shake their head and scratch at their ears a lot. The dog’s ear canals may also be red, swollen, and full of blood due to excessive scratching. If your pup has an ear infection, they may cry out in pain because it hurts so much.

Sometimes there are no obvious warning signs that show why your dog is in pain. If you notice any skin infections, make sure you take your dog to the veterinarian as soon as possible.

Dogs who have skin infections may be itchy or licking excessively around the area. They may also experience hair loss and develop crusty sores that ooze a clear fluid. If your dog has a lesion that is draining pus, blood, or an unusual fluid then you need to get them to help immediately.

At-home treatments are usually not enough for your dog’s ailments. If you notice any of these warning signs in your pup, it’s time to take him to the veterinarian. It doesn’t matter if this is a regular preventative visit or if your pooch needs help for a certain condition, you need to get them the care they deserve.