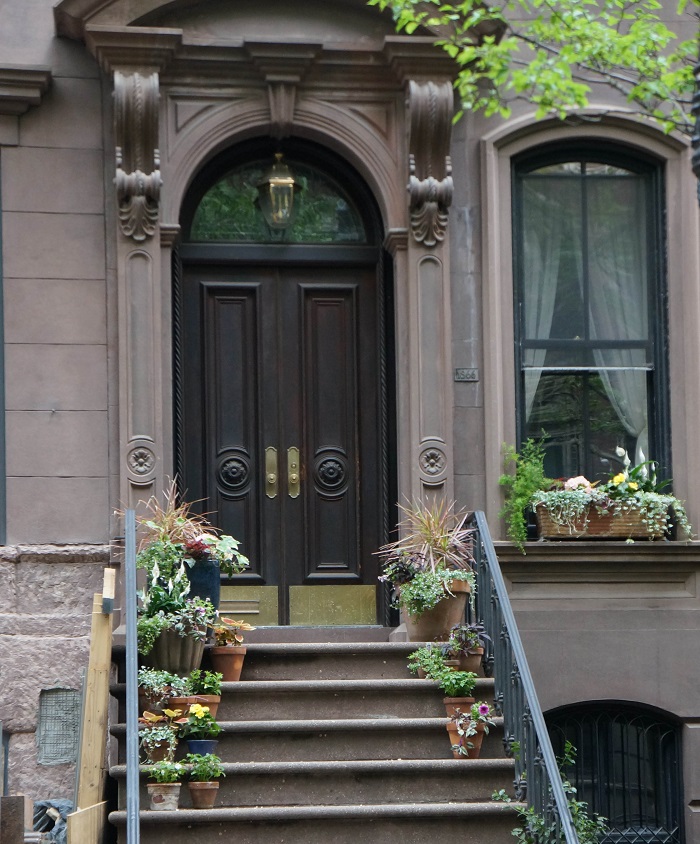 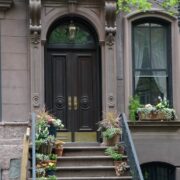 Cupcakes, cosmos and city sights. What better way to enjoy a girlfriend getaway to New York City than to relive favorite moments from a favorite series on the Sex and the City Hotspots tour?

Sex and the City Hotspots Tour

In need of a city escape, I recently spent a long weekend in the Big Apple with two of my best friends, and the Sex and the City Hotspots tour had our name written all over it!

From the comforts of an air-conditioned bus, the tour visits 40 locations from the series’ six seasons and two feature films.

Along the way our tour guide Lou delivered a commentary full of humor and secrets from the show. We also got to watch clips from the series to relive the funniest and most enduring moments from Carrie, Miranda, Samantha and Charlotte.

Watching the clips as we passed the actual filming locations was an eye-opening and interesting experience.

The bus makes stops in four historic New York Neighborhoods and with the free time we had in these districts we got to shop and walk around (in our case daydreaming about what it would be like to really live here).

If you’re traveling with bags, you can drop them off at a place that stores luggage before doing this tour since you won’t want to leave everything on the bus.

Salivating for more Sex and the City details?

Built in 1908, the New York Public Library is the fourth largest library in the world and home to more than 53 million items. On the tour we got to drive past the library while watching one of the most heart breaking scenes that occurs here.

The New York Library is where Carrie and Big are supposed to get married in the first film, but Big doesn’t show. He eventually does show late and attempts to apologize but Carrie has none of it.

Driving down the same street that Carrie does after smashing her bouquet over Big’s head is a surreal experience. It’s like we are in the limo with Carrie, driving her away from the horrific scene to the comfort of her apartment. We love you, Carrie!

With high ceilings, black walls, over-sized chandeliers and bright decorations, the restaurant where Carrie and Big hold their Rehearsal Dinner in the first film is just as impressive in real life as it is on screen!

Buddakan is a stylish restaurant that serves modern Asian cuisine. During the tour we had the restaurant to ourselves! Well, for a few minutes anyway, as we walked the floors and took pictures.

The restaurant is located in the Chelsea neighborhood across from Google’s New York offices and Chelsea Market, a hip urban food court that is a must-visit for any foodie.

Walking along the street in front of Carrie’s apartment I couldn’t help but daydream about what it would be like to live here and have my own writer’s life in the city just like Carrie.

I better start saving. The apartments in this neighborhood are quite pricey!

The brownstone stoop of Carrie’s apartment is just around the corner from Bleecker Street in Greenwich Vollage.

This street is a fashion hotspot in Manhattan. The list of boutiques here includes Marc Jacobs, Ralph Lauren, Lulu Giunness, Creed, Mulberry and Olive and Bette. Magnolia Bakery, the delicious bakery featured on Sex and the City, also has a location on Bleecker Street.

Bleecker Street is frequented by celebrities, so keep your eyes peeled while visiting! Robert De Niro grew up here and Alicia Keys has a home here.

After a 20-minute shopping break, we got to head back to the bus and refuel with a cupcake.

Cosmos at Steve and Aidan’s Bar

In season four, Steve and Aidan go into business together and open Scout Bar. A real bar on the border of SoHo and Little Italy was used to film these scenes.

Fun fact: the bar isn’t really located on Mulberry Street so the crew had to change out street signs during filming!

During the last stop on our tour we got to relax in the mahogany furnished bar and sip a pink cosmopolitan.

And there you have it – five can’t miss moments from this fabulous tour. With cupcakes, cosmos and plenty of Carrie, this tour was a perfect way to explore the city and bond with my friends during our girlfriend getaway to New York City.

Looking for a more family-friendly tour?

Lauren Salisbury is a travel enthusiast who spent a year exploring Europe, visiting 25 countries, while based in Spain teaching English in Madrid. She also writes for Something In Her Ramblings, a travel blog aimed at female and solo travelers.