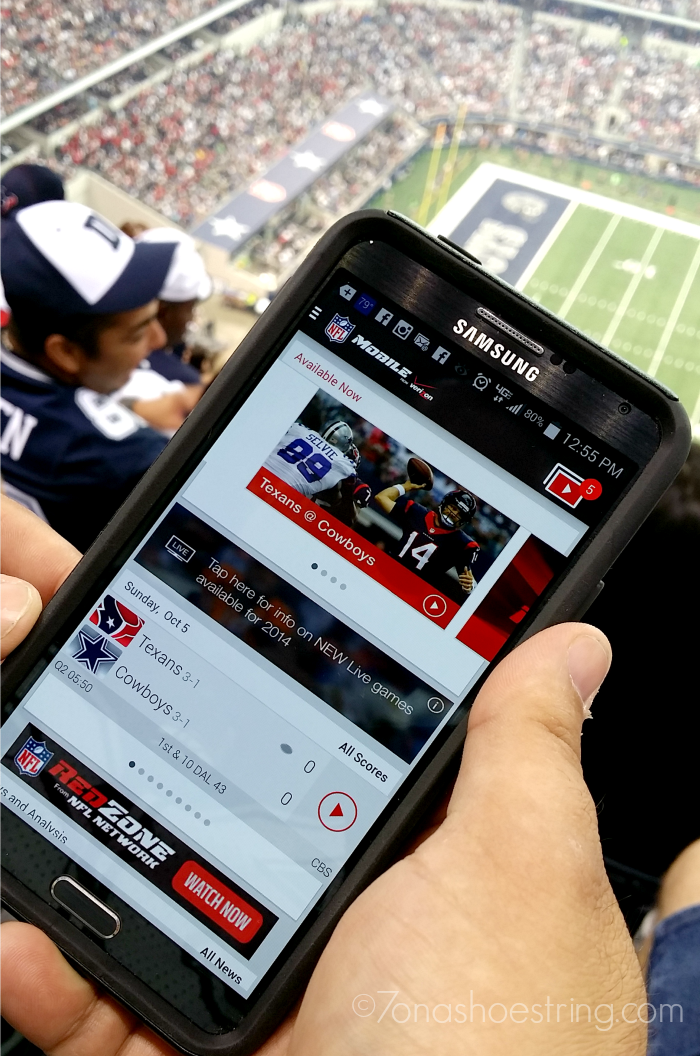 Disclosure: We attended the Dallas Cowboys game courtesy of Verizon. The opinions and experiences you find below are 100% my own.

Do you often find yourself out and about when the football game is on? I know our weekends can be crazy and we are often away from a TV for at least part of the game. Fortunately, Colby has NFL® Mobile on his Verizon Wireless phone so we can watch football on-the-go.

If you have Verizon’s MORE Everything Plan, you will simply need to download the NFL® Mobile app and open it up. For the 2014-2015 season, Verizon Wireless is giving MORE Everything customers free access to Premium Content. This means you get the following features… free: 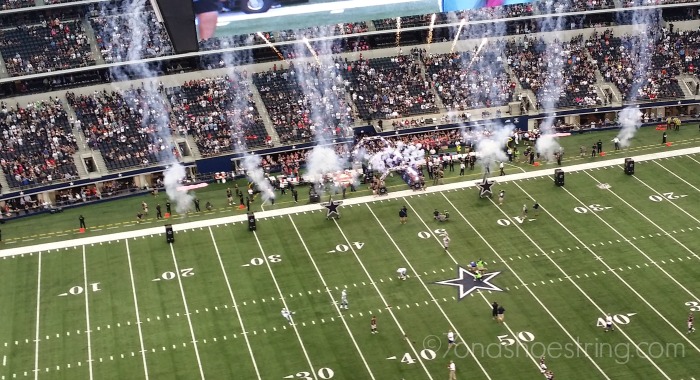 This past Sunday you may have heard about the nail-biting Texas Showdown that happened inside the Cowboys Stadium here in Arlington. To say it was intense is an understatement. The Dallas Cowboys fans were well outnumbered by the Texans fans. We sat deep in a sea of red in our Cowboy blue. From the first play, the Texans fans were heard loud and clear over anything else going on in the stadium. With the game scoreless at halftime, it was an equal match up and no one was letting up. 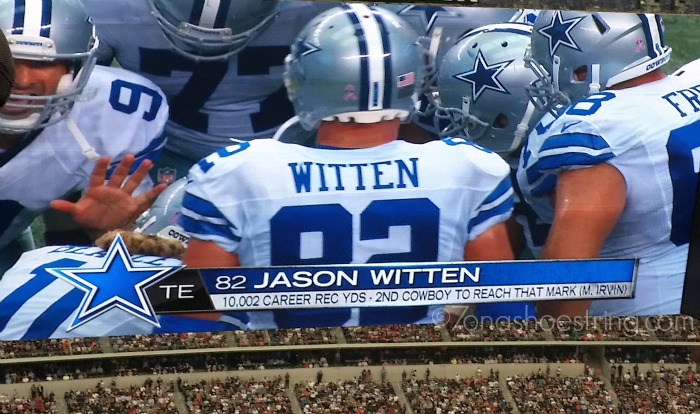 As the 4th quarter began, the Dallas Cowboys were finally starting to take a bit of a lead. I know it’s crazy, but it was at this point that Colby and I had to leave. We were able to walk out with our heads held high considering the points on the scoreboard. We didn’t want to leave, but after getting to the game early to attend the Bill Bates Tailgate Party with Verizon, we had to go get our girls. 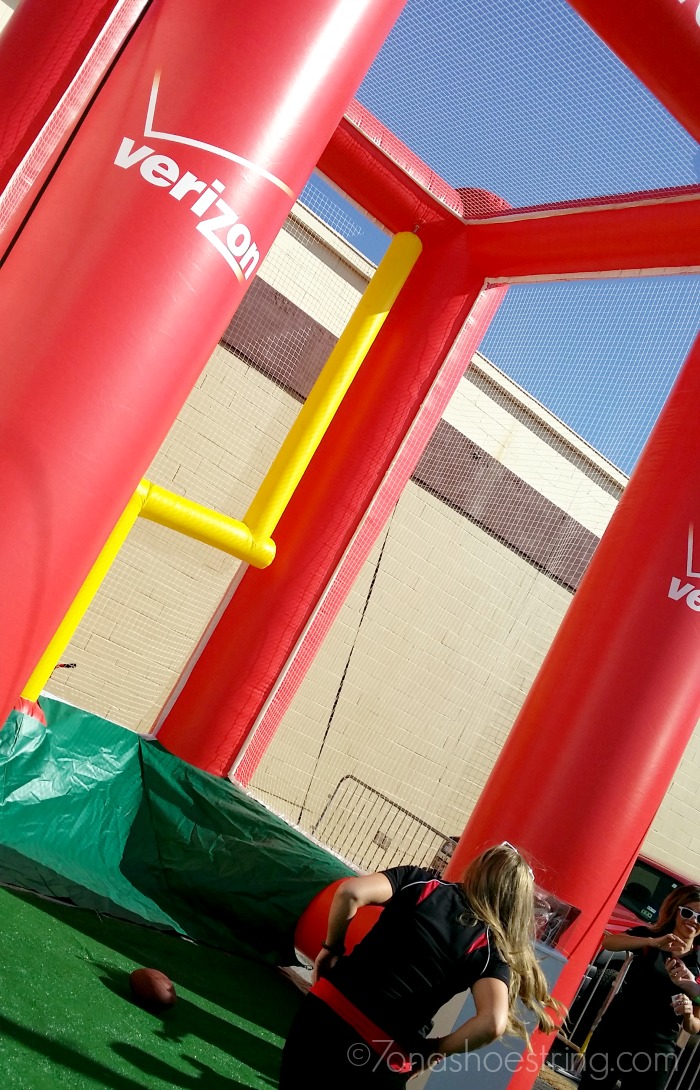 By the time we got to the car, the Texans had scored again. After getting far enough away from the stadium (you can’t watch NFL Mobile while near the game) we turned on the game in the car. I watched and gave Colby a play-by-play as he drove. As the game became tied up I was intently staring at the screen trying to relay what was happening. The game went into overtime and we pulled over to stop for a bite of food so Colby could watch the showdown. When Dan Bailey redeemed himself with the winning field goal we may have both yelled out in delight. This also happened to be the same time our food arrived. Luckily, the car hop was a Dallas Cowboys fan and understood. Ha! 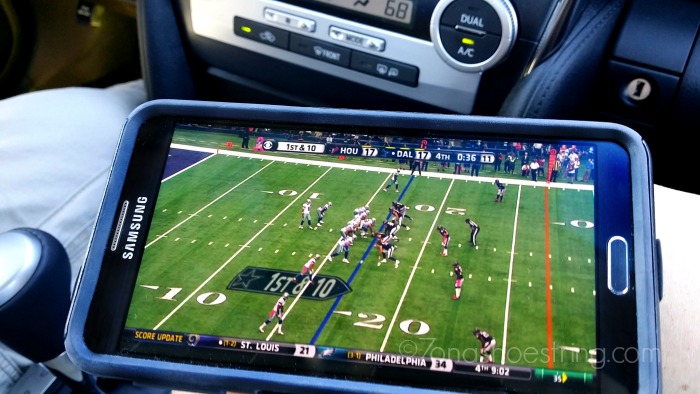 Since we had an obligation to get home to our kids, we were extremely grateful we could watch the end of the amazing game on NFL Mobile. We had several friends ask us how we could leave such an intense game… but we told them it was all good with our Verizon phones. We knew we were covered. We still got to watch the end of the game and picked up our girls on time. I am only sad that we missed the Texans fans having to walk out of that game hanging their heads. 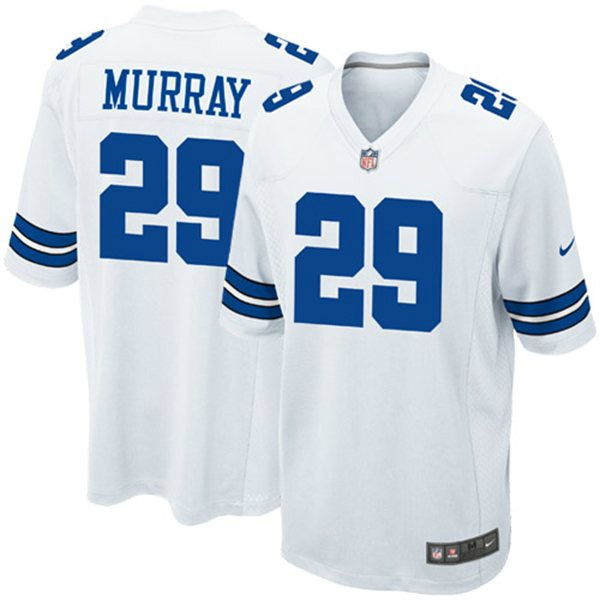