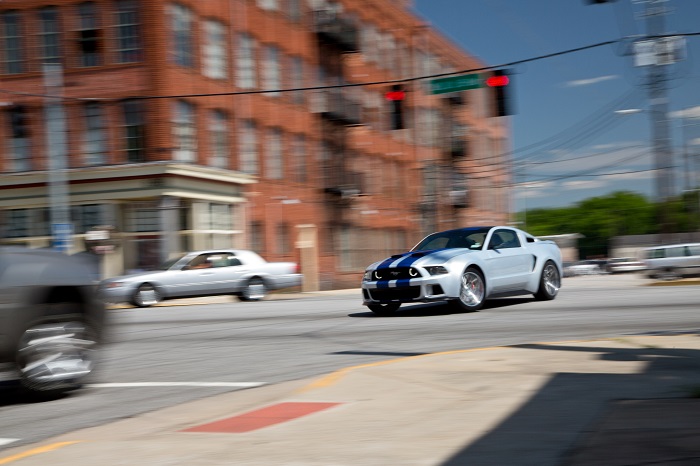 If you know anything about me, you may know that I have a deep love for cars. Especially fast ones. I wanted to be a NASCAR driver growing up… but Colby put a stop to that. So, at least we get to have fun driving various cars around town for a bit nowadays. Therefore, I may be a bit overly anxious about DreamWorks Pictures’ new movie: Need for Speed.

I would be lying if I told you I DID not get goosebumps watching the trailer! First, that is a Ford Mustang featured throughout the movie. Not just ANY Ford Mustang. DreamWorks and Ford collaborated on this film and the motor company custom built the car specifically for this movie. It has a specially designed wide body, 22″ wheels, and an enlarged air intake to handle the supercharged V8 engine. Aaaaahhhhh! This is some pretty cool stuff, Y’all!

The souped-up Mustang will play co-star to Aaron Paul (of “Breaking Bad” fame) who plays Tobey Marshall. Tobey is a blue-collar mechanic who races muscle cars in a street-racing circuit on the side to bring in extra cash. In a desperate act to help his family garage stay in business, he teams up with an ex-NASCAR driver named Dino Brewster (Dominic Cooper). But a disastrous race leads Dino to frame Tobey for a crime he did not commit. Tobey is sent to prison while Dino expands his business out west. 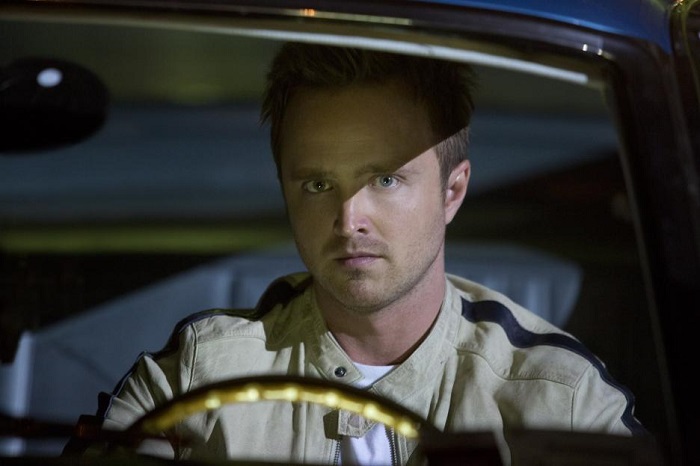 Two years later, Tobey is released and has nothing but revenge on his mind. He must now beat Dino in the “Super Bowl of Underground Racing“… the high-stakes race known as De Leon. With a bounty on his car by Dino, and the help of his friend Julia Bonet (Imogen Poots), Tobey sets out to prove that the underdog can still finish first.

In an exciting return to the great car culture films of the 1960s and ’70s that tap into what makes the American myth of the open road so enticing, “Need for Speed” chronicles a near-impossible cross-country race against time — one that begins as a mission for revenge, but proves to be one of redemption.

The film is presented by DreamWorks Pictures and is produced by Patrick O’Brien, John Gatins and Mark Sourian. Scott Waugh directs the screenplay by George Gatins. Plus, George and his brother, John, together compiled the story based on the video game series created by Electronic Arts. The film releases in U.S. theaters on March 14, 2014.

Keep up with the updates and upcoming film news by liking Need for Speed on Facebook and following @NeedforSpeed and #NeedforSpeedMovie on Twitter.