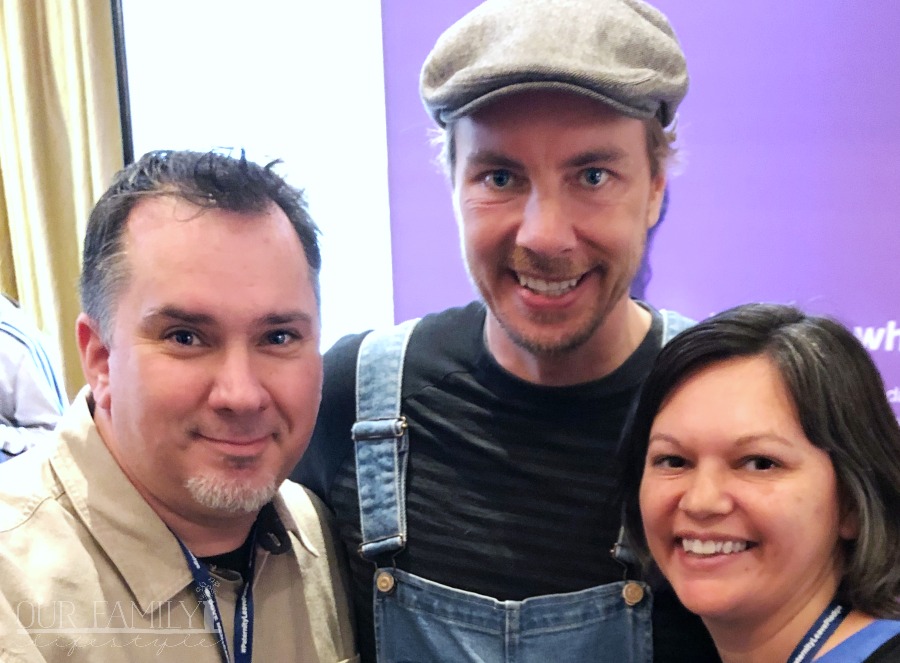 Networking is a big part of our industry. You often hear how it’s “who you know” but I think it goes beyond that. I’ve been in this business for over 11 years, so I know a lot of people. But that’s not it.

I’m a very protective, non-trusting individual. My childhood and life experiences with “friends” up to this point have hardened me. I don’t allow many people into my life.

Not within close proximity anyways.

And I don’t feel as though I can be myself with too many people beyond my immediate family. Even with extended family I’ll hold back.

But something about the Dad 2.0 Community just allows me to let loose and be me.

Perhaps it’s because after attending for the past 4 years, I’ve never felt judgment. In fact, it’s quite the opposite.

The men (and women) I’ve met through the Dad 2.0 Summits have truly changed my perspective on so many things.

These guys are witty, smart, funny and all heart. I cry more during the 3 days at the conference than I do through Steel Magnolias. And that’s a lot, Y’all!

These guys don’t believe in the stereotypical norms and fight for important matters within the realms of fatherhood, such as paternity leave.

At the same time, you’re not going to hear any woman bashing at the conference. That isn’t part of the conversation.

In fact, there are several of us women attending each year; others, like me, annually. Again, not just men and women, but those that identify as non-binary and more.

Basically, it’s inclusive and meant to break through the stigma of toxic masculinity and dads who babysit.

You would be surprised what these men, as a collective whole, have been able to achieve over the years in terms of fatherhood.

This year’s conference was no different.

Shaun T kicked off the conference showing us picture after picture of his adorable twin boys — conceived through a surrogate mother — for him and his partner, Scott.

In addition to sharing their 5 year struggle with infertility, he also spoke about his fear of becoming a father and what he hopes to leave as a legacy to his boys.

He challenged us to “invite the desire to leave a legacy and then put action behind it.” The legacy he wants to leave for his boys?

“Dad was nice to people.”

I can only hope my children see that in me.

From the opening keynote to the ending one, we learned about pitching, social media, podcasts, and more. Even though I’ve been in this game for a while, it’s ever-evolving and I always walk away with something.

This year, I think Dax Shepard really brought something home for both Colby and I.

Dax and his co-host, Monica Padman, closed us out with a live recording of Armchair Expert Podcast.

Along with his guest, Rhys Darby, Dax intertwined stories of his childhood with Rhys’ love for costumes that both entertained and inspired us.

As Dax was talking about being raised by a single mother and occasional weekend father, he began reminiscing on when he became a father himself.

He was worried that his own ability to be a good dad would be hindered by his relationship with his father.

And it was here that he dropped a truth bomb that really struck me.

It was only after having his first daughter that he realized he wasn’t the victim of his dad leaving; his dad was the victim missing out on all that fatherhood entails.

Right?! Although I can relate that to a few people in my life, two people came to mind quite clearly: Colby’s parents.

They haven’t seen our children in over 12 years. They’ve never met Joeli. Why? Because they can’t seem to push past the fact that I’m Mexican.

I can’t do anything about who I am, but I still feel guilty sometimes. I feel bad that Colby has no relationship with his family. I hate that my kids don’t know their grandparents.

That Riley has great grandparents she’ll most likely never know.

But, I’ve often said it’s their loss. We have 5 amazing kids, a great son-in-law, and a beautiful grandchild. They’re missing out on all of that.

Not to mention the many members of our family we, no doubt, will continue adding over the years.

So, yeah, I think they’re victims. Victims of their own stupidity, stubbornness, and prejudices.

Me, Colby, and the kids? I think we’re better for it.

Thanks, Dax, for helping me see it in a better perspective.

And Dad 2.0 community, thank you for another incredible event filled with laughter, tears, hugs, and friendship.

Y’all are my people, perhaps more than you’ll ever fully understand. See y’all again next year!