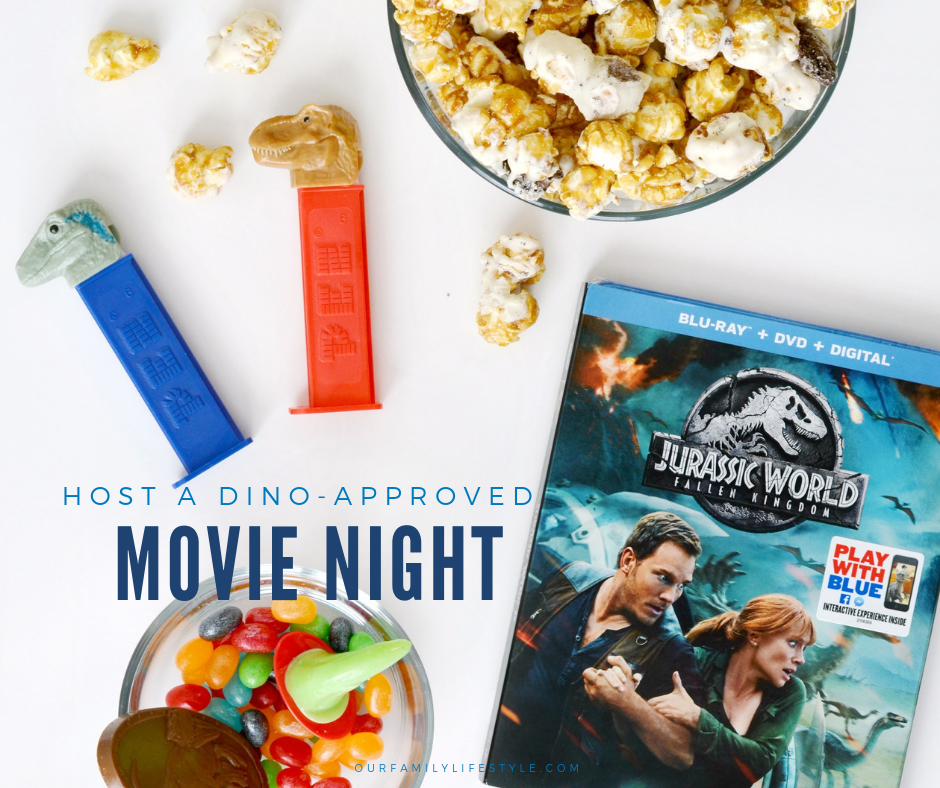 Disclosure: This post is sponsored by Universal Pictures Home Entertainment.

The last time we were at the theme park and luxury resort, Jurassic World, it had been destroyed by its inhabitants. Now, three years later, we return in Jurassic World: Fallen Kingdom the island’s dormant volcano is roaring to life.

Building on the wonder and adventure that has mesmerized audiences worldwide, Jurassic World: Fallen Kingdom continues one of the most thrilling series in movie history with an adventure 65 million years in the making, captivating audiences of all ages with a stunning new chapter filled and more dinosaurs than any other Jurassic film.

Gather your friends and host a “Dino-sized” movie night at home! Jurassic World: Fallen Kingdom is now available on Blu-ray and features over an hour of bonus content. You can go on set with Chris & Bryce and get an insider’s look at Chris Pratt’s Jurassic Journals.

Having watched the other films in the series, we were excited to share this one with our family as well. The non-stop action and interesting plot twists kept us on the edge of our seats we watched.

Thankfully, only a little popcorn was tossed in the air as plenty of movie magic happened on our TV. The best part was being able to enjoy a movie, with each other, from the comforts of home—mixed in with a little bit of theater flair.

It was definitely a dino-approved movie watching experience!

Jurassic World themed treats and candies helped us bring the movie experience home. Not to mention, the inflatable dinosaur costume our kids took turn wearing, alongside our awesome #TeamJurassic shirts, drew us even more into the film!

Bring home Jurassic World: Fallen Kingdom to experience the non-stop adventure, learn the incredible twist, and find out what happens when the park is gone.