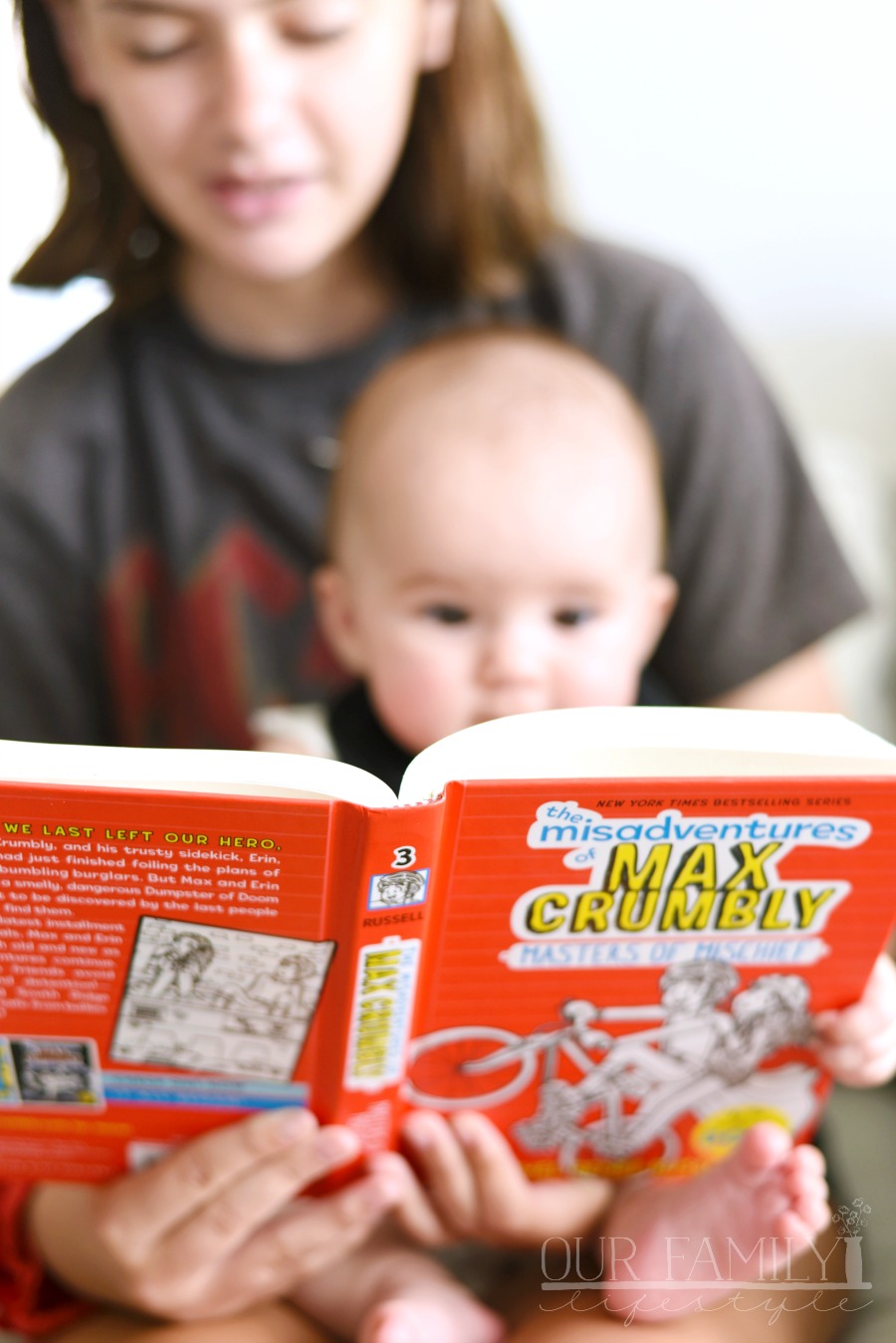 Disclosure: Simon & Schuster is partnering with me for this giveaway!

How many of us remember the struggles of middle school? I have one finishing her last year of middle school and, even though we homeschool, the antics of this age are something else!

The Misadventures of Max Crumbly #3

But, as she is my fourth to get through it (mostly) unscathed, there is always something to be learned and discovered about yourself in these daily ups and downs in middle school.

Just look at Max Crumbly! When we last left our courageous hero, Max Crumbly, and his trusty sidekick Erin, they had just finished foiling the plans of some bumbling thieves.

But Max and Erin were trapped in a smelly, dangerous dumpster of doom and about to be discovered by the last people they wanted to find them.

Set in the world of the mega-hit series Dork Diaries, The Misadventures of Max Crumbly stars Max Crumbly, friend to Nikki Maxwell of Dork Diaries, who goes to a different school and manages to get into a whole lot of trouble. The series is written in diary format with illustrations and doodles of Max’s mishaps.

In the beginning of the series, Max starts at a new middle school and faces the school bully who has begun a habit of stuffing Max into his locker. Max wants nothing more than to be like his comic superhero idols and though his ability to smell pizza from a block away isn’t exactly a superpower, he’s still going to try to be the hero his school needs!

While fans of Dork Diaries will be familiar with the format and enjoy new stories from the same world, this series featuring a male protagonist will also appeal to boy readers. As in Dork Diaries, the characters make up a wide range of diversity. And also like Dork Diaries, The Misadventures of Max Crumbly series is about embracing who you are and having a ton of fun along the way!

After all, isn’t that what this life journey is all about: just being you and having fun with it! If not, then I think it should be!

In fact, in order to help you and I both have a little fun, we’re hosting a Master of Mischief! giveaway where one winner will receive the following:

Entering is easy using the form below. Giveaway open to US addresses only and ends at 11:59pm on June 30. Good luck!