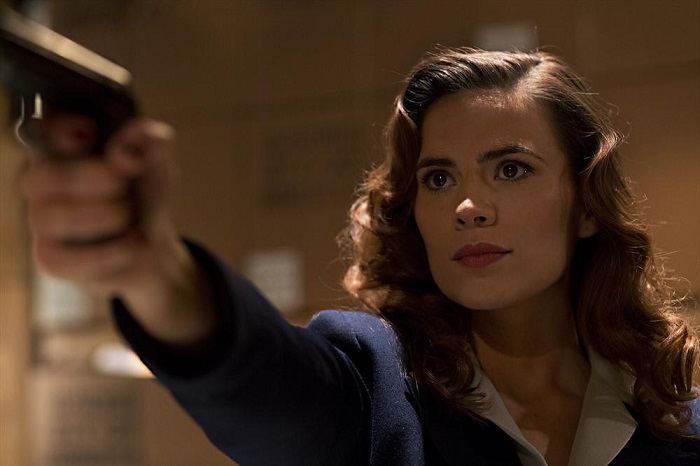 Have you ever thought about the work that goes on behind the scenes of your favorite television shows? Recently I was able to sit down with Jeph Loeb and Louis D’Esposito, executive producers from Marvel’s Agent Carter, and discuss the labor of love that led to the show. 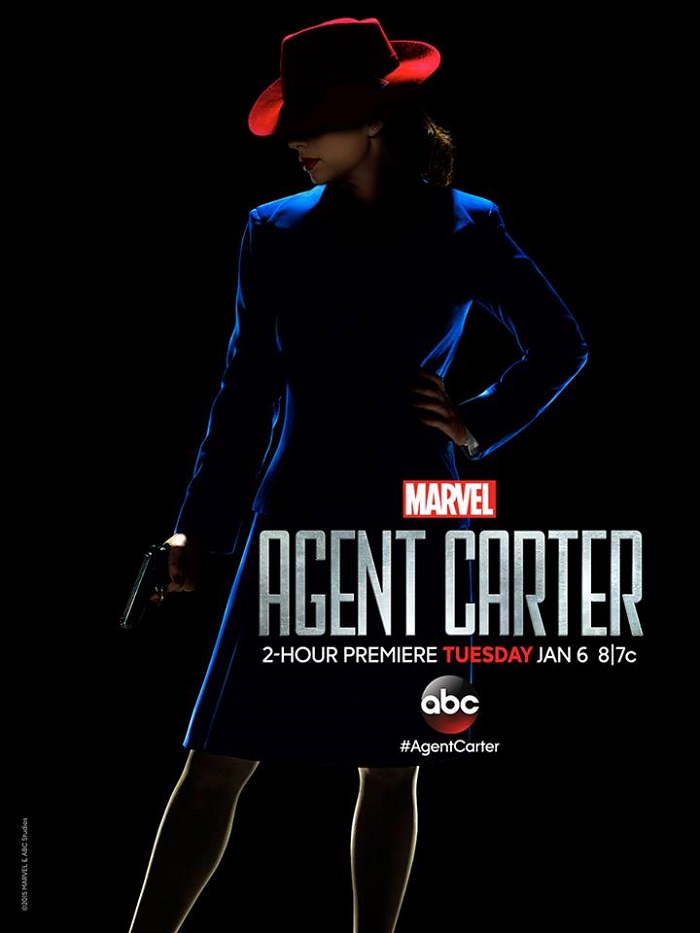 After watching a short feature and a couple clips from the new Agent Carter series, we were able to ask both Jeph and Louis questions and listen to the back story. Going straight to the top, Jeph took the idea to Bob Iger to get approval. He believed in the concept and had this short to use as a pilot of the show. Seeing Hayley Atwell as both “likable and fun,” it made the story go over well. Knowing fans would empathize with her and want to go on this journey with her, it was given the go-ahead.

A bit of discussion was tossed around as to how to best continue the saga of Agent Carter. They wanted to show what it took to for her to get to the current situation. Plus, they had to go back to 1946 in order to go to a time before Hayley was in the a leadership position. Not to mention, a Marvel hero needs to overcome something to become an even better hero.

Peggy Carter is living in a world with a glass ceiling that was relevant in 1946… as well in 2015. Marvel has the ability to show the many faceted signs of the universe with strong heroes not based on gender, color, age or whatever. A “hero comes from within” after being in an unpleasant place or situation. From this, a hero will rise up. Agent Carter had something at it’s core that the Marvel audience could relate to… and it ties in nicely with Marvel’s Agents of S.H.I.E.L.D.

After all, TV nowadays is about intimacy and character. Jeph Loeb pointed out that the way we watch tv now has changed dramatically. With modern technology, you can watch your favorite shows on a laptop, tablet or even your phone. This quote from Jeph pretty much summed it up,

Agent Carter will be an 8-run episode starting tonight at 8/7c. This means that the way people binge-watch shows, fans can sit and watch a show with a beginning, middle and end… and then watch another adventure. Fans will be able to watch Agents of S.H.I.E.L.D. in the fall and then Agent Carter in January. This would leave time for more original episodes with less repeats.

The Cast and Crew

Jeph Loeb had the task of finding the best creative people in order to bring this story alive on the screen. He grabbed Louis hot off Guardians of the Galaxy, as well as Avengers: Age of Ultron. Who, incidentally, may have said yes because of Hayley Atwell. Of course, she came later in the process. Hayley came in from London and was allowed to read through the script at the studio. Everyone sat on pins and needles as she went behind the closed doors. A couple hours later she came back out and was absolutely beyond thrilled and completely vested in the project. She was on board and it was more than they could have imagined.

They were able to secure two writers: Chris Markus and Stephen McFeely (both from Captain America: The First Avenger and Captain America: The Winter Soldier). They both had more time with Hayley on screen than anyone else and Jeph felt they were incredibly smart about writing. They can mix in action and humor at the same time as drama to make things happen. Most importantly, they know how to empower women, such as Black Widow in Winter Soldier.  They can make sure when they are standing next to another superhero they are not seen as sidekicks.

In addition to Hayley Atwell and the amazing duo of writers, there is an incredible array of talent on Agent Carter. Tara Butters and Michele Fazekas (both from Resurrection) were picked up to be showrunners. Jeph stated that they can “make good tv shows that people care about and have interest in.” Shay Whigham, Chad Michael Murray, and James D’Arcy are just a few names on the series cast.