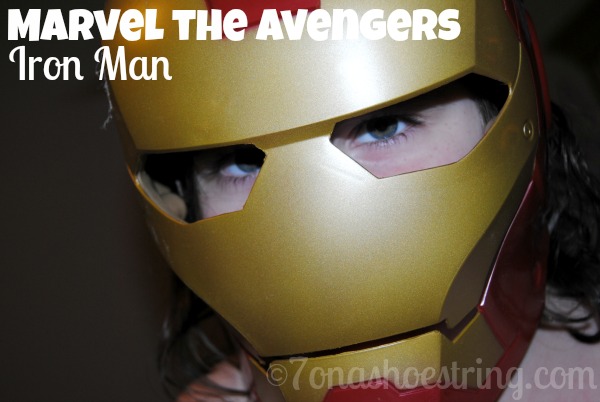 Just because I have a household filled with girls, that does not mean we are immune to the superhero world. Just do a search using “Pepper” or “Tony Stark” on the blog and  you will find that these are the names that I use for my oldest daughter and her boyfriend. Why yes, we are big Iron Man fans. And the younger girls will take any chance they can get to play dress up… even if it is to become Marvel the Avengers Iron Man.

I was actually a bit surprised to see that the girls actually liked the Iron Man mask. They do not typically play with masks but they thought this one was cool. The colors and features of the mask made it seem very real and looked very much like the one in the movie. The padded eyepiece helped to make it comfortable to wear and they enjoyed wearing it. Even with a princess dress on, the Iron Man mask turned them quickly into a superhero and they were ready to fight the bad guys. 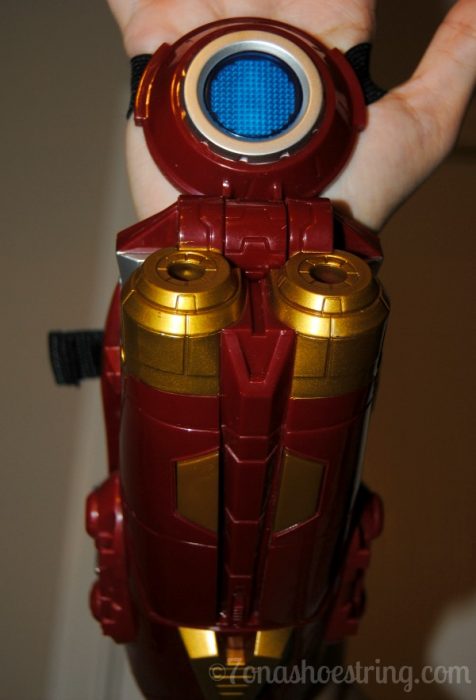 Thankfully they also had the Marvel the Avengers Tri-Power Repulsor to fight off the evil villains. By slipping the repulsor on their arm, they were then able to fully morph into Iron Man. By a simple bend of the wrist, they could instantly immobilize the enemy with the pulse lights and blast sounds. If those did not immediately do the job, blasting the enemy with the missiles was sure to do finish them off.

Funny how girls play the role play superhero game a bit different than boys. But, I have to say, not even the stuffed animals were safe when it came to testing out the repulsor. And the Iron Man mask became a great accessory during dress up play. I mean, who says that princesses can’t be superheroes too? But, honestly, I think my nephew is going to love it even more. This one is moving on to him next and I know he is going to enjoy blasting his cousins with missiles as soon as he sees it!

Find out more about these toys and others by visiting Hasbro.com

Disclosure: This is part of a product review campaign with Latina Mom Bloggers and Hasbro; complimentary products were provided.  However, all opinions expressed are my own.