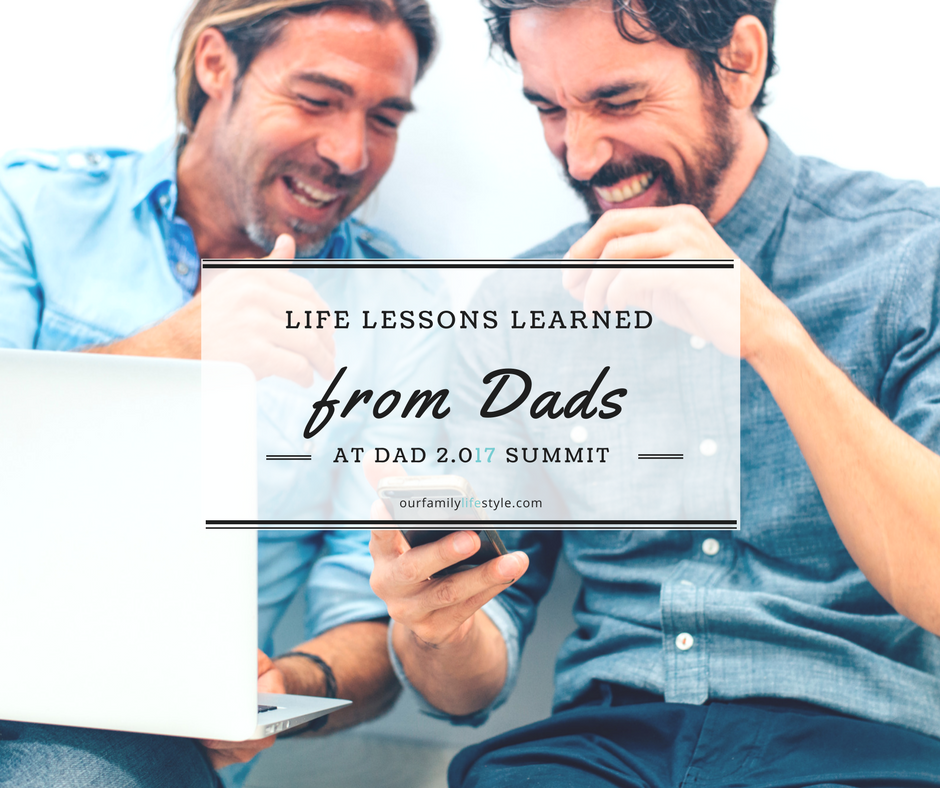 Each year as Colby and I plan our conference schedule, there is one we both know we do not want to miss: Dad 2.0 Summit. As a tomboy, there is no other conference where I have felt more comfortable. The sense of community among these men is incredible and one that many may not expect. But it’s genuine and it’s overwhelmingly sincere. 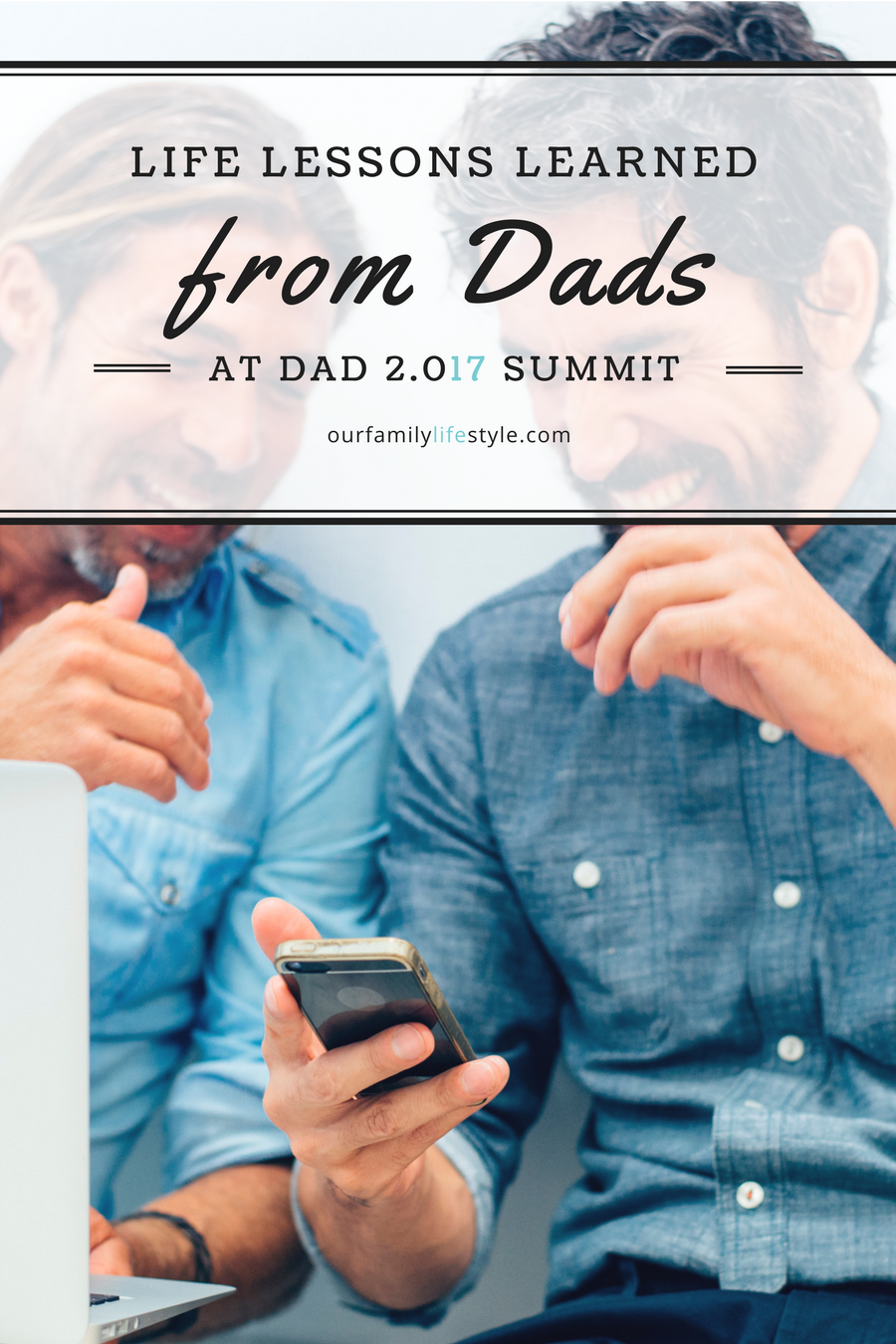 2016 was one heckuva year to put it mildly. The blogosphere was a tough one to manage after being the victim of what I can only compare to a witch hunt from a group of mean girls and their fearless (PR rep) leader. The situation sent me into a depression that I haven’t seen since losing Reagan nine years ago. Even then, it took me three months to get out of bed and try to get back to living. This one took me 11 months to work my way through. Therefore, Dad 2.0 was going to be my first contact with a large group of bloggers in any environment in quite some time and my anxiety was through the roof. Yet, other than one altercation at the coffee bar, I did well. In fact, that was one last piece of closure I needed so that I could start fresh this year.

And I think I’m ready. Ready to move forward. Ready to get back to living. I was inspired and motivated to not only live my life, my way… but to do it cheerfully and with a grateful heart.

Charles Tillman, retired Carolina Panthers and Chicago Bears Corner Back, spoke with us one afternoon about his life during and after the NFL. He had several great takeaways on both aspects of his life, but there was one point that really hit me because of events from the past year:

How many times do we have to have to be mentally tough to get through events or situations in our life? Mr. Tillman’s daughter had a heart transplant at 6 months old. Talk about needing to be tough! Yet, beyond his family, he spoke about how his real strength as a dad is found in caring for others. He knows that he is good at helping others in need and does so through his Cornerstone Foundation. Even as a Dallas Cowboys fan, I became a Charles Tillman fan that day.

Another celebrity made an appearance as the closing keynote and surprised me by being an impeccable storyteller. Andrew McCarthy, which many of us remember from Pretty in Pink, Mannequin, and Weekend at Bernie’s, had so many poignant points about parenthood I could barely keep up.  He began with this:

Think about it. Yes, of course, there is jubilation found in new life, yet there is a reality that parenting is tough. Long, sleepless nights coupled with even longer days and challenging moments. It’s definitely not for everyone. Yet, these words rang true as I took a glimpse at my own parenting journey of 21+ years. And then, McCarthy dropped this bomb:

"A goal of parenting is to be better than who we were before we had kids." @AndrewTMcCarthy #Dad2Summit #RealStrength

Yes! I say this often. My only desire in this crazy thing called life is to be a better person. To give my children more than I had growing up. McCarthy continued with a story about forgiveness and discovery in his own life. How the symbolism of holding his father’s hand upon his deathbed and letting go of years of pain helped him heal and grow as a father. How he has collected, “Oh. There I am!” moments over his lifetime.

One of the greatest gifts of life is just knowing who we are. @AndrewTMcCarthy #Dad2Summit #RealStrength

This one thought alone made me stop and think. What did those moments in my life look like? Where had I discovered myself and what has led me to this point? Who am I really and how can I continue to embrace that and show it to my children —and grandchildren? Again, in McCarthy’s words, what “makes me feel like me from the toes up?” I want to capture these things and continue to grow and develop each of them.

Finally, McCarthy hit me with one more powerful truth I’m not sure I heard or realized before: “anger is always based on fear.” Woah. Gut punch. Anger is the one emotion I show best. Therefore, as I began to process this thought, I realized how true it was. I fear so many things in my life: rejection, loss, apathy, hate. The list could go on forever. And when one of these things presents itself, I get angry. Again, as he pointed out, it gives me a sense of empowerment and control over the situation at hand. But does it really? Does it show my children how to properly work through their own struggles?

Yes! I firmly believe this–> "Power of example is the best thing we can do for our kids." @AndrewTMcCarthy #Dad2Summit #RealStrength

What kind of example or legacy am I leaving for my children? Will they be better people based on what they see me doing as their mother? Have I taught them to love passionately, to show compassion, and to live fully? Have I been that example to them—or is there still time to make those changes?

Aside from the celebrities present, the men I met at the meal tables, during the breaks, and through the Blogger Spotlights and Dad Voices both encouraged and inspired me to be more. To do more. From the white dad worried about raising his black son to the adoptive father sharing his two son’s birth stories and the father struggling through depression, there was so much raw emotion to sort through. So much to digest and understand. An incredible amount of love and humility on display in just a few short days.

These men opened their hearts and shared their souls to this community that craves it. A community that seems to strive on being open and honest. A community built on the fact that more men are defying stereotypes by taking active roles in their children’s lives.

They not only accept fathers from all walks of life, they also open the doors for moms, like me, who want to learn more about modern fatherhood. Who want to understand and learn from these men as a collective whole. To any and all who simply want to become part of the conversation. I have never felt more accepted and am grateful to each and every one of them for making me feel welcome. There is a lot be learned from a collective group of dads on a mission!