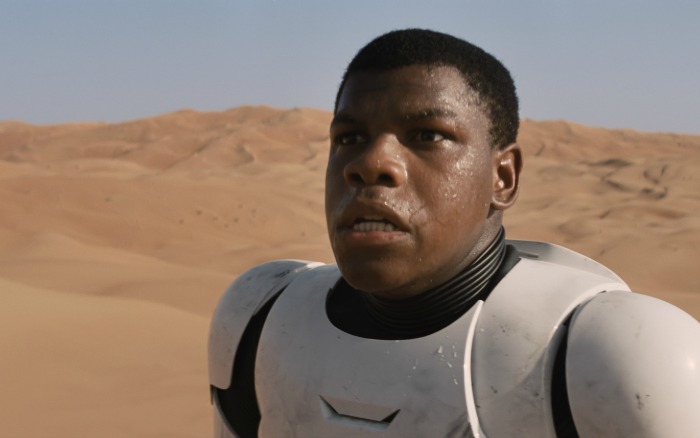 The lone face of a Stormtrooper broke the internet when it was initially unveiled. Yet, the man behind that face, so to speak, says he can still walk the streets unnoticed. John Boyega, an English born actor, says that he has yet to be recognized while out and about. Although some may take a second look, he has still remained under the radar. I have a feeling that will all change this week as Star Wars: The Force Awakens blasts into theaters this Friday, December 18th!

John Boyega plays Finn, who he describes in three words as “conflicted; charismatic; I’ll do it as a joint word, temporary bravery.” Yet Finn, a Stormtrooper, is so much more than that and Boyega even goes as far as to say that Finn’s complexity is inspiring. You have a Stormtrooper, who is the first in the Star Wars saga to ever remove his helmet, who has never experienced individuality. As a longtime fan of the franchise, Boyega said he always felt sorry for the Stormtroopers. They were basically just sent out to fight and be shot. He simply wanted to tell them, “There must be a different career for you, Mate.” Well, Finn is the first Stormtrooper to actually decide that perhaps he needs a new job. And John Boyega is excited to be able to bring this new character to life.

When I say John Boyega brings Finn to life, I really mean it. From the moment Mr. Boyega walked into the interview room he had us laughing out loud. He is funny, charming, witty and incredibly friendly. After asking how we were doing, he pulls the backpack from his back and proceeds to tell us that he is “wearing this backpack for no reason, by the way.” He just felt like it even though there was nothing significant in it. He got a laugh out of us and it broke the ice as we began with our first question about what he thought when he saw himself in costume the first time. His response? “I did like the way my glutes looked.” Well, that IS important too! 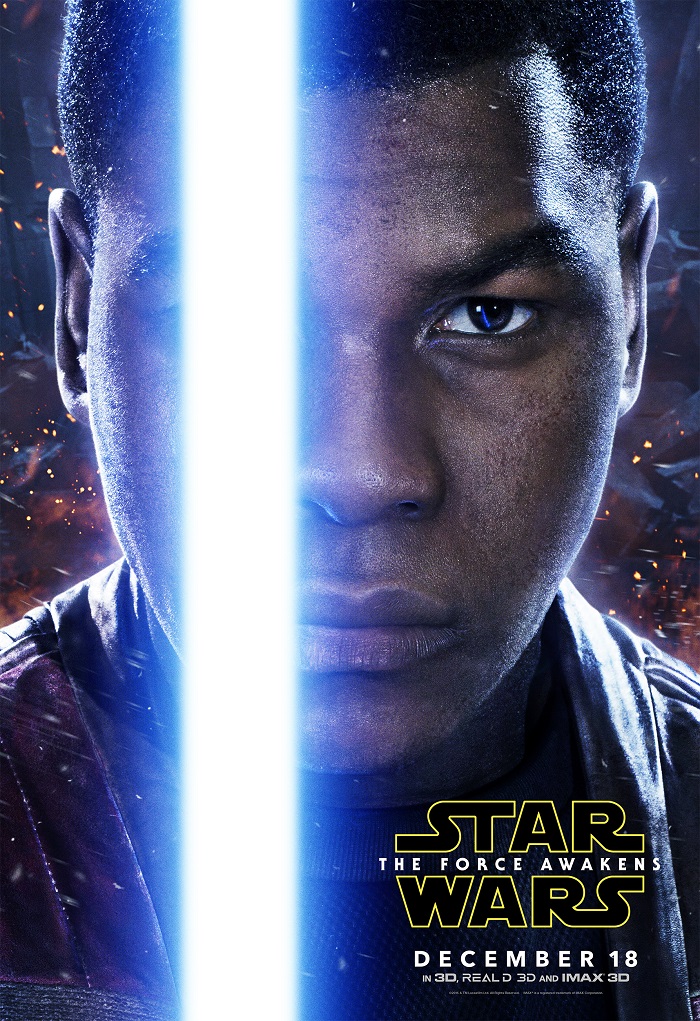 But what about the iconic lightsaber? Finn has a blue one and John remembers the first day it was presented to him. They were filming in the ruins of a castle when it was brought to him in a black case. He opened the case, picked up the lightsaber, and exclaimed in a high pitch voice, “Just for me? A lightsaber?” Of course, with this energy weapon, there also came plenty of training. He and Adam Driver (who plays Kylo Ren), had to choreograph scenes for the hand-to-hand combat scenes. Plus, he and Daisy Ridley “got [their] cardiovascular skills up” with all of the shooting and running scenes. It was treacherous, he explained, but still fun. “You realize why the training was so intense — because the scenes are literally practical effects on the real locations. There’s no time to kind of slack.”

Perhaps one of the most intense scenes we have seen in the trailers is the explosion. Listening to Boyega talk about shooting the scene was exhilarating due to how animated he became telling it to us. Here’s the behind-the-scenes story as told through John:

With explosions like that there are health and safety regulations and all those things. But while we were on set, I don’t think I expected them to be that big. I just remember coming and saying, ‘Okay, John, we’re gonna do this scene and just run.’ Do the dialog. Have fun. Great. All right. Cameras! Action! And I’m running and I look at Daisy and see that everyone’s backing up. JJ’s going further and further away. They put a plastic cloak over the camera; people putting goggles on and hats. I looked at Daisy like,’Why? How come we..?’ And they called action. And then I realized, ‘What?’ If you watch the scene, I’m actually legit freaking out! I might not have another. I’m too young to die like this. But it was definitely fun filming those scenes.”

So those emotions you see in that scene? Yeah, all real. All John Boyega! This man who will now, forever, be part of the Star Wars saga. In fact, during filming, a driver from the set looked at him and stated, “You know what, mate? When you die, you’re not gonna be really dead because you’re gonna be everywhere anyway.” Other than that, John said he didn’t really think about that when auditioning for the part. But then, once he got the part, he didn’t think about it during filming either because it was simply about the “reality of the scenes.”

Besides, as he told us, “the characters don’t know that they’re in a Star Wars movie that will change people’s lives. So they’re in their reality.” Again, once this movie hits the movie theaters, I am sure that Mr. Boyega’s new reality will also be changed forever!

We did ask him what he felt makes the Star Wars movies timeless and, again, his response was perfect:

“There’s only been six films, but if you look at the fandom, it reflects as if there’s been twenty. I think it’s because there are different ways in which you can experience Star Wars. You don’t necessarily have to watch the films; you can just have the merchandise and just know it from there. So there’s several ways that you can be a Star Wars fan and I think that’s different than any other property.”

Welcome to the Star Wars family, John Boyega! Watch for him as Finn in Star Wars: The Force Awakens opening in theaters everywhere this Friday, December 18th. 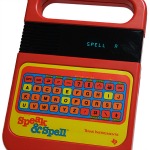