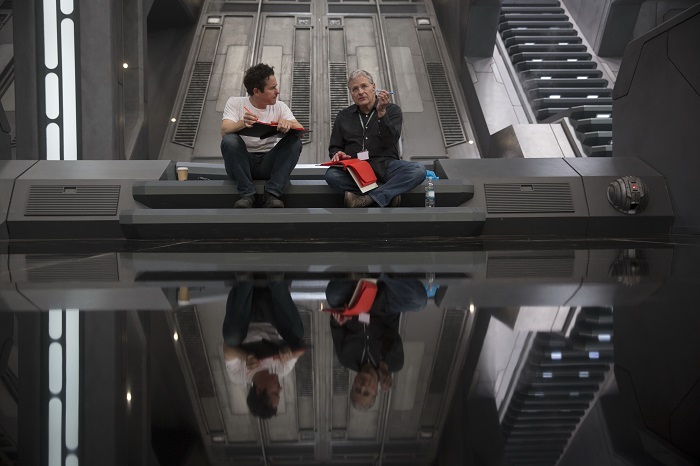 J.J. Abrams was a child when the very first Star Wars came out in 1977. Like many of us, it would go on to be forever “ingrained in his conscientiousness for so long that it’s become a birthright to just know Star Wars.” Considering I was 3 when the first Episode released, I completely relate to that as well. Only difference? I wasn’t asked to direct Star Wars: The Force Awakens. Good thing because I am pretty sure J.J. Abrams nailed it! 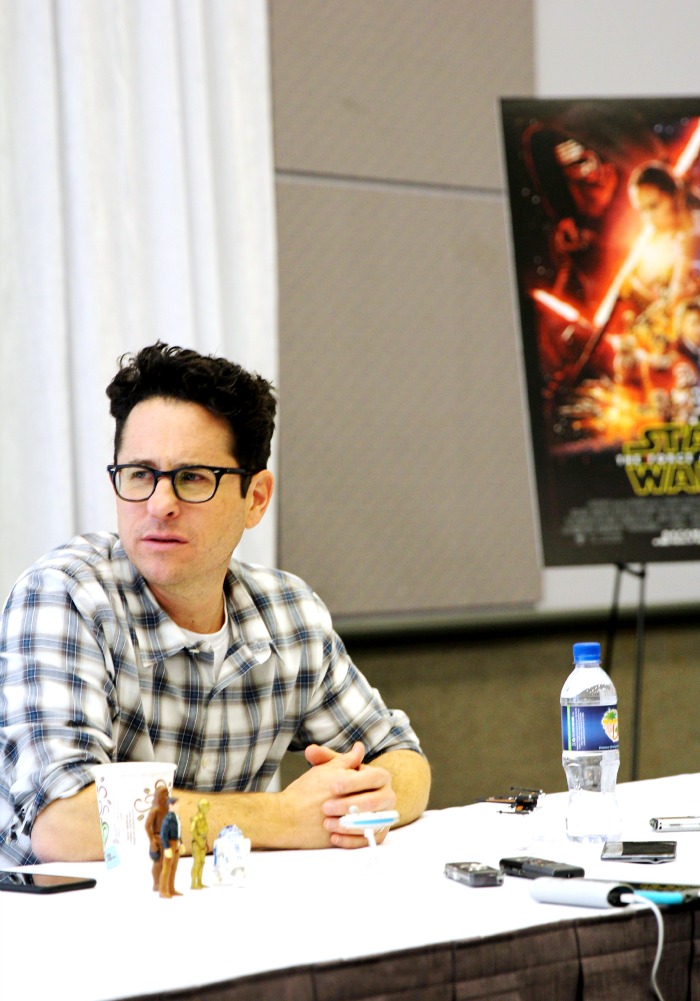 I found it amusing that during our interview with J.J. Abrams he mentioned how eerie it is that even 3 year old kids talk about Star Wars. I can contest to that. Our youngest daughter is one of the biggest fans in our house! She knows the character’s names and most of the story lines better than I do. It’s incredibly amazing to see how this one franchise can unite such an amazing variance of generations and cultures. For J.J. Abrams though, he had to step outside his fan boy persona and into his “nearly-50-year-old director” hat in order to do what he did with Star Wars: The Force Awakens.

Speaking of collaborators, J.J. Abrams was especially excited to work alongside Lawrence Kasdan. Kasdan was one of the original co-writers of the films The Empire Strikes Back as well as Return of the Jedi. He had been there since the beginning and knew the story and helped make it something that was “emotional and not just a fan film.” There was also composer John Williams who J.J. Abrams says made him feel as though they were “cheating.” Abrams says that Williams just “speaks to our soul with music in a way that [he] thinks is super-human.” Another addition in the music department was Lin-Manuel Miranda. In fact, it was a tap on the shoulder during one of Miranda’s Broadway shows that spawned this collaboration. Miranda’s music pieces can be heard in the Cantina scene so pay attention!

One of my favorite new characters from the film has to be BB-8. Having met this little guy during the Global Press Event, I see why the cast fell in love with him. He is full of spunk, likes to talk, and seems to be very expressive. In fact, J.J. Abrams described BB-8 as being “alive, expressive, passionate, curious, helpful, afraid, daring.” These emotions in this new droid gave the cast and crew a big advantage when it came to interacting with the actors, such as Daisy Ridley and John Boyega. 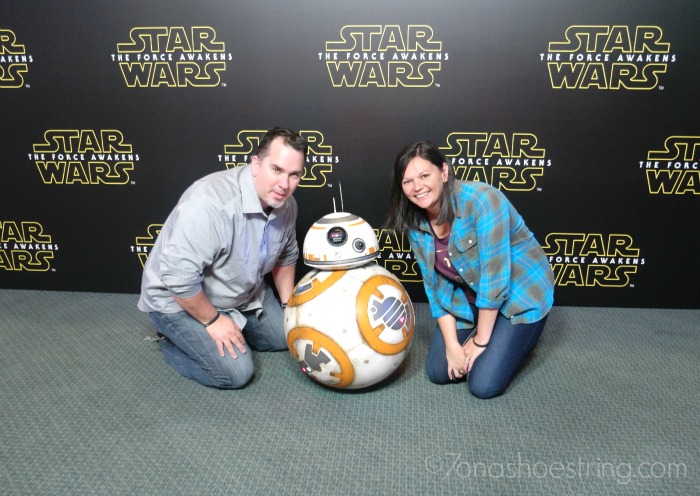 A fun fact about using BB-8 was that instead of using CGI to to bring the droid into a scene, they were using to pull his puppeteers out of them. They all became so close to BB-8 that when there was a break in shooting or the droid was away from his puppeteers they all felt as though someone was missing. That it was heartbreaking to see BB-8 become an inert object and they would get excited to see him come “back alive.”

Finally, J.J. Abrams knew that his time on the project would be a temporary one. He will pass the directing torch off to the next generation and watch from the theater seats as a fan when the next episodes come into theaters. But, on this day, we will celebrate Star Wars: The Force Awakens as it makes it’s way into U.S. theaters everywhere TODAY!