Do you eat breakfast… or skip it? Before Colby began staying home, I admit I was a breakfast skipper. But, I know that I am not alone. Even though we know the benefits of having a good breakfast, more than 1.6 million people tweeted about skipping breakfast over a 2 year period. Why? Well, 1 in 5 said they just did not have enough time to prepare breakfast each morning. I get that.

Recently Colby and I spoke to a Registered Dietitian and we both expressed to her that we needed “convenience” foods. Foods that we could literally grab and go. Mainly because of  our busy lifestyles and work habits. She completely understood and helped us come up with a few great breakfast ideas that even our kids would love. Perhaps my favorite recipe was the 90 Second Scrambled Eggs. I had heard of brownies and such in a mug… but never an egg. Until now. And it was super easy, protein-packed, and perfect for eating on-the-go. 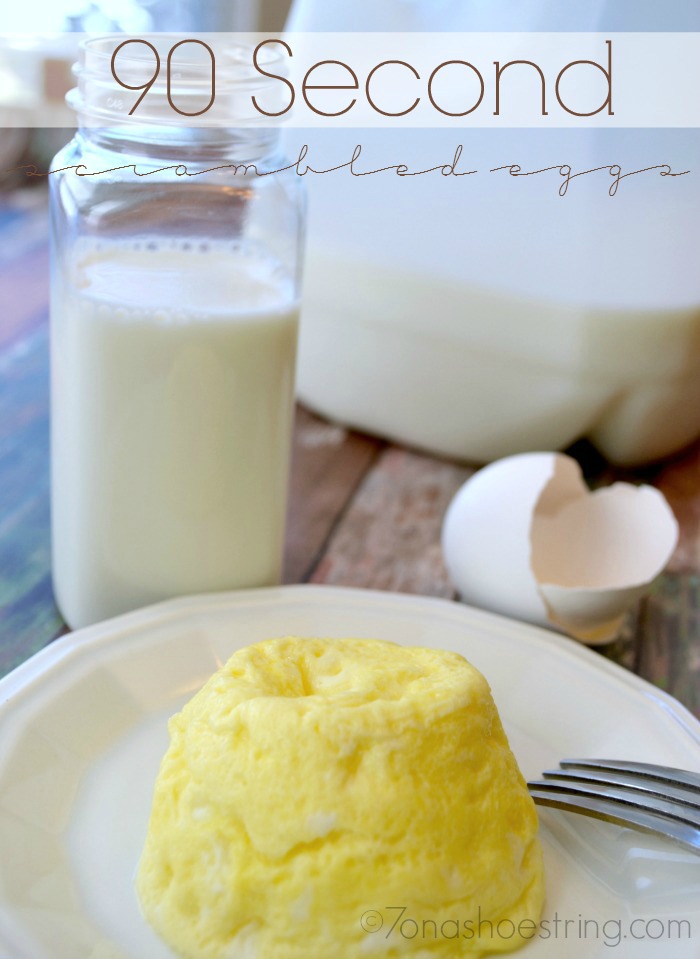 For variations on serving, add egg to a whole-wheat tortilla with 2 tbsp low fat cheese, roasted veggies, and salsa. Or, place the egg onto an English Muffin and add a slice of low fat Swiss or cheddar cheese. Either way, you have a delicious tasting, healthy breakfast on-the-go. 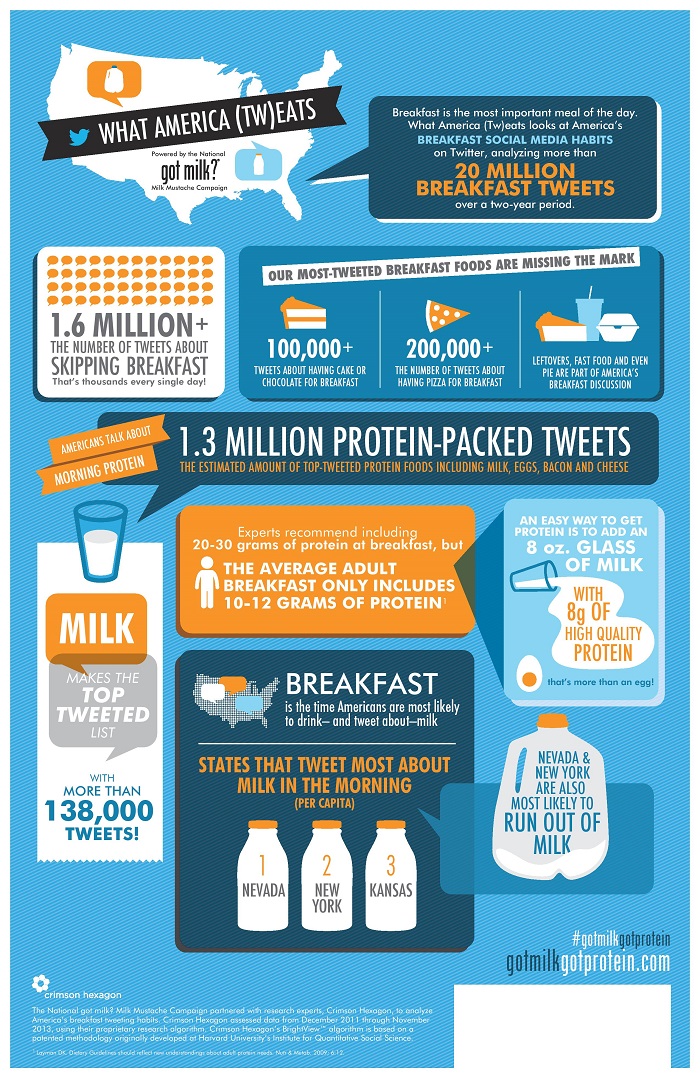 The National “got milk?”® Milk Mustache Campaign  recently developed a fun study where they took a look at people’s tweets about breakfast: What America (Tw)eats. As a fan of social media, I found the results both entertaining and interesting. In fact, the stats I shared about about the 1.6 million tweets came from this particular study. Also, they found that people in different parts of the country have different breakfast tweeting habits.

I wonder why the day of the week makes a difference? Incredibly intriguing to note… for me anyway. And they even dug deeper to discover which gender talks most about breakfast. Although females seem to tweet slightly more about breakfast, the genders were pretty mush split: 54% female vs. 46% male.

Perhaps most alarming was the foods that are being consumed. The top breakfast foods tweeted were:

But, there are more than 100,000 tweets about cake or chocolate for breakfast and more than 200,000 tweets for pizza. Leftovers, fast food and even pie are part of America’s breakfast discussion. Personally, I am not a fan of any of these for breakfast. My go-to is typically yogurt, muffins, or… sigh… donuts.

Finally, the study did find that there are more than 100,000 tweets about milk. Americans are most likely to talk about milk recipes, health benefits of milk, milk in their coffee, and their sheer disappointment when they run out of milk. I know this is the case at our home.

A full 15% of tweets about milk are people lamenting they have run out. Many complain of pouring a bowl of cereal only to find they’re out of much-needed milk.

Nothing disappoints my children more in the morning than pouring a bowl of cereal and not finding milk in the fridge. You better believe we hear about it first thing!

What is your healthy breakfast choice while on-the-go?

Stay tuned throughout the month to learn more about how making milk a part of your morning can improve your health. Plus, find out more about the benefits of milk by liking Milk Mustache on Facebook or by following @MilkMustache on Twitter.

Disclosure: This post is sponsored on behalf of The National Milk Mustache “got milk?” #gotmilkgotprotein Campaign. Regardless, all opinions are my own.