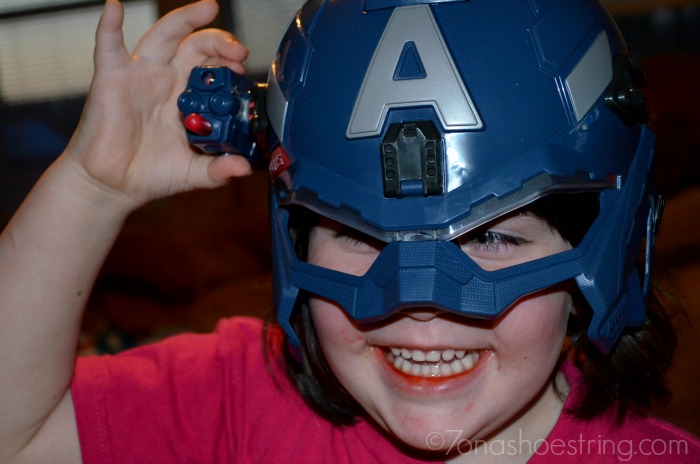 Disclosure: This is part of a product review campaign with Latina Mom Bloggers and Hasbro complimentary products were provided. However, all opinions expressed are my own.

Since Colby and I recently attended the Captain America: The Winter Soldier press junket, there has been no shortage of talk of the superhero around here. Even our little girls are fascinated with Captain America. Therefore, when given the opportunity to play with a few of the new Hasbro Marvel Captain America toys, they were excited as can be! 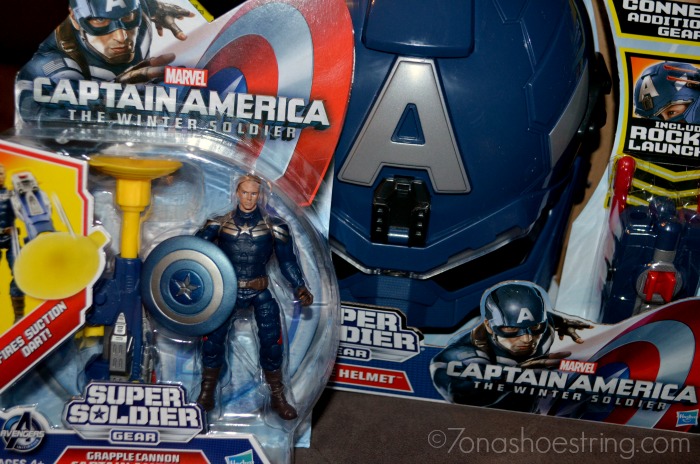 With the launch of the HUGELY popular newest movie in the Marvel franchise, Hasbro has joined forces with them to produce a fun line up of toys. Captain America: The Winter Soldier has been breaking all sorts of records at the box office and the toys are a great way to bring the movie home. But don’t think that the toys are only for boys. My girls had a fabulous time playing with them… and teasing their brother-in-law.

As soon as I opened the Captain America Super Soldier Gear Battle helmet, it was on! With a reminder to not shoot anyone in the face, the battle in the living room began. The Battle Helmet has light-up battle vision and includes a rocket launcher with 2 missiles. Utilizing the innovative rail system feature, each person can customize their Battle Helmet. Additional rocket launchers are also available. 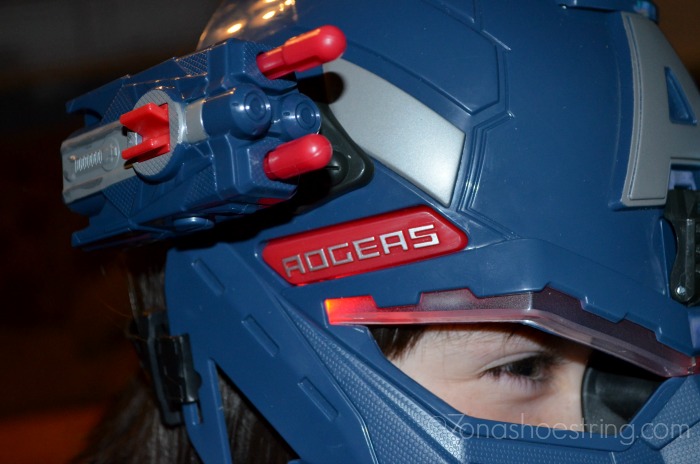 In fact, we were able to add the grapple launcher that came with our Grapple Cannon Captain America figure. Not only can we launch a missile from the Battle Helmet, but Captain America can use the grapple cannon for recon missions. His missile includes a suction dart so he can quietly sneak into places when needed. 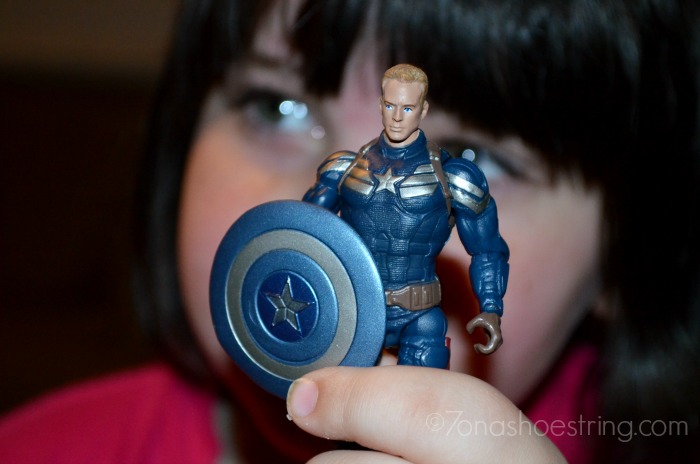 Using both toys from the Hasbro Marvel Captain America line, the girls were successfully able to take down their brother-in-law for a fun tickling session. Captain America helped them complete the mission and I am sure will continue to help them in future endeavors.

Be sure to visit Hasbro.com for more information, pricing, and availability on these toys… as well as many others in the Captain America line!