About 7 years ago, Colby had left an incredible job with great benefits to help out a “friend” of ours with his new company. He was promised a number of things, so we felt confident in the decision. Imagine the disappointment when they let him go three short months later with no reason. 3 months before Christmas. With 4 small children at home. 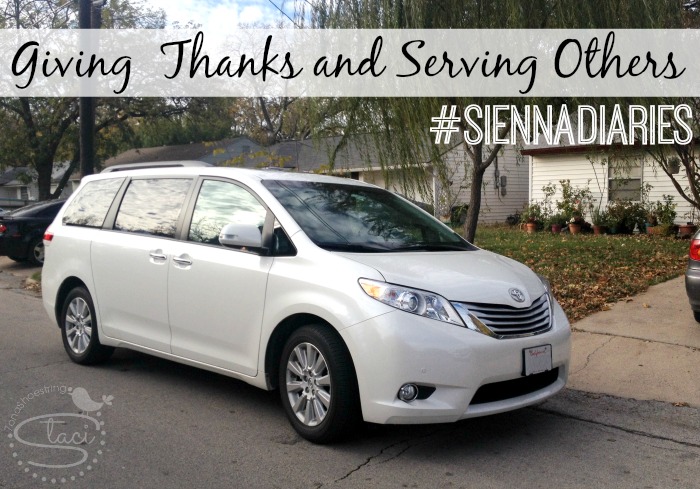 We learned humility that year, but we also learned about the joy of serving others. Members of our church family helped us survive the holidays and we promised to pay it forward whenever we could. By Thanksgiving, we had so many people giving to us that we were able to give to others. We collected enough meals to deliver to 5 different needy families that I found through Craigslist. Delivering those meals as a family also taught us sacrifice, love, and the true meaning of giving thanks. 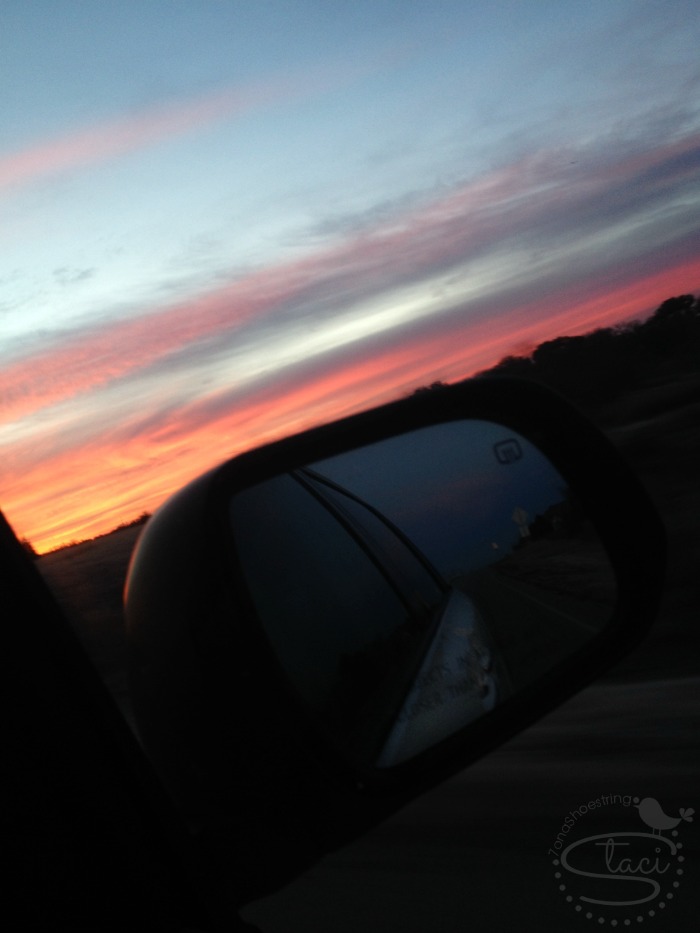 This Thanksgiving, Colby and I set out at sunrise to serve other families in need by delivering turkey dinners. My friends at TangoTab told me about the opportunity and thought it would make a great way to utilize the cargo space of the 2014 Toyota Sienna. And they were very much right on! 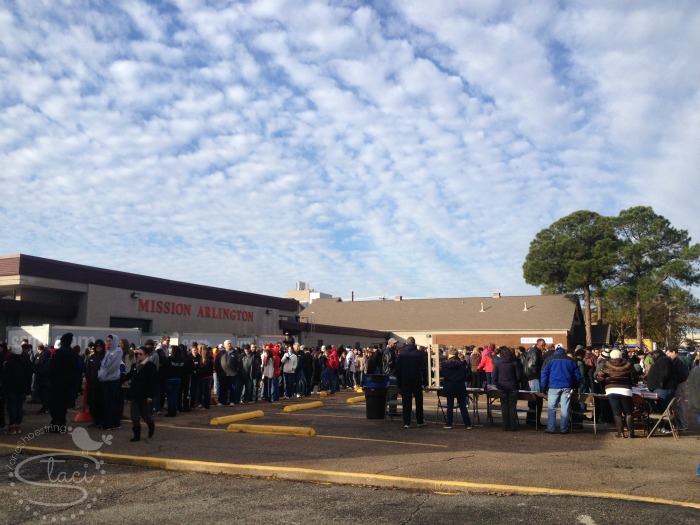 After registering and waiting in the crisp early morning temperatures, we were given our addresses and were back into the minivan to pick up our meals. Walking through the crowd of people as they awaited their own chance to serve was incredible. Over 2,000 people turned out that morning to volunteer. Over 5,000 families needed meals delivered that day by noon, and there was an amazing army of volunteers there to make sure that happened. 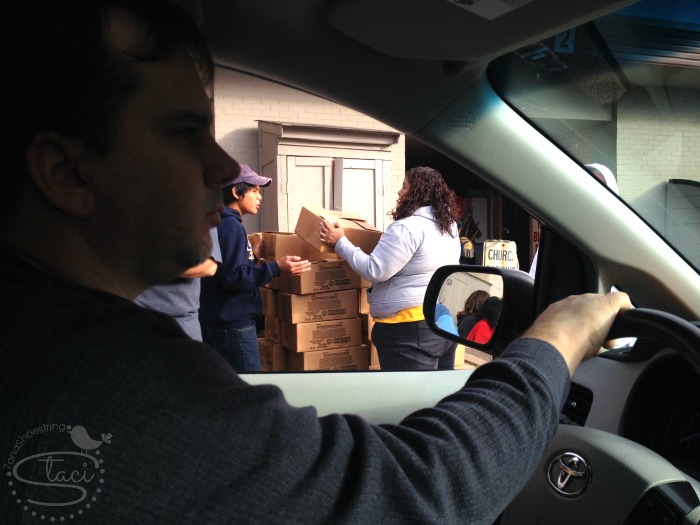 After getting the Sienna loaded by a well-oiled line of even more volunteers, Colby and I pulled over to insert our first address into the minivan’s navigation system and then were off. Driving through the part of town we were making our deliveries, we noticed the humble frame houses and rundown marketplaces. Again, we were humbled by the modest surroundings. But, we experienced more love in our first delivery than we had in a while. 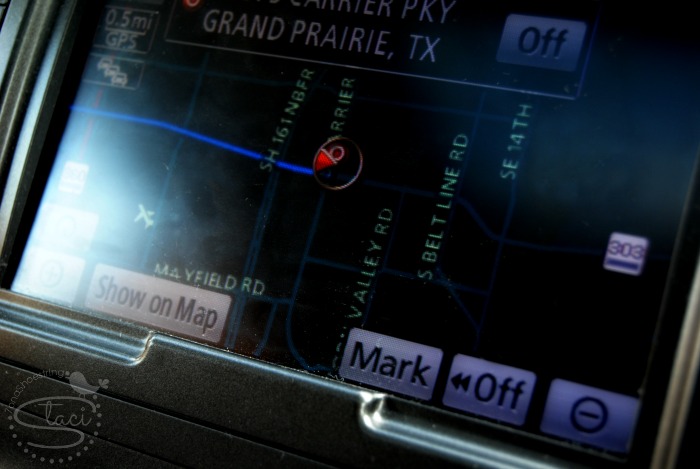 I have to admit, I was thrilled to know our 1st delivery was to a family that did not know we were coming. Whereas many families request help, this particular scenario was called in by a caseworker. The single mom of 3 had no idea she was receiving the meal. When we knocked on the door and told her why we were there, she was both surprised and delighted. She invited us inside where we could carry the food in and put it down. Colby noticed the medical shoe on her foot and asked how she was feeling. She then told us about how her husband had recently choked her and threw her over the balcony. I had no idea how to respond. She smiled. Said she was fine now. Then hugged both Colby and I. We then prayed together and she hugged us once more. Overjoyed with the dinner she could now share with her young children.

How are you serving others this holiday season?

This one instance reminded me of every trial we may had faced over the past year… and how trivial it really was in the whole realm of things. I was grateful for this special lady and the joy she showed in her circumstances. Our circumstances do not define us. The way we choose to react to them does. Me? I am thankful… for so many things. But, this Thanksgiving I was thankful to Toyota for inspiring me to serve my community and for TangoTab for providing the opportunity. 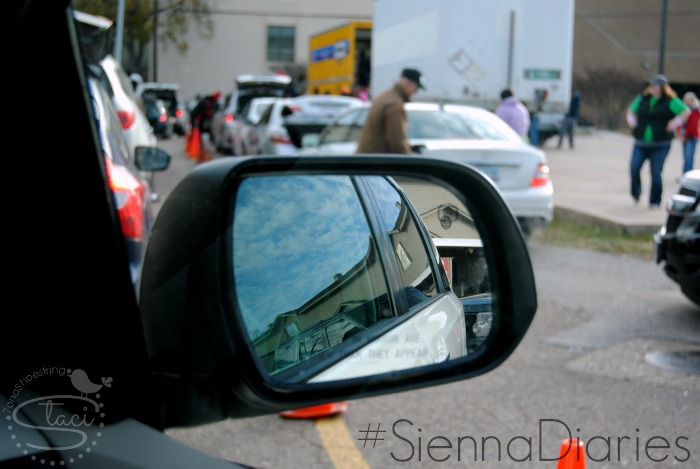 Learn more about the many features of the 2014 Toyota Sienna by following myself and other bloggers through the #SiennaDiaries. Each of us will be sharing the ways you can utilize the features of the Sienna in everyday life. The possibilities are endless.