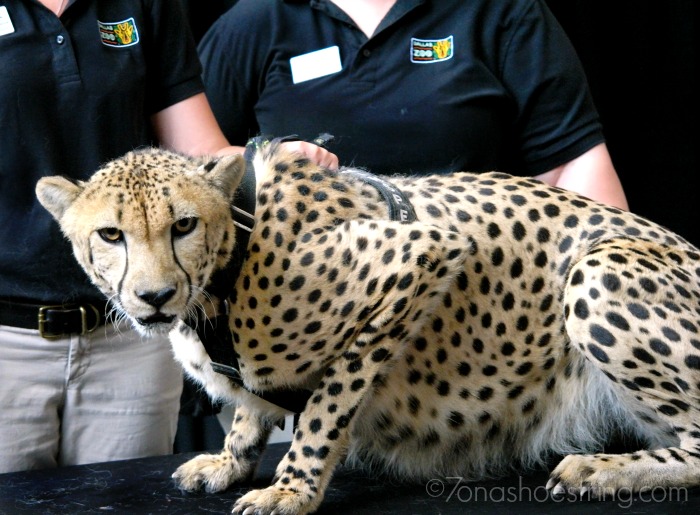 How are you getting your family out and about this summer? We have already been across the country from coast to coast exploring all we could — including as many museums and zoos as we can. Why? Because we love to instill the fun of interactive learning into our kids as we travel. Most recently, we didn’t even have to go far to get hands-on with some incredible animals thanks to the Frito-Lay 2 GO (FL2Go) and the Association of Zoos and Aquariums (AZA). 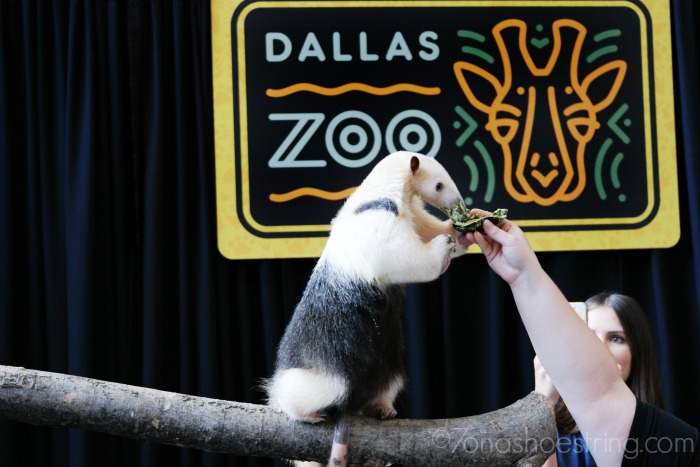 We are lucky enough to be very near Frito-Lay Headquarters here in Dallas and were invited to join them for a day of exploration with AZA. The Dallas Zoo brought out several animals that we could actually get (a bit) up-close and personal with. There were times when we were sure to keep the 3-6 foot buffer when needed and then actually being able to touch and feel a few. The girls loved watching the animals as they moved and interacted with their keepers. Seeing the relationship the animals had with those that care for them was truly endearing.

Not to mention, with so many faces around watching, the animals did incredibly well with the audience. Because we did ask, I know that each of the animals in the program cannot be seen in the zoo. They travel with the program and are used to engaging with people close up. They are very well maintained and simply incredible animals. Additionally, we learned a few things about each of the different species that we found fun and/or fascinating.

Cheetahs have “tear marks” that run down their nose in front of their eyes. These marks help reflect the glare of the sun when they are hunting during the day. Have you seen football players were black marks under their eyes? They work just like that! 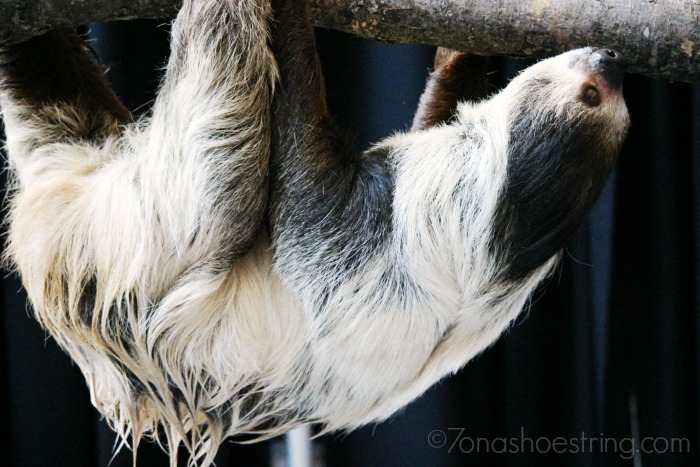 Sloths usually spend about 20 hours a day sleeping. The rest of the day, they are eating. Sloths are nocturnal, which means they are more active at night. Of course, if you know sloths, that doesn’t mean they move any faster than normal! 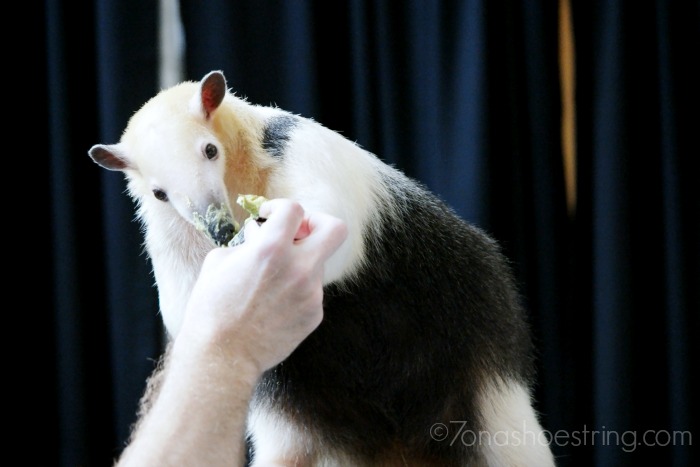 Anteaters flick their tongues 150-160 times in a minute while feeding to ensure they grab plenty of ants — and eat them quickly — to avoid bites. They can actually eat up to 30,000 insects per day and have a specially designed stomach to digest them all! 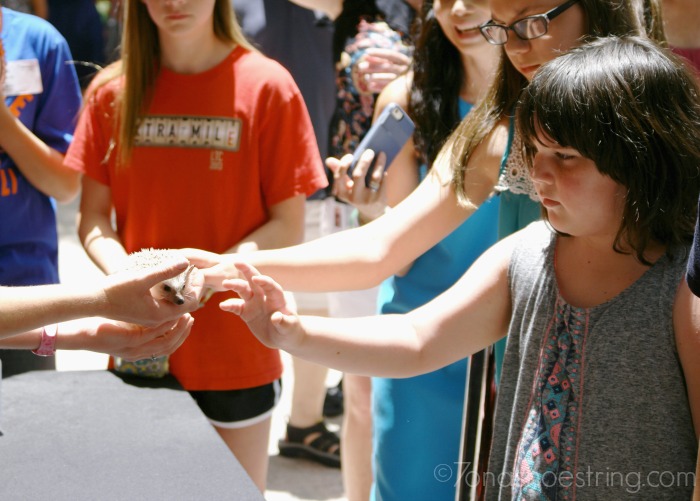 Hedgehogs coats are thick and spiny to help protect them against predators. When they feel alarmed or intimidated, they curl up into a spiny ball to protect their stomachs, faces, legs and bellies, all of which have no spines on them.

Penguins have 300 times more feathers than flying birds. They need a special layer of down that traps air for insulation and an outer layer of feathers that can lock together to form a water-tight covering. Their feathers also help them control their body temperature. 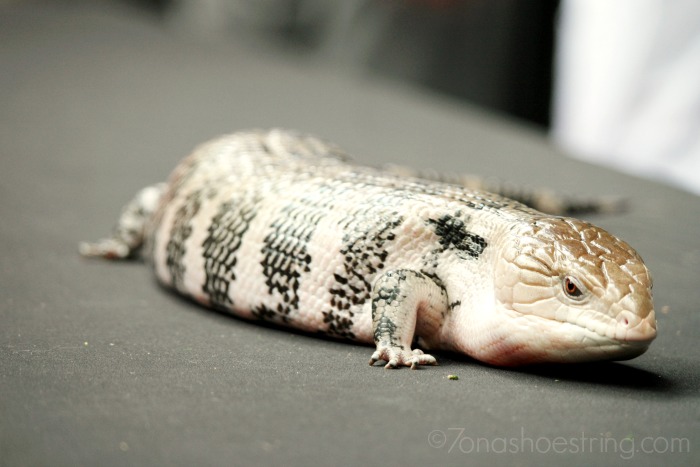 Skinks don’t have to eat every day, but when the food is available – they won’t skip a chance to fill their bellies. Like most lizards, skinks have the ability to detach their tail in case of danger. Their tail will eventually re-grow until it reaches its previous size. 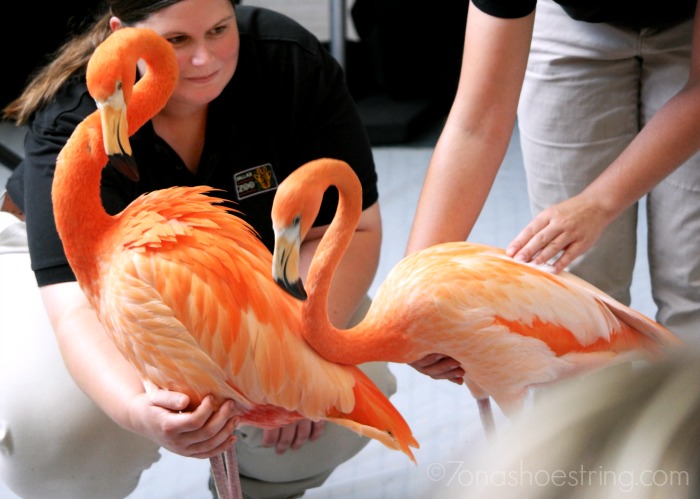 Flamingos spend 15-30% of the day cleaning their feathers. They produce an oil in a special gland that they use to spread over their feathers by use of their beak. When they eat, their head is positioned upside-down. They suck up water and filter food. 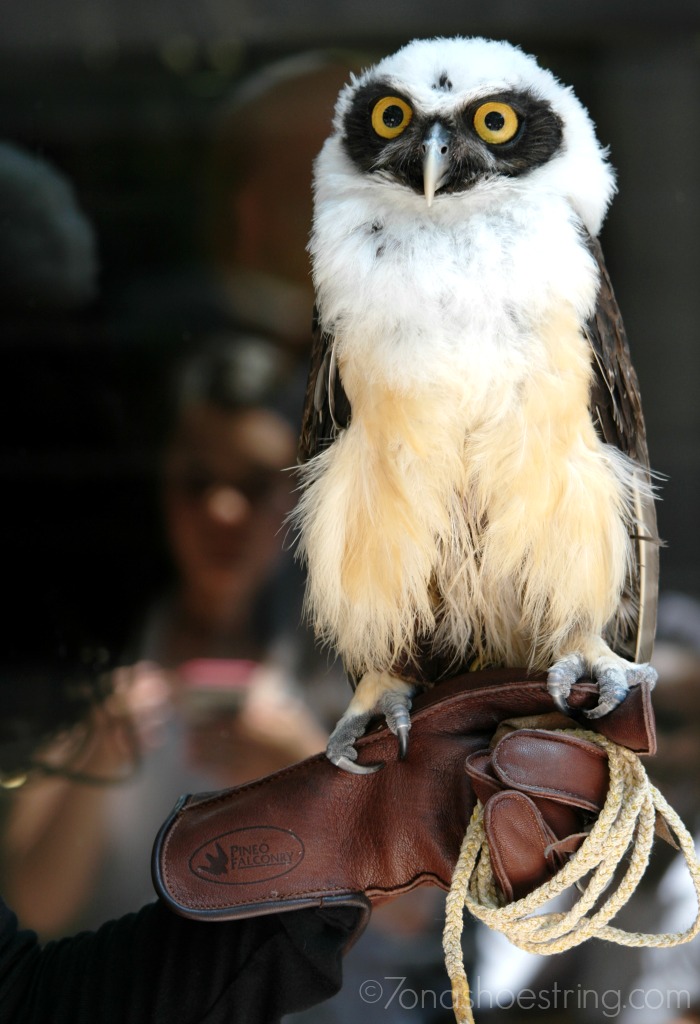 Owls can look across their shoulders, but cannot rotate their head a full circle. Although it often looks like an owl can turn its head a completely 360°, it can actually only move it to a certain extent of just 270°. 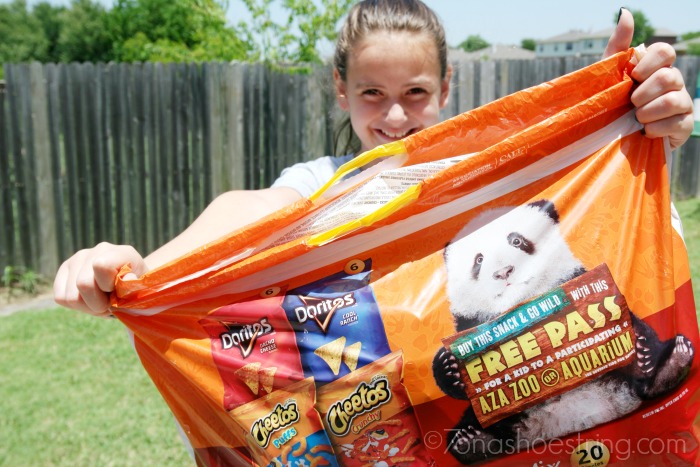 In an effort to show that FL2Go variety packs are literally made to go anywhere, the brand is turning each Frito-Lay 2 Go product into a “Fun Pass” that unlocks amazing, one-of-a-kind experiences. This is why FL2Go is partnering with AZA. Together, they are encouraging animal adventures by offering free kid’s passes to participating AZA-accredited centers from July 5th through October 20, 2016. Families can receive their pass with the purchase of one specially marked Frito-Lay 2 Go 20-count Variety Pack. These packages features images that include a monkey, penguin and koala bear.

For a list of participating AZA centers near you, visit http://aza.fritolay2go.com/