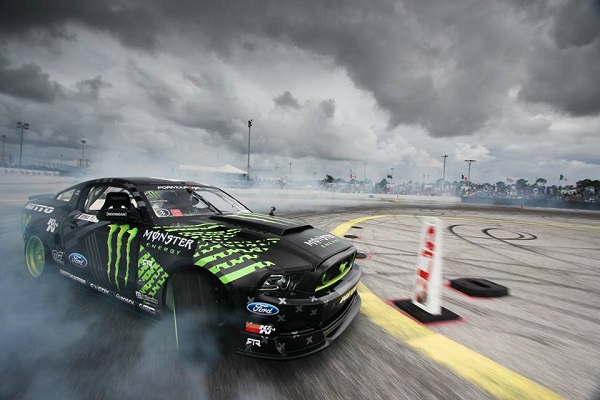 I grew up around cars. My dad, brother, cousins, uncles… they all loved fast cars and worked on them often. I loved getting my hands dirty and helping. We were at the dirt track most weekends sitting in the mud section and on Friday nights we often found car shows to attend. So, Colby thought I was crazy for giving up a trip to Branson this weekend so we could attend the Formula DRIFT with Ford at the Texas Motor Speedway instead. Personally, I think I made the right decision.

For the first time, Formula DRIFT competitors, including Ford Racing drivers Vaughn Gittin Jr. and Justin Pawlak, will be tested at Texas Motor Speedway. And with only 2 events left, Ford still remains in the hunt for the Manufacturer Cup championship. 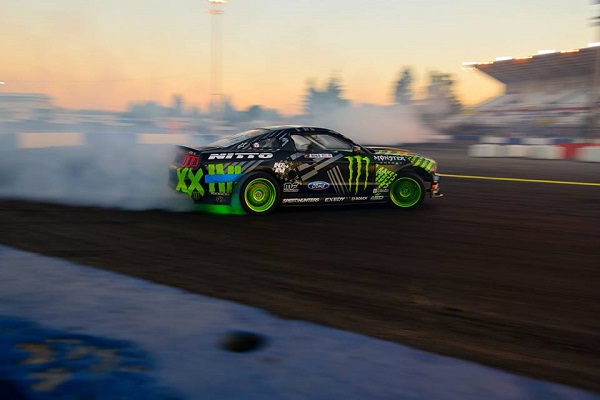 Round 6 of the Formula DRIFT takes place this weekend, September 13-14th, at the Texas Motor Speedway. Tickets start at only $27 and they are expecting to see around 8,000 fans come through. And with Ford Motor Company’s amped up involvement in the sport, fans will be given access to new Ford products at this seasons’ events.

For Texas drifting fans, Ford will also provide major eye candy at the event. Upon entering the gates, ticket holders will see a Mustang Shelby GT500, Focus ST, Fiesta ST and a customized Fusion that made its debut at the 2012 SEMA show featuring Ford parts and accessories. Also, the Ford Mustang Customizer kiosk will allow fans to design and show off their dream car via social media in real time.

Even Ryan Sage, the vice president and co-founder of Formula DRIFT, agrees that Ford brings a “new energy” and “their ability to draw new fans is just uncanny.” Not to mention, Sage also states, “…fans are witnessing intense driving by Vaughn Gittin Jr. in that beast of a Mustang. Ford has really helped our series get the recognition it deserves.”

Which Ford model are you most excited about: Mustang Shelby GT500, Focus ST, Fiesta ST or customized Fusion?

Round 6 Tickets are still available for this weekend. You can learn more about the racing series by liking Formula DRIFT on Facebook or by following @FormulaDrift on Twitter. You will also be able to see it streamed live.