This Earth Day, you can head deep into the jungle of Sri Lanka with Disneynature’s Monkey Kingdom. This true-life adventure marks the 8th for Disneynature since it launched in 2008. Monkey Kingdom allows us to watch this incredible tribe of monkeys through a lens over the course of 2 years.

It is actually quite extraordinary the amount of research and work went into the making of Disneynature’s Monkey Kingdom. As I mentioned, there was a film crew that took over 1,000 hours of film throughout the span of two years for the film. Through research done prior to arrival, the crew had a good idea of what to expect once they began filming. Plus, they also went with a story line in mind that they wanted to capture… and pretty mucg got it!

How did they know, you ask? Because scientists have been studying this particular tribe of toque macaques for over 40 years. Over this course of time, they discovered that there is a particular hierarchy within the tribe. There are approximately 50 monkeys in the tribe with an apparent social ranking system. Those with the most honored positions get to set highest in the prized fig tree. The higher branches are were the best meals can be eaten, while the lower ranks eat what falls below.

Highest of all sits the alpha male of the Castle Rock macaques, Raja. No one outranks him in the troop. Just below him sits the Sisterhood… the three highest ranking females of the tribe, along with their babies. And then way down below, on the ground under the fig tree, sits Maya. Maya knows her place among the troop and still remains strong and independent. Even with faced with tough decisions as single mom to Kip, she keeps them both safe and healthy.

Being clever as well as resourceful, Maya becomes the main character as the toque macaques find themselves in an unforeseen predicament. Her life at the bottom as taught her to work hard and be willing to take risks. And when it comes to Kip, nothing will keep Maya for providing the very best for him.

“Against all odds, Maya made this all possible.”

Monkey Kingdom is an amazing movie not only about the toque macaque troop in Sri Lanka, but about the empowering courage of one mother. Determined to do more for her son, Maya beats the system in order to provide more for Kip. Thanks to his mom, Kip can have a better future. 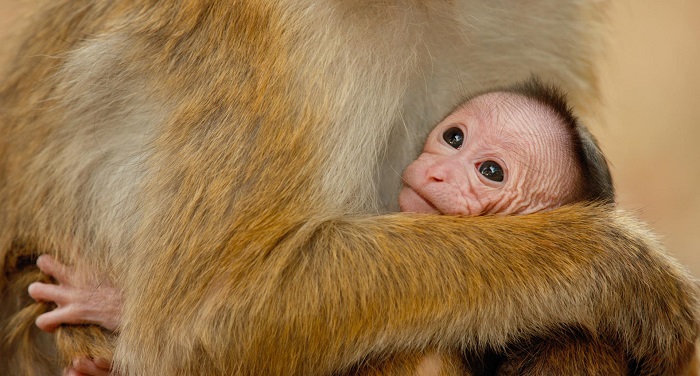 Disneynature always tries to tie conservation into its movies and has added a “thank you” to audiences for their impact in change at the start of Monkey Kingdom.

Disneynature’s Monkey Kingdom is narrated by Tina Fey and swings into theaters everywhere on April 17. For every ticket sold during opening week (April 17-25), Disneynature will make a donation to Conservation International to help protect monkeys and other endangered species in their natural habitats.

In celebration of Disneynature’s True-Life Adventure, “Monkey Kingdom,” this Little Love Monkey pendant is inspired by the playful and uplifting adventures of a family of monkeys set in the deep jungles of South Asia. This design features the courageous heroine, Maya, curled up into a heart to symbolize her never-ending love for her mate and their newborn, Kip.