Director Peter Sohn is not stranger to Pixar. Sohn made his directorial debut with the Pixar short film “Partly Cloudy” and  has worked in the art, story and animation departments, as well as voiced the characters of Emile from Academy Award®-winning “Ratatouille” and Scott “Squishy” Squibbles from “Monsters University.” Directing Disney•Pixar’s “The Good Dinosaur” was simply another big step in his journey. 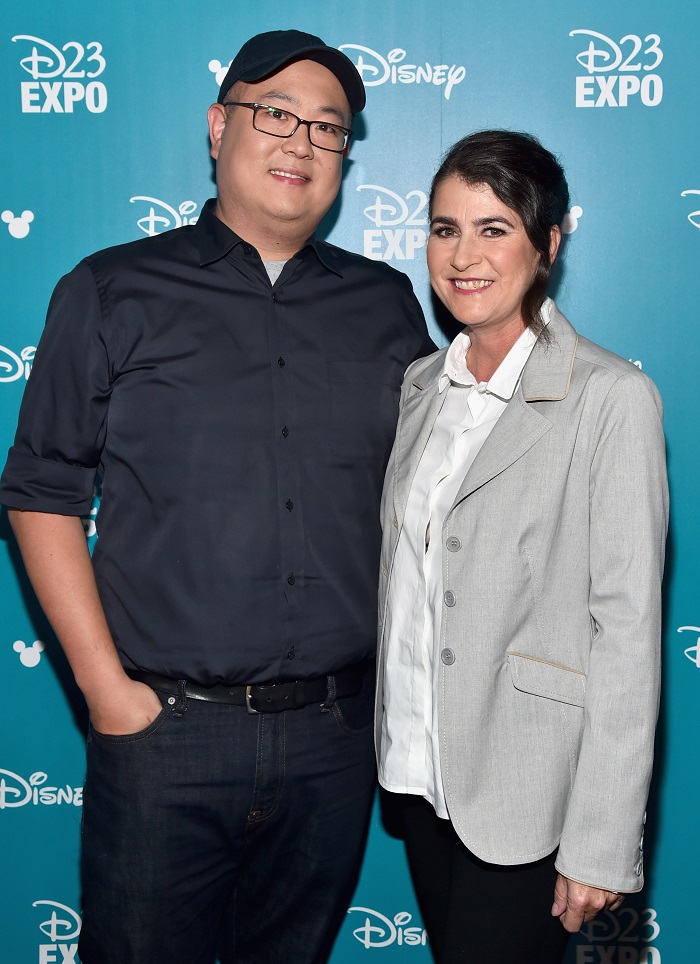 Being a voice actor, Peter Sohn was able to use his own experiences when giving the voice actors in The Good Dinosaur a safe place to develop their own characters. He and Producer Denise Ream, who also produced Golden Globe®-nominated film “Cars 2” and Disney•Pixar’s Academy Award®-winning film “Up,” created an environment where newcomers Jack Bright and Marcus Scribner could feel comfortable in their roles quickly and easily. And Raymond Ochoa could get just the right amount of direction to instantly step into his character and hit his mark each time. They knew they had the trust from Peter Sohn and could have fun with their part through that relationship with him.

When not directing the boys in their voice over parts, there was still plenty of other work to be done on The Good Dinosaur. In fact, much of the work began before they even began filming the movie. Sohn mentioned an adoration for old westerns and, specifically, the movie “Shane.” In order to truly immerse themselves in the world that Arlo would be living in, Sohn and his team visited the American Northwest. The crew went on horseback rides across the Teton Range and went rafting down the Snake River in Wyoming. It was all in the name of research and authenticity for the film and you can definitely see the fruits of their labor once you step into the theater.

Listening to both Sohn and Ream talk about their work on The Good Dinosaur, you could feel their passion and love for what it is they do. My favorite story was about the McKay farm where the film crew actually spent a lot of time and where the story you now see on the screen came to be. Watching this family of eight labor over their farm — together — for a greater purpose. The father of the family set the tone in teaching his children how to manage the chores on the farms. But, not by showing them, but simply having them jump right in and do it. Once you see the T-Rex family and Arlo’s relationship with his father, you will get a feel for the dynamics of how the farmers impacted the movie. Peter Sohn mentioned that the overall experience of spending time with this family in this place had the biggest impact. I believe it’s very apparent in the film. 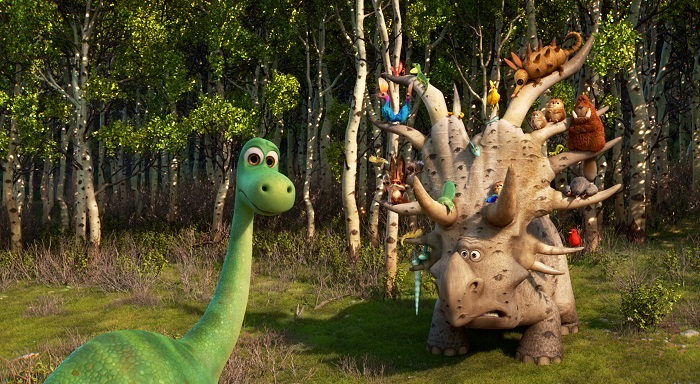 Oh, but, of course, Sohn ended up with a voice part in the movie too! He plays the mysterious Styracosaurus called Pet Collector. The fun part about that is John Lasseter directed him! Can you imagine? Wow!

Another fun fact that I actually found fascinating was the use of USGS data to literally “drop the dinosaur into an environment and move the camera around.” The graphics and animation in the film are absolutely amazing. There were times when I completely forgot that the movie was animated. The landscape looks incredibly realistic and you are drawn into the imagery. Even the clouds and water are to be celebrated in the backdrop. The team actually built a library of clouds and they used them to layer and manipulate into the incredible results you see on the screen. These 3D clouds, used for the first time in a Pixar film, have real shadows and add a whole new dimension to the animation.

I feel as though we only scratched the surface in our short time with Peter Sohn and Denise Ream. We could have talked to them for an hour and still had so much more to learn about the movie. Although most animated films take four to five years to make, “The Good Dinosaur” only took 2 years. With all the research, new techniques, and remarkable voice talents, the whole team was able to pull it off… and they did it well! 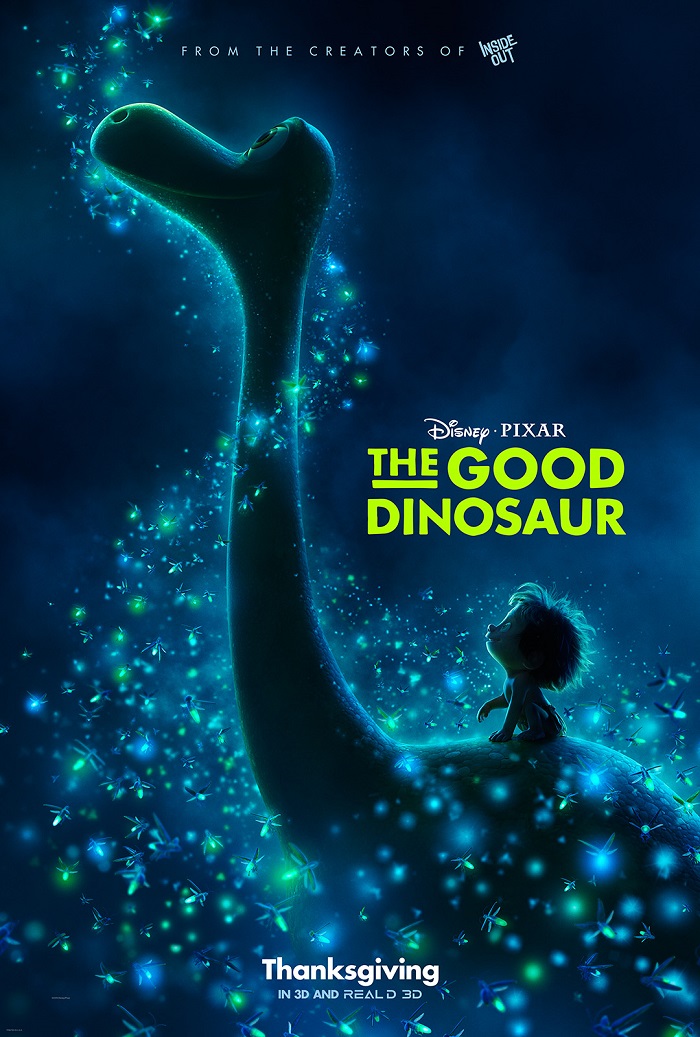 Be sure you watch The Good Dinosaur coming to to theaters this Wednesday, November 25th! 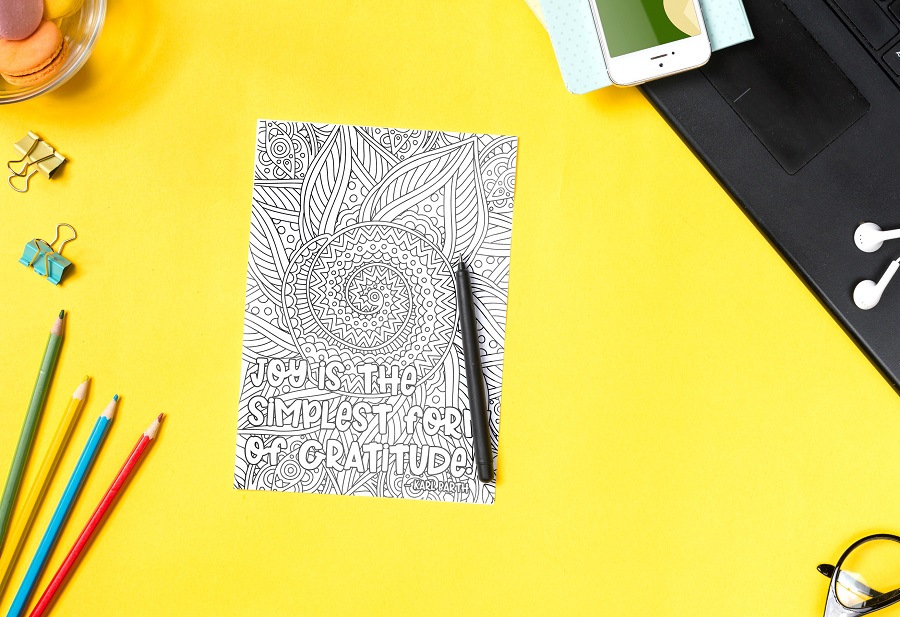