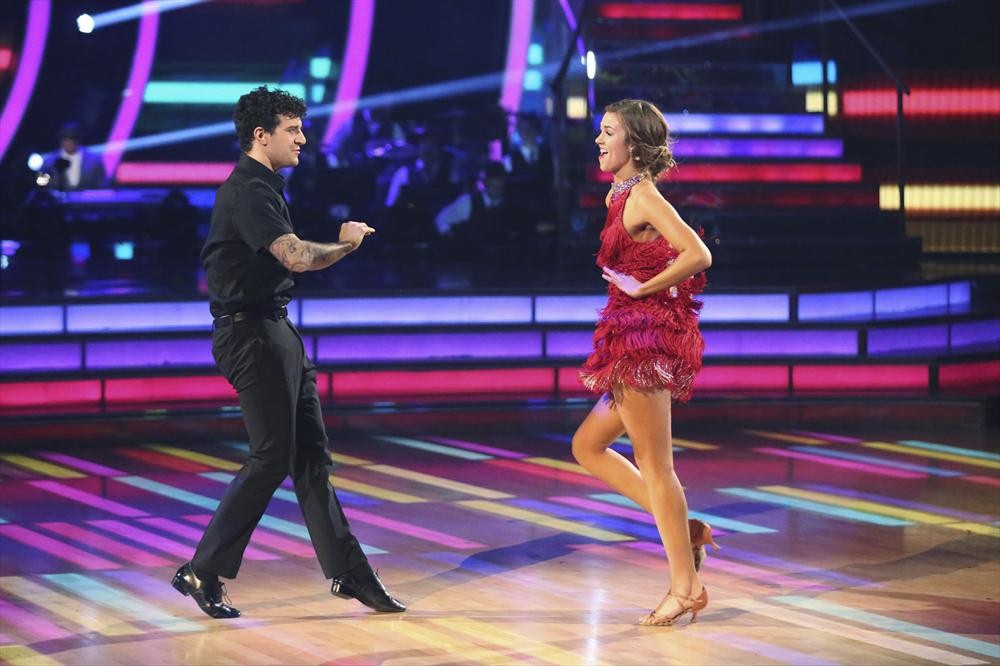 Walking onto the set of ABC’s Dancing With the Stars I really had no idea what to expect. This was my first live show experience and it was about to get real. I have been in a studio audience once before, but this was LIVE. The entire show was surreal and I am ready to go do it again!

Dancing With the Stars

Have you been watching this season? I have been following along online and catching up on the performances when I can. So, I knew who my favorites were and was excited about seeing each of them perform. The talent is amazing this season, as it always is, and just being in the same room with them was electrifying. The first glimpse of a star we got was when Sadie Robertson walked out of the studio to her trailer. Yep. That was it for me. I may have been a little starstruck. 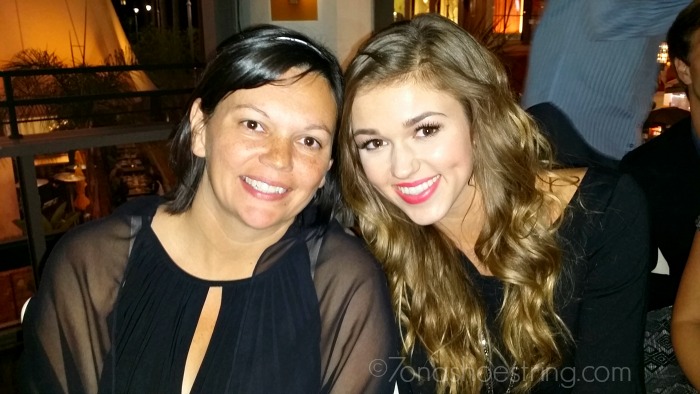 We headed into the studio down a long hallway to the set. Along the way, we were passed by Tommy Chong. Considering my dad was a big Cheech & Chong fan back in the day, I knew exactly who he was. Tommy was the one person my parents mentioned to me when they found out I would be at the show. So, even though I wasn’t able to stop and chat or grab a picture, just being in his presence was pretty incredible. By the way, hats off to Tommy Chong for being the oldest star to make it this far on the show! He is 76 years old and still cutting a rug on that dance floor!

Next, as we continued through the hallway to the set, I was about to walk through a door when I came face to face with the host of the show, Mr. Tom Bergeron. He was quite pleasant in the moment we stood there, then quietly pardoned himself, and went on about his way. But, again, I was in the same space as him so that was pretty incredible. And it led us straight onto the stage where all of the magic happens.

There were lights everywhere. 3 different stages. The judges table. Stairs to the dancers’ balcony area. It was breathtaking to take it all in. So much to see. People all over. And soon it was time to find our seats. We were on the lower balcony right next to where the dancers would head up after each performance. This also meant that in many shots of them heading up the stairs, you can see some of our group in the background. Must admit, that was pretty fun to see. Our family and friends back home were sending us screenshots of their TV screens when they happened to catch a glimpse of us. 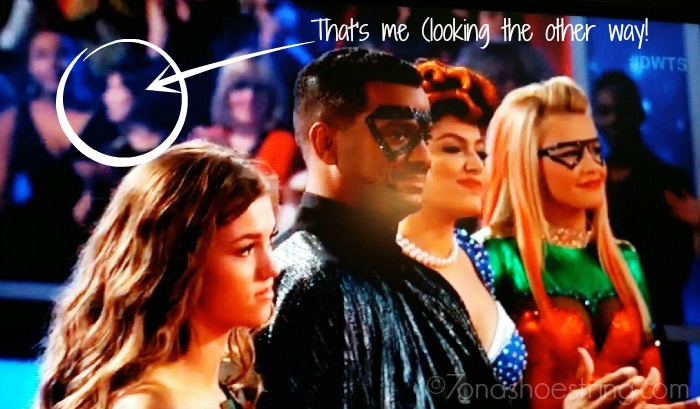 As the night progressed, it was a lot of engagement with the audience wrangler during commercials before back to audience duties while filming. Standing. Sitting. Clapping. Smiling. Standing again. You don’t realize how much of an active participant you actually are sitting in a live studio audience. It was exhilarating and amazing all together. Watching the dancers slide across the dance floors, fly in from a zipline overhead, and drive onto the dance floor in cars? Wow. I was clueless to the behind-the-scenes production on Dancing With the Stars but was quickly intrigued.

The hour-long show seemed to fly by and then it was time to head to dinner. The line-up of stars didn’t stop for us though. As we ate, we were also introduced to a few of the celebrities from the show. Lea Thompson stopped by with her 2 daughters, as well as her partner, Artem. Janel Parrish and her dancing partner Val showed up. And Sadie Robertson, along with several members of her family, joined us for a while and we watched her and Mark Ballas perform… with the both of them. This part of our evening was simply amazing. We were able to have one-on-one time to just talk and get to know them better.

Each one of them was incredibly gracious with their time and really opened up and the show and their time dancing. I think most of us completely forgot about our food once the stars came in. Having that sort of access to such talented celebrities is not an everyday occasion. I think we made the most of it and I, for one, had a new appreciation for what each of them do.

Who are voting for on Dancing With the Stars?

Be sure to tune in Mondays at 8/7c on ABC and vote for your favorites! Five remaining couples advance to the Semi-Finals and perform two routines during plugged/unplugged tonight, 11/17. The semi-finalists including Tommy Chong, Bethany Mota, Janel Parrish, Alfonso Ribeiro, and Sadie Robertson will perform to two different versions of the same song. At the end of the night, one couple will be eliminated and four couples will move on to the finals. Next week, on November 25 and 25th, catch the two-night finale as we find out who is the Mirrorball Champion of Season 19! Follow @DancingABC for show news and more.