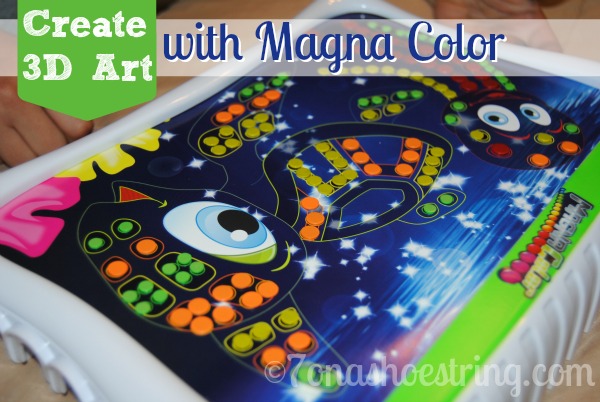 My 9 year old daughter is a crafting fool. She always has to be doing something. When I saw a product that would allow her to create 3D art I knew she would love it. The colors, the details, the intricacy of the designs… it all shouted out her name. I was introduced to the Magna Color at BlogHer last August and proudly gave it to my daughter for her birthday last month.

Setting up the Magna Color is simple enough. We opened each of the included colored Magic Dots as well as the magic dot pens. After seeing the product on display before, I knew the easiest way to shuffle the dots into place was going to be to pour them out on the surface and then sweep them into the back of the toy. 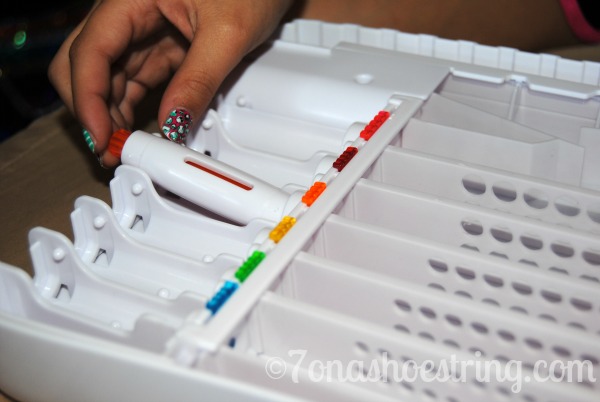 As they fall into the back, they are held in with a clear, plastic guard. I remember when watching the demonstration of it at BlogHer I was asked how the dots knew where to go. I promptly replied, “Because they are each a different size.” He said I was the first one that knew the answer. So, I asked my daughter the same question. And, in true form, she answered the same! What a smart kid. 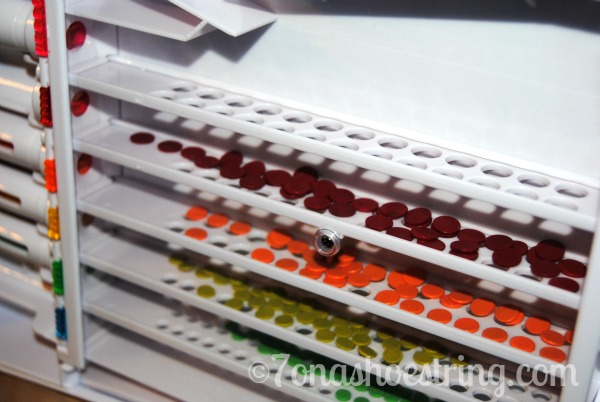 Now, after they find their perspective spots within the back of the toy, then then need to be transferred to their proper magic dot pen. This is done by simply tilting the toy so that they fall into the pens. Once one fills up, you can easily close the pen off with a simple slider that keeps the dots in the pen and allows the others to finish filling. 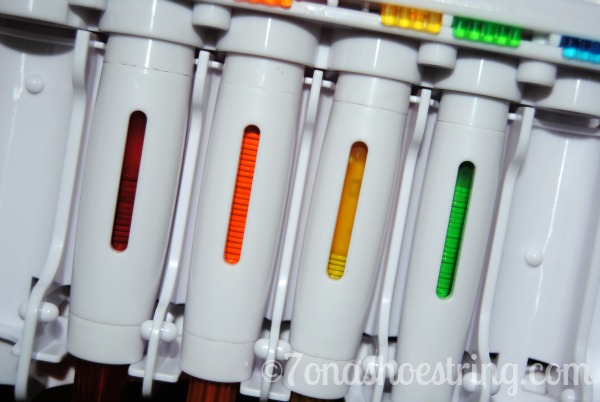 With the magic dots loaded in their colored pens, you are now ready to create your 3D art. There are included stencils which we used to begin with. The pens fit nicely into the girls’ hands and they understood quickly how to begin creating. Each with a pen in  hand, they chose their colors and begin laying out the magic dots. By holding the pen and pressing down a bit, you can hear a “click” and know that a dot has been released. They had a great time working together to finish each of the brightly colored pictures. 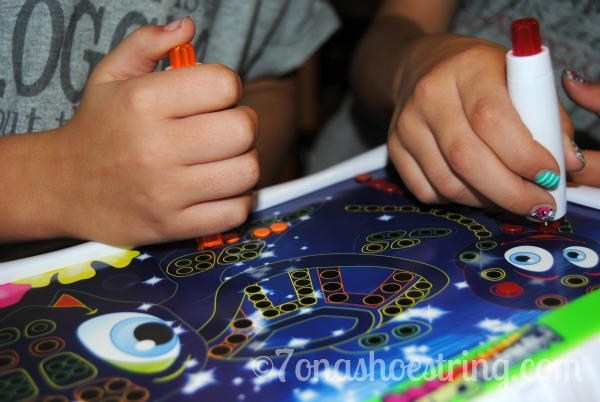 Afterwards, they took turns wearing the ultra-vision glasses to see their work of art pop out at them. Amazingly they played along well and passed the pens over when they needed to swap colors. Both girls enjoyed creating with both the stencils and on their own. And, as soon as my dad showed up later that day they made sure to have him join in the fun as well. Even he laughed as he helped the girls lay out the magic dots and looked through the 3D glasses to admire their works of art. I would say that overall the Magna Color was a pretty big hit… just as I knew it would be. 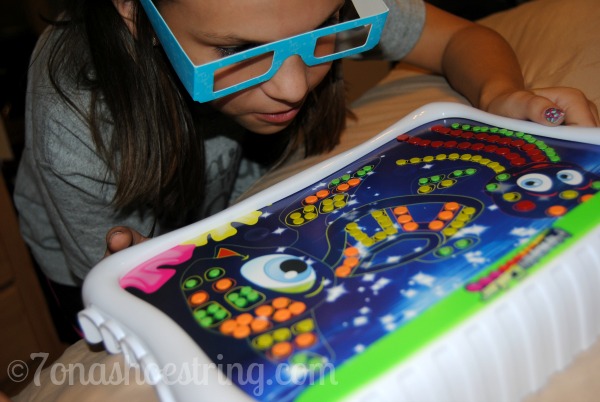 For your information, since the product is fairly new, there were a few problems with clumping of the original magic dot pens. If you write the company at [email protected] and let them know you have an affected pen, you will receive a replacement set of pens and Magic Dots.