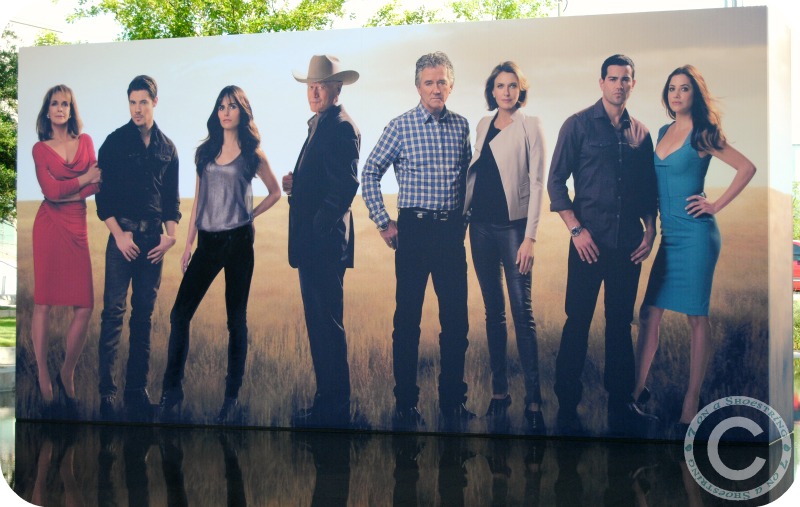 I remember growing up and seeing, “Who Shot JR?” all over town. I was unaware of exactly what it all meant, but I did know that my mom watched this show every week that had something to do with it. That was back in the 80’s. The Dallas series began in 1978 when I was only 4 years old. Living in Dallas, I have been to Southfork Ranch on numerous occasions and have walked through the White House on the property each time I was there. Looking at Sue Ellen’s bedroom and JR’s suite will take on a new meaning as the new Dallas TV show hits the air June 13th on TNT.

I was recently invited to attend the Red Carpet event for the New Dallas. This was my first red carpet event and it was more than exciting. I prepared my questions on a piece of note paper and stuck it in my pocket, charged my phone and my camera, and mentally prepared myself for talking to celebrities face-to-face. As the stars began walking down the red carpet, the camera shutters began and I was simply trying to take it all in. I was thrilled to be able to ask questions, share information, and simply talk with each star as they made their way down the red carpet. Each celebrity we saw was extremely nice, down-to-earth, and more than willing to answer our onslaught of questions. With that, let me share some of the great insight we gathered about the show and the stars themselves.

Interviews with the Cast of the New Dallas TV Show

We spend a lot of our time making sure we keep Dallas authentic to itself. It’s been a real hallmark for us to makes sure we bring forward the series from the past.  And not reinvent it but just sort of drop back in 18 years later and see how the Ewing clan is doing. ~Michael M. Robin, Exec Director 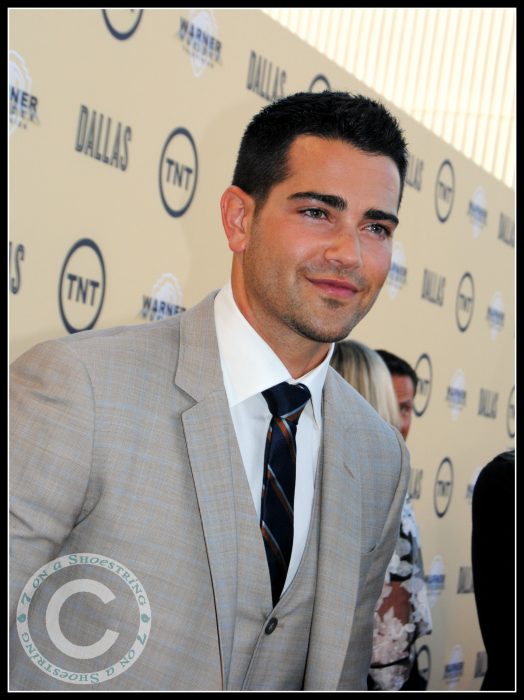 What word would you describe to be part of a show, like you said, that is going to be huge?

Jesse Metcalfe: I’m very honored to be part of this cast because I think it’s an incredibly talented cast. I feel very lucky that this came together the way it did, you know. It’s another great opportunity and I don’t think any of us have taken it for granted and we’re really proud of the show we’ve created. We just can’t wait for people to see it.

Do you think the younger generation is going to take to this show?

JM: I do because I think they cast the new series well. I think we have incredibly good chemistry. We have great writing and the writing and the story telling is very contemporary. Just as times have changed, just as the city of Dallas has evolved, so has the writing. It’s very socially, politically relevant and I think people are going to gravitate to the show. I really do. I think now is the time for the comeback of the scripted drama and hopefully we can help blaze that trail.

What’s it like for you stepping into an iconic role such as that of Bobby Ewing and how do you balance that with making it your own thing?

Do you have any apprehension about stepping into a show that people have such a strong bond with?

JM: Yeah. Initially I had big apprehensions. I didn’t know if it was such a good idea to remake such an iconic show and such a show that was so quintessentially 80’s. I didn’t know how they were going to pull that off but once I read Cynthia Cidre’s pilot episode, and I saw how she bridged that gap, how it was a continuation, like the cameras won’t rolling for 20, 21 years, and how she set up all these amazing storylines in the pilot episode, and she wrote these rich, complex, dynamic characters, I was like, Yeah, this is something I definitely want to be a part of.

Did you go Netflix all the original episodes leading up to this?

JM: Yeah, I got the season 1, season 2 boxed set and started there. Watched scenes online. I mean, I have definitely barely chipped into the 350-some odd episodes that are out there. But I’ve watched a nice chunk of them to really get a sense of the tone of the original series, and I think they really transitioned in the new series perfectly. 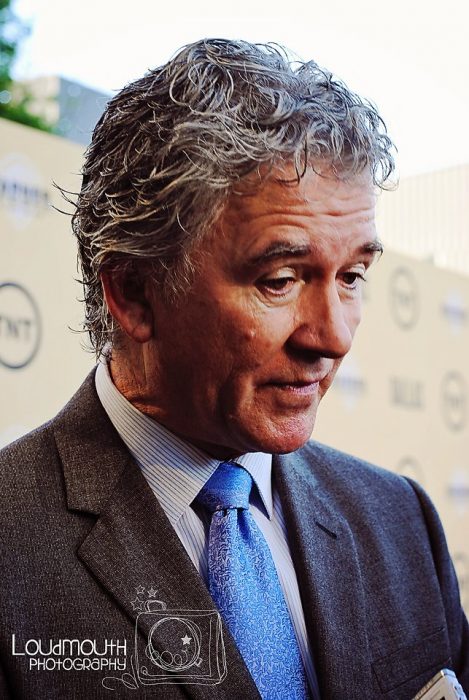 What’s it like to step back into this character after 20-some odd years?

Patrick Duffy: Well, I think if I were playing more of the character role it might be a little different, but Bobby was pretty much an ordinary guy with a few billion dollars… if you can be ordinary with a few billion dollars. But, in terms of his character, he was just a good guy who tried to hold his family together, so it wasn’t a stretch to come back to work. What it was was emotionally really interesting. Emotionally to step on the set with my two best friends that I’ve had for 30+ years, Larry and Linda, and be able to work with them again was, umm, I had to hold onto things for the first couple of scenes. Just because it was emotionally very, very touching for me, and then we got used to it and said, ‘Here we are! We’re back at work!’

What about the younger generation that will be watching? They will recognize you as the dad from “Step by Step” not “Dallas”, so do you think they will take to this show?

PD: Hopefully they let that go right away. I do and the reason I think so is a lot of our young actors on the show have shown the pilots and the first seven episodes, which we all have copies of, to their friends who have no idea who the original ‘Dallas’ cast is or should be and they like the show by virtue of what the show is. They didn’t know it was Bobby and JR and Sue Ellen from 30 years ago, they just went, ‘This is a good show!’ There can be old people, and this and that, and the way it’s filmed and the script, it stands on its own merits.

Is it easy to step right into it without watching the original series?

How does it feel to step back into Bobby’s skin after all this time?

PD: I don’t think I ever left Bobby’s skin all that much. By virtue of what I look like and the roles I get offered, it’s pretty much not the same part, but the same genre. Good guy, good father, now good grandfather, those kind of parts. So, to step back into Bobby was just finding the wardrobe and remembering how to get to Southfork Ranch, and, other than that, it was pretty easy.

Do you feel you play the role of Jock now in sense as Bobby at the helm of the Ewing table?

PD: I play Jock and Miss Ellie to be quite honest. In other words, we’ve lost Barbara, we’ve lost Jim, but their function on the show is the function now that’s been allocated to the character of Bobby. And I do sit at the head of the table, which is a very strange thing after all those years. Bobby never sat at the head of the table, and to play that part, and to be the moral sounding board for the younger characters that are on the show, is a job that Miss Ellie and Jock had. And I think at my age it fits me very well.

What do you feel is the chemistry between you and Brenda Strong as your new wife?

PD: Look at her! She’s got pheromones where most people just have wardrobe. 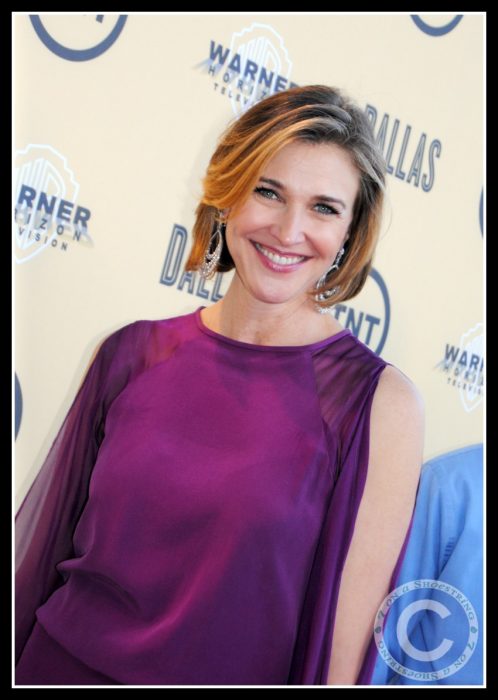 You’re stepping into a new show that was previously in the original series, what’s it like coming into this role with some sort of history as Bobby’s 3rd wife?

Brenda Strong: What’s great is you have a pre-established family so, like any woman that marries into a new family, you have to kind of discover where the skeletons are and tread lightly. And at the same time, she knows that JR is up to no good, and at the same time she wants to make sure that there is peace in the family. And, Ann Ewing is the best of Bobby. She’s got the heart, she’s got the soul, and the same time she’s tough. She’s a Texan woman and she’s not afraid to stand by her man and shoot anybody that gets too close.

BS: I loved it. I wouldn’t have wanted to shoot this anywhere else. The city itself is another character. Southfork is a dream being able to shoot out on the land and feel like we’re part of the history there and a legacy. It’s great to be here and it’s nice to sort of seamlessly come in and out of the city and feel like we’re home. I literally, when I flew in, I felt like I was coming home. And I know that sounds strange but this has become home for me. I missed it. Glad I’m back!

In 1987, you played with Ken Kercheval in one scene that was hilarious, how does it feel to be back?

BS: I am so happy to be back and in a rich role this time. In a role where I’m part of the Ewing family and not a one night stand of the enemy. I couldn’t be happier. I feel like I’ve just been given the biggest gift to be part of this legacy. 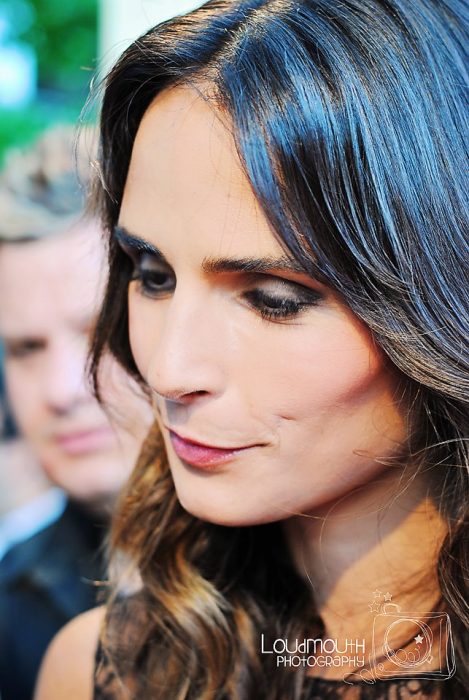 How does it feel coming into a show that was so big in the 80’s?

Jordana Brewster: You know, it’s not a remake, so I think it will be really cool for the audience to see like did Sue Ellen screw up the relationship with her son? How’s Larry doing with his son? What in the world are the kids up to? Because the original audience saw these little babies and these little kids and they’re probably wondering how did they turn out? They don’t know giving their upbringing. I think that’s really fun?

Did you watch the show when you were younger? 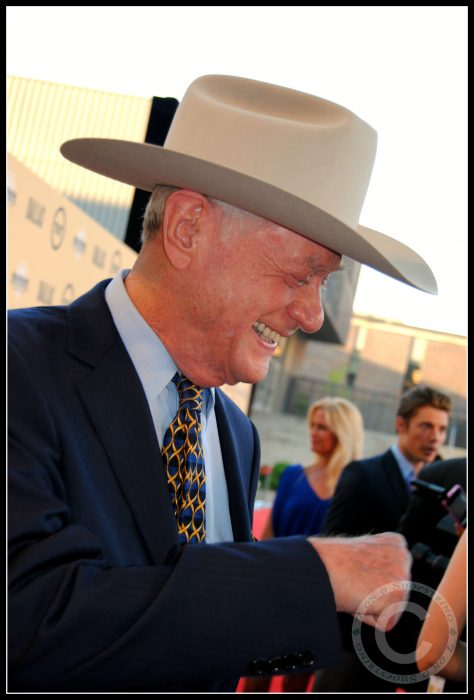 How does it feel to be back on the set after 20-some odd years?

What do you expect this time around that we didn’t see last time?

LH: Faster. No long lingering plots. It’s just in and out.

Is it exciting to be JR again? Are you as conniving as you were on the original series? Do you feel good in your skin? 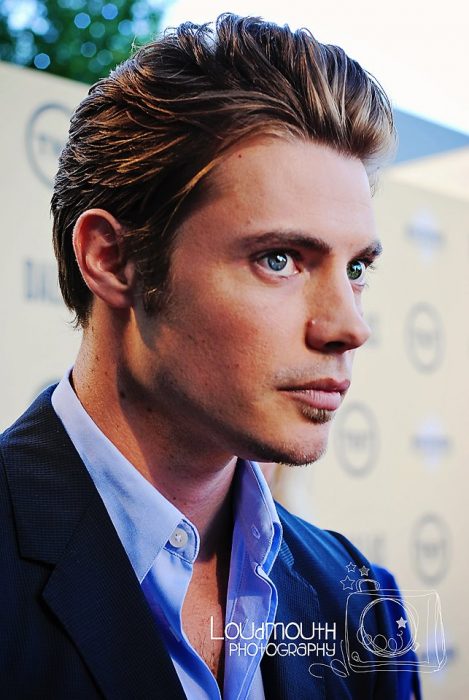 You are from Texas, so did you ever imagine you would be here on the show Dallas?

Josh Henderson:It’s very much a dream come true and I took it really seriously. I am so honored and I got to come home and shoot the show that put this city on the map Worldwide in a positive light. So, it’s the best thing I’ve ever done.

Disclosure: I attended the event as a member of the press and no compensation was received for this post.  All opinions are 100% my own.