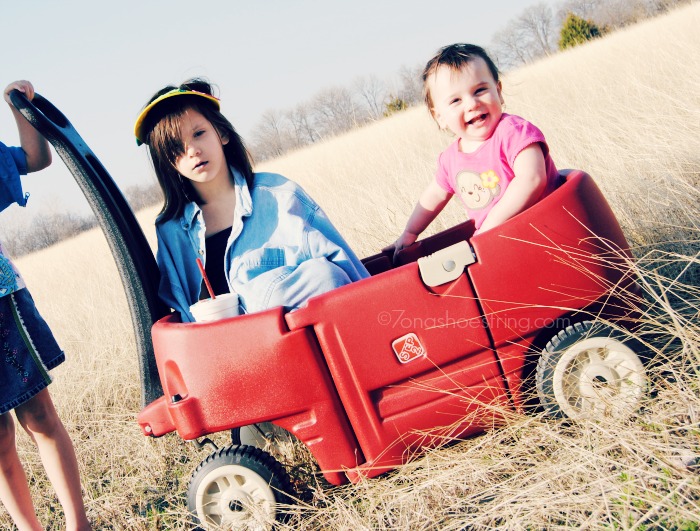 When you are young life is supposed to be all unicorns and rainbows, correct? I mean, your biggest worry should be which shoes to wear to school based on PE or music or what game to play at recess with your friends. Simple stuff.

My 6 year old is totally like that. She doesn’t have a care in the world and is soooo sssslllloooowwww at everything. She is the “Princess” and time stands still for her. Unfortunately, it doesn’t work that way for all kids.

There are children that have really tough issues to face at pretty early ages. No kid should have to worry about their grumbling tummy or how mad mommy or daddy may get later. That makes me sad to know children face these real issues daily.

But, for my 8 year old things like this are not on her list of worries. She is well fed and cared for, has a roof over her head, great friends, and a closet full of cute clothes.

Her worries? The kid absent from school today because he was sick. The grandma mentioned at church who has cancer. The man at the store who was in a wheelchair. She carries the worries of the world on her shoulders.

Although I LOVE her humongous humanitarian heart, I wish that she would just be a kid for right now. And this is nothing new… she has been this way since she was at least 3. Seriously!

Things like this have always bothered her and even her “imaginary friends” back then were overpowered with very adult problems.

She internalizes everything and makes the problems of those around her become her own. She’s 8.

Knowing that I do the same thing {almost 30 years her senior} it is hard for me to rationalize to her why she should not. “Because I am the mommy.” That makes no sense to her.

Therefore, when my mom was diagnosed with cancer in 2010, poor JJ became overwhelmed with the idea of it all. She had struggled with things prior, but never faced the possibility of losing someone that close to her. It sent her into a bit of a tailspin.

She was diagnosed with chronic constipation in April of 2010, and even after my mom was officially in remission later that Summer, JJ still continued to carry her stress.

By January of 2011 she was diagnosed with anorexia and depression.

After 5 days in the hospital, we came home and began a journey with Lexapro and Miralax that was the worst walk we have ever experienced.

The medicines threw her serotonin into toxic levels and we were dealing with fits of rage like I have never seen. (*Look up studies on the adverse effects of MIralax on children)

She would become angry at the drop of a dime every afternoon when she came home from school. Every afternoon. We prepared for it but cringed when it began.

She would cuss at scream. Bite and kick. When I tried to call her by name she insisted I call her “Master of Evil.”

I cried and cried as I held her between my legs… my hands holding her arms criss-crossed over her torso and my legs entwined over hers to keep her from breaking lose.

My son would help while my oldest daughter kept the other girls away from the site. My husband would rush home from work and an hour or so later we would all cry together once it stopped.

This, again, was every day! We were at a loss.

She began to threaten to kill me and asked my other daughters to go get her a knife so she could do so. We had to hide every knife and pointed object in the house. We had to disconnect the microwave because she insisted on putting pans in there.

Our house was put on lock down and we were afraid to sleep at night. Finally, after a breakdown in March where she said she was going to kill the baby, we had to take her to the ER. She insisted because she knew something was wrong.

That landed her in a psychiatric ward for a week. Again, one of the toughest choices we ever made as parents, but it turned out to be the best one.

After taking her off all medications not related to her physical ailments, and months of play therapy, JJ eventually began to improve. By Thanksgiving of 2011 we were finally seeing “our daughter” again.

Now, 1 year since the day she was released from the hospital and sent home on the Lexapro. 1 year ago since the nightmare at home began.

And today, I am beyond elated to say that she is back to being herself… and we are more than excited about that fact!

She still struggles with the constipation and her GI doctor says it could be a lifelong battle, but her emotional issues are improving daily.

Although she may always have a compassionate heart, we are working with a psychologist on how to better handle those feelings.

She uses her creative outlets to express her emotions so that crafts, pictures, poems and music videos are a constant in our home.

There is no more “Master of Evil.” Our knives are once again back in their childproof spots.

The microwave stays plugged in and we sleep peacefully without fear. She laughs. She smiles. She loves school, her friends, church, music, and just life in general. The tears we cry now are tears of joy.

I am so excited to know she is on a constant road to recovery and that God has big plans for her. Her testimony will be one of great triumph and I pray others are able to see God’s presence through it all as we have shared it with others.

Be joyful in hope, patient in affliction, faithful in prayer.