There is definitely something to be said for driving a 2015 Lexus NX around Seattle. The scenic landscapes and still waters make for beautiful backdrops as you drive past. And inside, there is luxury and comfort abound. 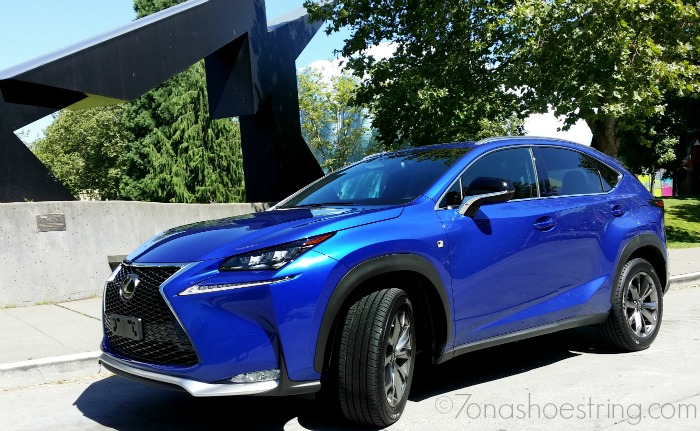 Stepping outside, Colby and I decided the 2015 Lexus NX 200t F Sport was the way to go. The bold Exceed Blue front fascia portraying the signature Lexus spindle grille of the F Sport was calling out to us. Slipping into the body-hugging, quilted NuLuxe front seats (exclusive to the F Sport), we were instantly enveloped by the comfort of the seats. 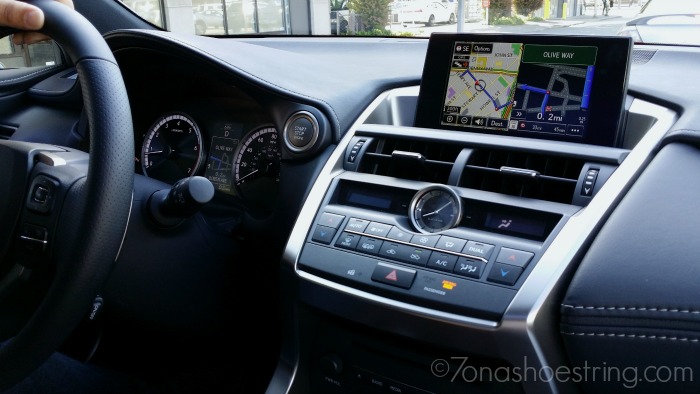 The center console quickly became the centerpoint of our attention as we became familiar with the NX. Already aware of past Lexus features, the new NX featured several firsts for Lexus, including:

There is one technology “first” I was very interested in checking out once we got into the car. The 2015 NX is the first Lexus to offer an available Qi wireless charging tray inside the console box. As someone who uses her phone for social media, email, and pictures on a consistent basis, I am always needing a charge. The convenience of simply opening the console and laying your phone on a mat seems remarkable. 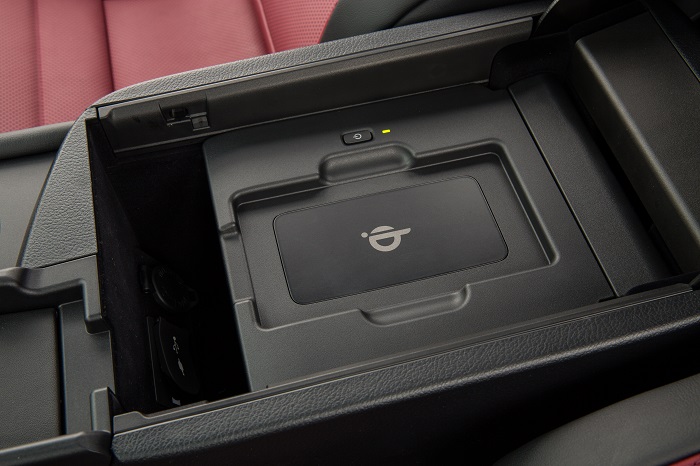 And, well, it did seem to be with those with a phone smaller than my new Samsung Note 3. It was about a third of an inch too long. Hopefully this is something that will be looked into considering the vehicle is still in pre-production. Alas, it is still a very cool concept and all our kids would be able to use it. Ha! 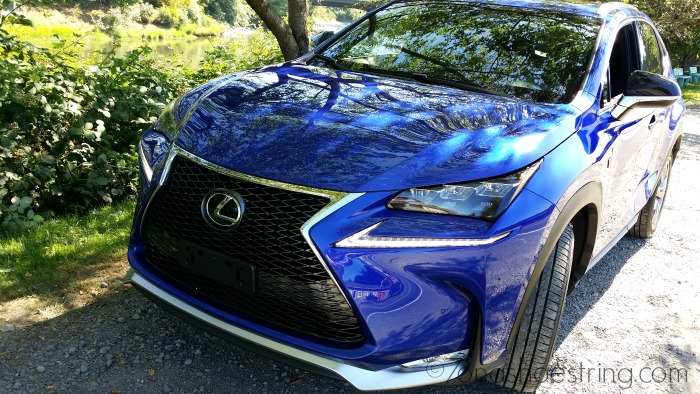 Speaking of kids, I always go back to the safety features. Keeping my family safe is the utmost of importance when inside a car and the 2015 Lexus NX brings peace of mind with this list of protection measures:

Overall, we had a great ride. Colby cycled through the various settings of the NX using the Drive Mode Select. There was a noticeable difference using the Sport mode that gave us a bit more “get-up” when we accelerated. 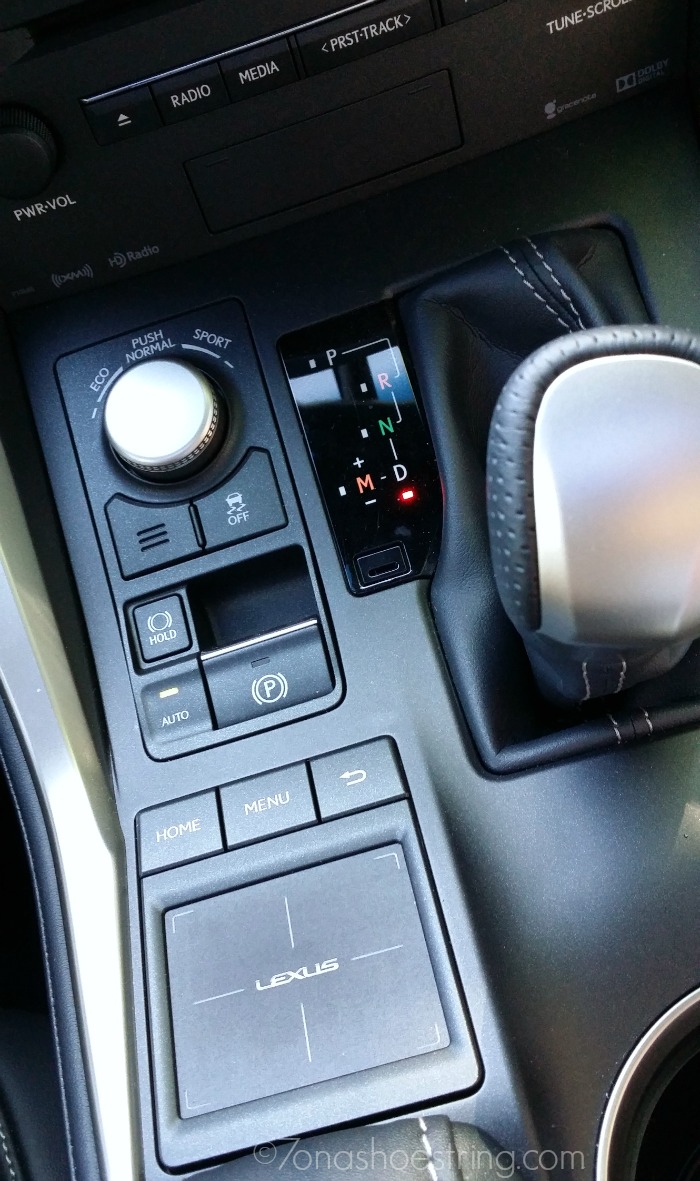 The Active Sound Control (ASC) button allows you to enhance your driving experience through auditory senses. Now, we did hear a bit more engine noise, but when you have such an advanced engine, there is a considerable noise difference from days of old. Keep this is mind when you push that button. 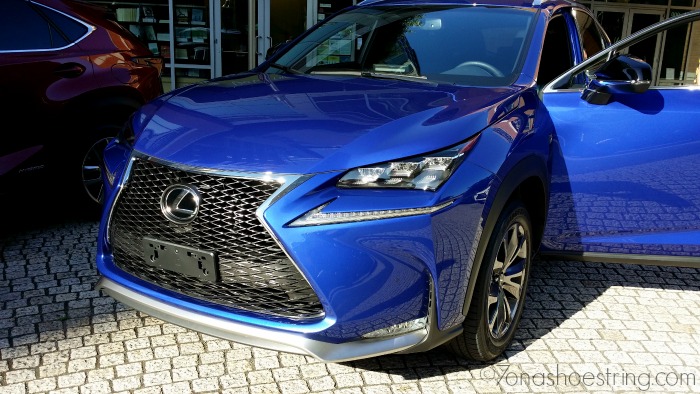 The 2015 Lexus NX will debuts in two versions: the NX 200t with a turbocharged 2.0-liter four- cylinder engine and the NX 300h hybrid. Watch for more updates and news by liking Lexus on Facebook and following @Lexus on Twitter.