Considering the 41-28 win the Dallas Cowboys had over the Chicago Bears last night, things were already going well for COO Stephen Jones this afternoon. The delivery of his new 2015 Ford F-150 simply made the rest of his weekend even better. 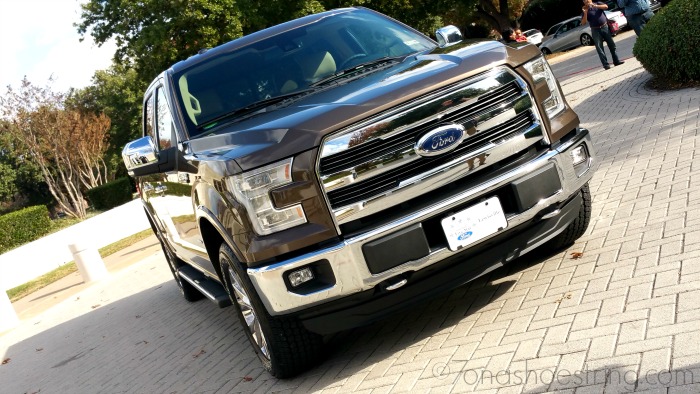 The Jones’ family is a long-time customer of the Sam Pack Five Star Ford dealerships and the fact he Stephen ordered the all-new aluminum truck from them was no surprise. The fact that his 2015 Ford F-150 was the first off the train here in North Texas was. It was by coincidence that Stephen Jones’ Caribou Metallic F-150 was set to be the first truck to get delivered in the area. There was plenty to be cheering for at the Dallas Cowboys Headquarters here in Valley Ranch today. 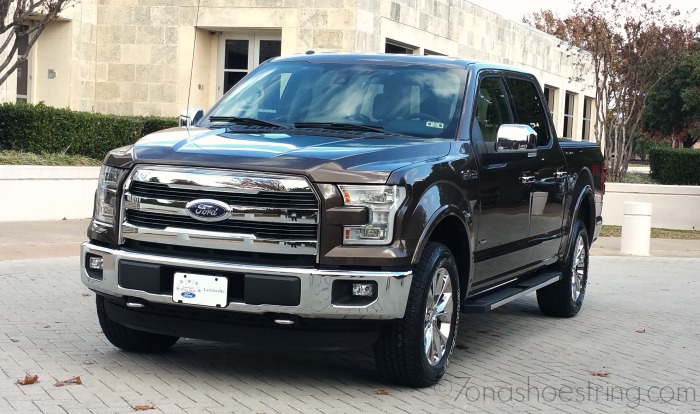 Mr. Jones currently drives a F-150 Platinum edition and was excited about getting behind the wheel of the 700 lb lighter 2015 Lariat. “I’ve had my eye on the new F-150 since the first time I heard about all of the features, including the high-strength aluminum-alloy body.” He was surprised to hear his truck was the first to delivered in the area and stated, “I’m thrilled to be the first person in North Texas to take one home.” 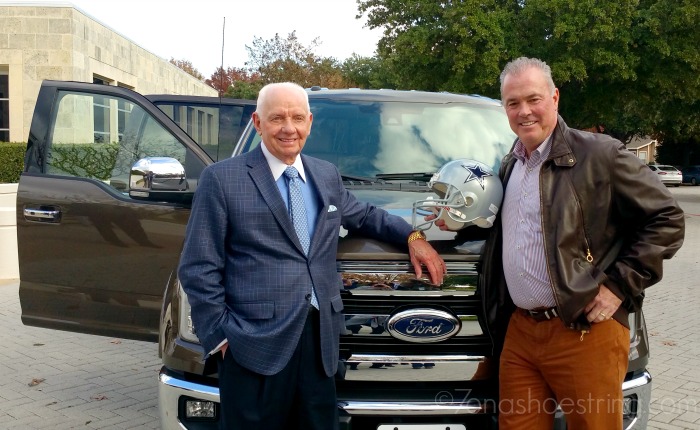 In fact, he was so excited about today’s delivery he even decided to color code his outfit with the beautiful Caribou Metallic of the truck. It’s the little things, right? Oh, and yes, Jerry Jones did come out to get a look at the new F-150 as well. He assured us all that he would ask permission before grabbing the keys to the pick-up and taking it for a drive. 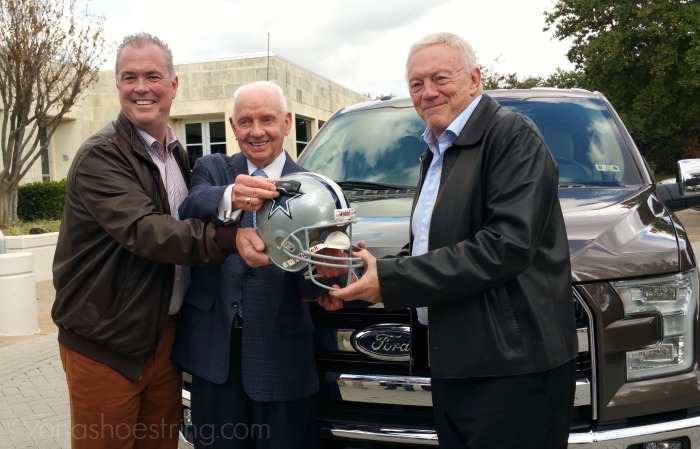 The four-wheel drive, 3.5 liter EcoBoost V-6 may be hard to resist for too long. Plus, with the 36-gallon extended range fuel tank, Jones will be able to drive further on our long Texas highways before needing to stop for fuel. 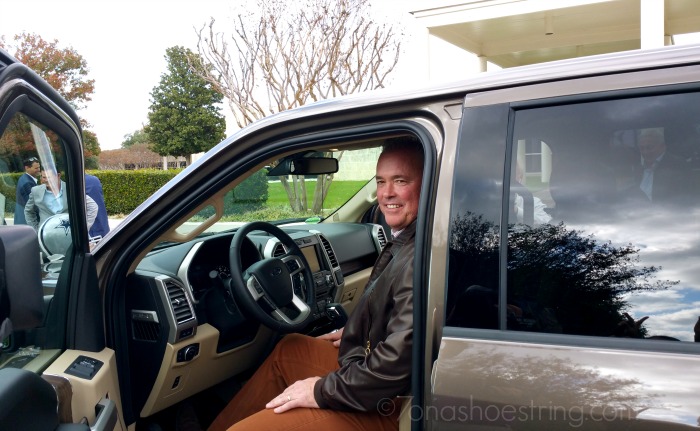 Today’s delivery marked only 1 of the first 10 across the country. Ford F-series trucks have been the best-selling truck in America for 37 years and the top-selling vehicle for 32. The all-new 2015 Ford F-150 is Ford’s smartest, toughest and most capable F-150 ever.