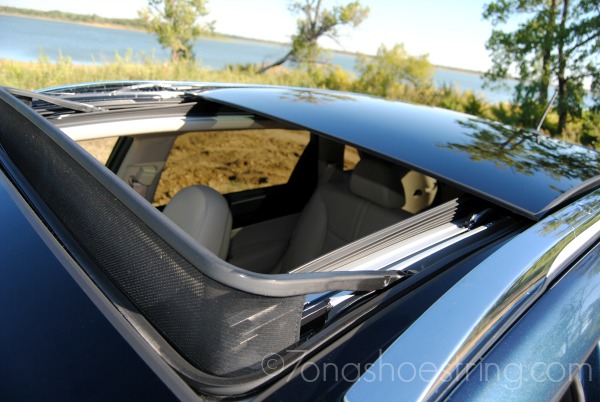 From the moment the 2014 Kia Sorento arrived, the one thing all of us noticed right away was the panoramic sunroof. There is no doubt that being able to view the outside world from anywhere inside the SUV is a great luxury. 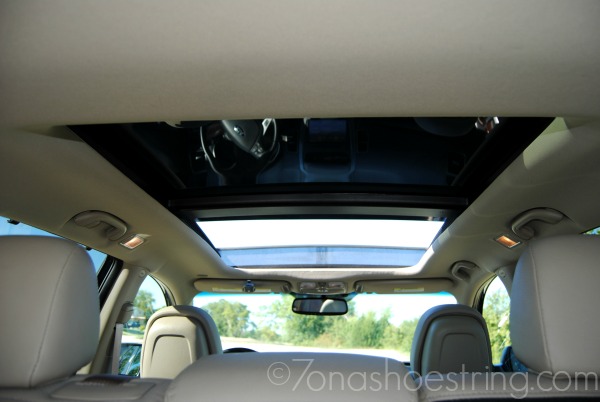 Although the sunroof takes precedence when inside the Sorento, that is not the only feature that we enjoyed while cruising through the city. In fact, it had a nice steady ride and was easy to drive. The FlexSteer functionality allows the driver to select from three levels of assistance (Comfort, Normal, and Sport) that adapts to your driving style. The electric power steering makes turning and maneuvering the vehicle lighter and easier. 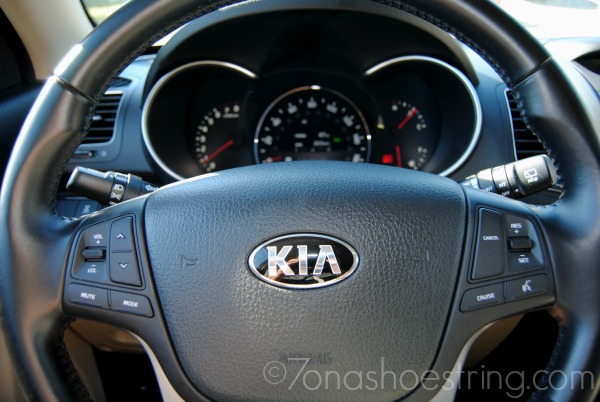 Whereas we enjoyed the handling of the vehicle, the kids still really liked the panoramic sunroof. It definitely made the compact SUV feel much roomier and spacious. Plus, fresh air was a comfort for everyone in the vehicle with a simple push of the button. The power sunshade offered the ability to view more of the world outside the Sorento when the temps did not allow the opportunity to open up the top. But, I can promise you we had the sunroof open every chance we had.

In addition to the sunshade over the sunroof, there were also integrated sunshades over the rear-seat windows. Easy to find built-into the door, they were simple to quickly pull up and let the back seat passengers enjoy the protection from the sun. It may seem like a simple luxury, but when the sun is baring down it can be such a huge relief. 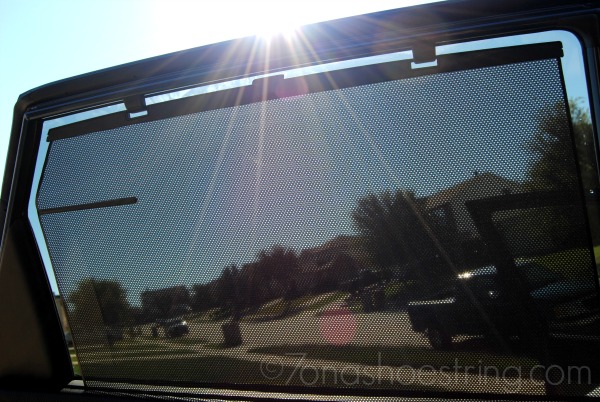 Speaking of the kids, we often have a stroller, wagon, bike, etc. along for the ride when we are out for the day. The Kia Sorento has 36.9 cubic feet of cargo space without the optional 3rd seat. Not bad when you have a load to carry with kids in tow for a day at the beach or other getaway. 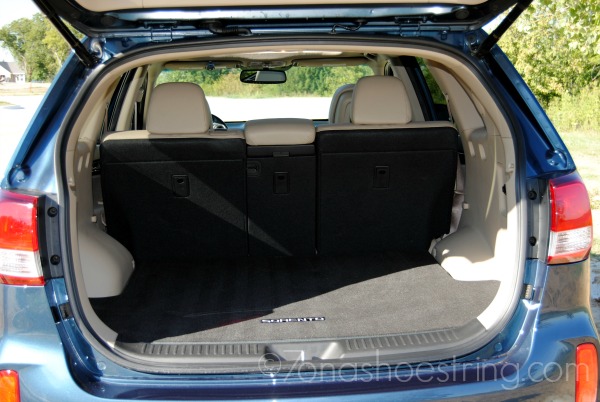 And, perhaps one of the most important features of the 2014 Kia Sorento was its recent five-start crash-test rating from the National Highway Traffic Safety Administration, as well as a Top Safety Pick rating from the Insurance Institute for Highway Safety. Cannot complain about safety ratings like that when you have precious cargo to tote around. Some of the safety features include:

Where would you take the 2014 Kia Sorento out for a drive?

Overall, the 2014 Kia Sorento was such a fun compact SUV to drive for the week. The kids had plenty of space to enjoy the ride, and could see from every seat in the car. Sometimes, luxury can be found in the little things like being able to stare at the clouds as you travel down the road. It sure brought a huge smile to our kids’ faces. 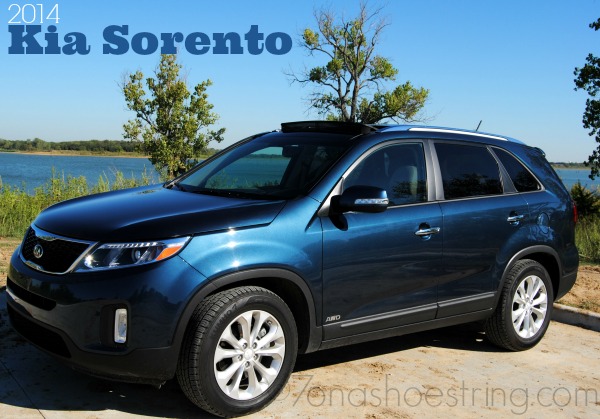 Learn more about the 2104 Sorento and the rest of the Kia line-up by liking Kia on Facebook or following @Kia on Twitter.